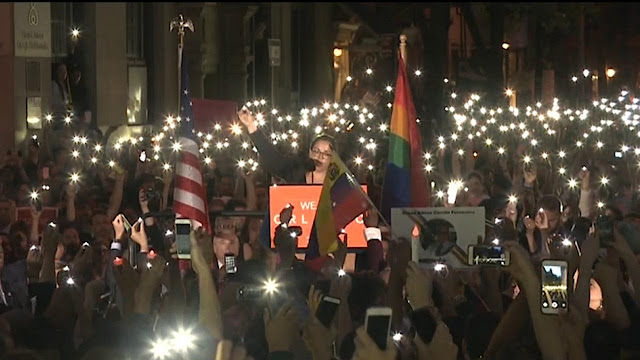 There are far too many terrible things in this world and my natural inclination is to ignore them as best I can. Unless tragedy touches me personally or affects someone I know or care about, I can't help but view it through something of a detached lens, as though I'm just an observer of history unfolding. I would have no more emotional response then if I read about the Mongol conquest. I know it makes me a little strange - I've even googled it to see if it were a symptom of sociopathy or Aspbergers or some other condition that might give one a low sense of empathy. It doesn't seem to exist.

Every time there's a tragedy like Orlando, I see a different response from other people and honestly I don't quite understand it. There's the Facebook posts expressing sadness or solidarity. People change their profile picture to something with a flag. People get together to hold candle light vigils. Honestly, I never quite understood it. I saw it as fake. As though somehow people were clinging onto other people's grief so they could feel like maybe they were a part of a major event or something. I mean, do I really need my friends to post up flags and hearts on Facebook so I can know they're opposed to murder?

Last night though, my partner texted me after work and told me she wanted to go to the vigil being held at Stonewall Inn. After work I had to run to Callen-Lorde to pick up my prescriptions anyway, so I was in the neighborhood. I'm not sure why, but I told her I'd go with her.

We got there at maybe 6:30pm and already there was a huge crowd gathered. We ended up behind the band, which was behind the stage. Yes, it was that crowded. It was amazing how well the organizers had managed to put something like this together. They only had maybe 12 hours to schedule an entire marching band, schedule speakers including the Mayor and Governor. We couldn't hear many of the speakers but really that was our fault for showing up too late to snag a good spot.

But the speakers we heard all delivered the same basic message; we, as a community, are not going anywhere because our lives matter. We, as a community, will continue to fight for common sense gun control and continue to fight for LGBT rights. We're not afraid. An attack on one of us is an attack on all of us. Love will triumph over hate. It'll be a long fight, but we'll win. We will win.

It was good to hear. The thing that really got to me was when they read the names of the Orlando victims. All 49 of them. And their ages too. It's the ages that got to me. Fifty is just a number. It's a statistic. But, when the read out the names I started feel what other people feel. Those kids. They were just kids. So many of them. People my age and younger. Kids who were just 18 or 19. Their whole lives were ahead of them and they were cut down for what? For petty, stupid hate. It got to me. It finally got to me. The vigil made it real for me. Seeing people around me in tears, heart broken but defiant. It brought tears to my eyes.

Maybe chanting doesn't accomplish anything. Maybe flag dancers don't help achieve our goals. Maybe political solutions are too complex for slogans, signs or speeches. But now, I think I understand that sometimes people need to heal. And sadly, some wounds can never heal. So you have to do something, anything. It's the only way you can escape the feeling of utter helplessness in the face or horror. I get now that some people need that. Some people see the hatred and evil in our world and they have to do something. Even if it is just a Facebook post, they have to do something. I get it now.

But we aren't helpless. We can do more. Write to your congresspeople.

And show love and support. Love is the greatest revenge. 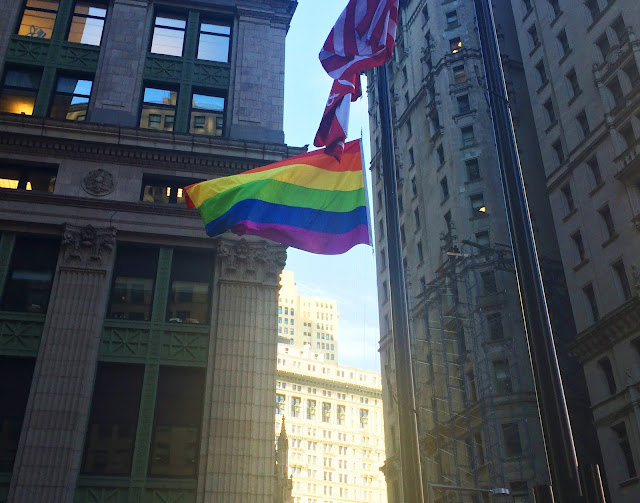 Posted by Faith DaBrooke at 8:11 AM