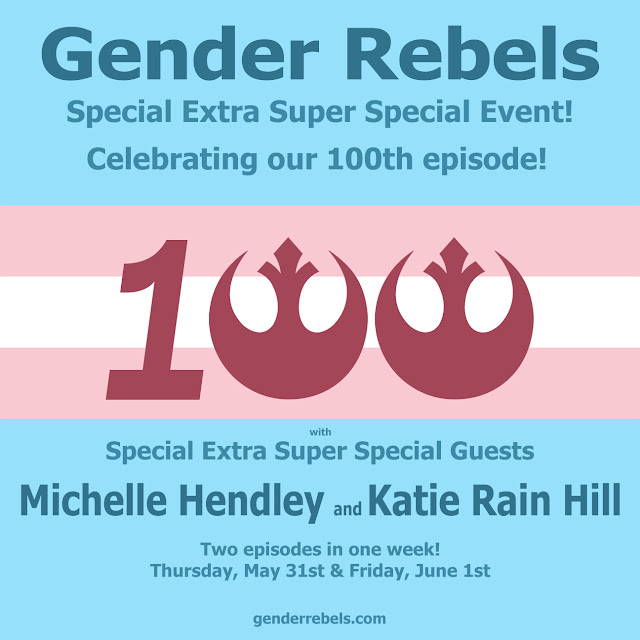 Posted by Faith DaBrooke at 6:42 AM No comments: 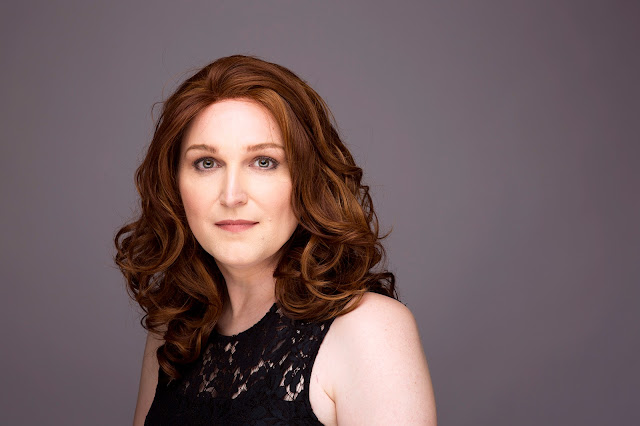 While I have yet to get any professional modeling or acting gigs (despite two auditions and one callback), the photographer who did my head shots sent me a ton of the pictures from the shoot I did with him. Now, I don't love them all. Quite frankly I'm still a little annoyed that he kept making me put my hair out of my face. Dang it, man! I like my hair in my face. Otherwise I look like I have a giant pumpkin for a head. Ah well. Despite this there were some beautiful shots. So I thought I would share some of my favorites. 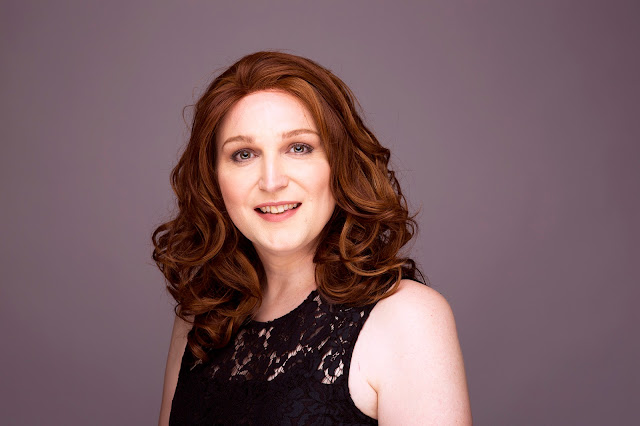 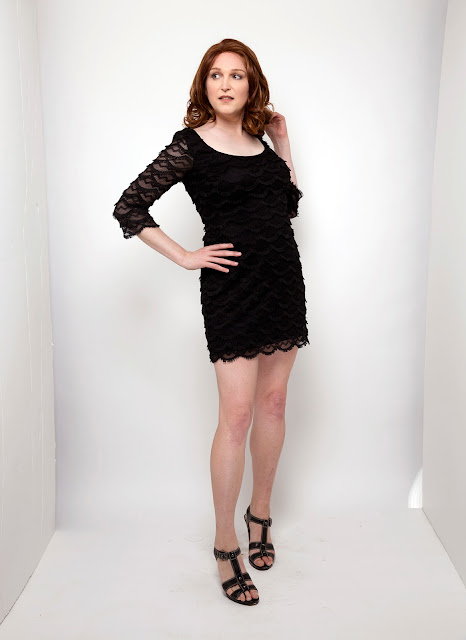 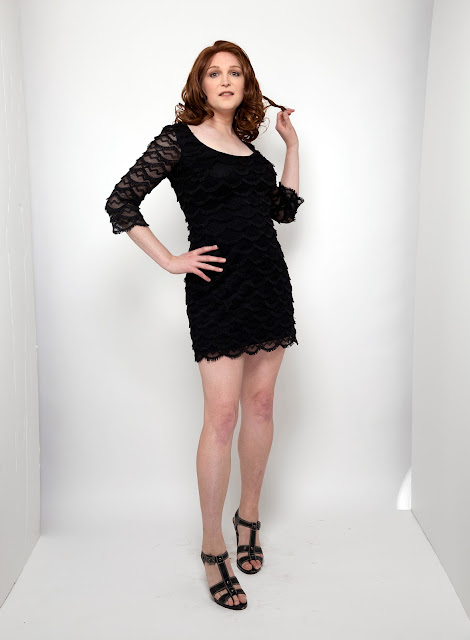 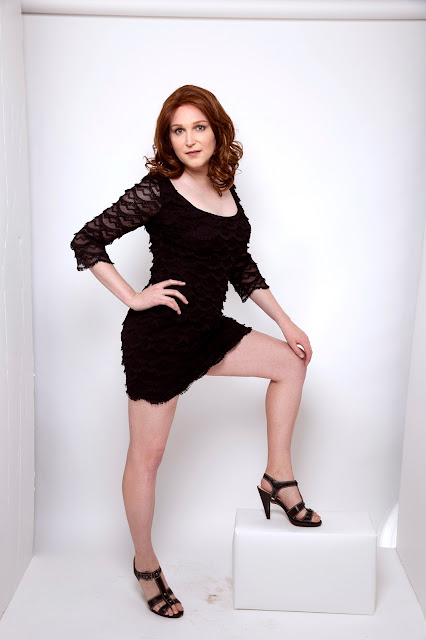 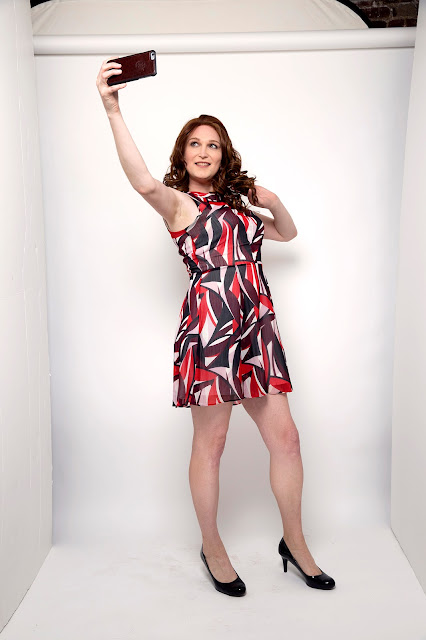 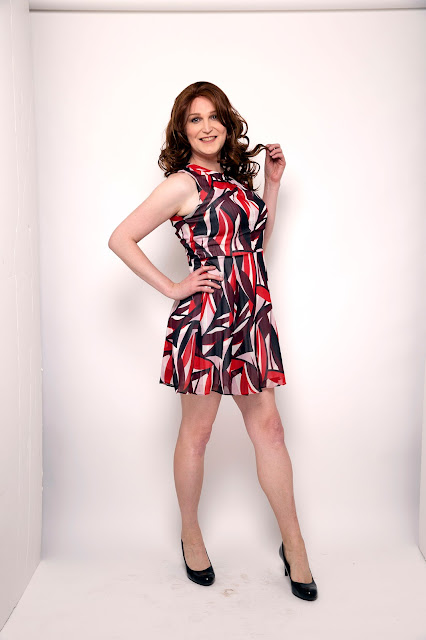 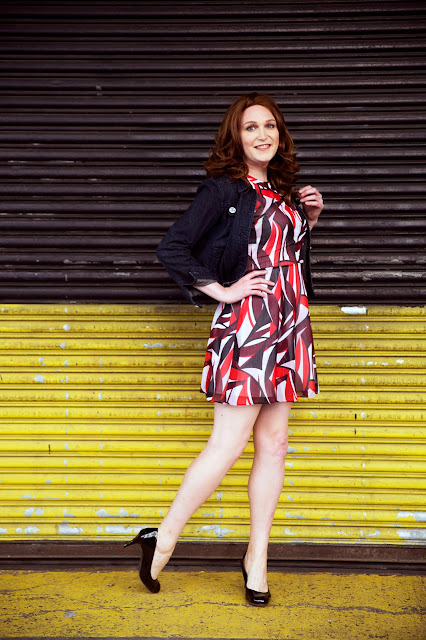 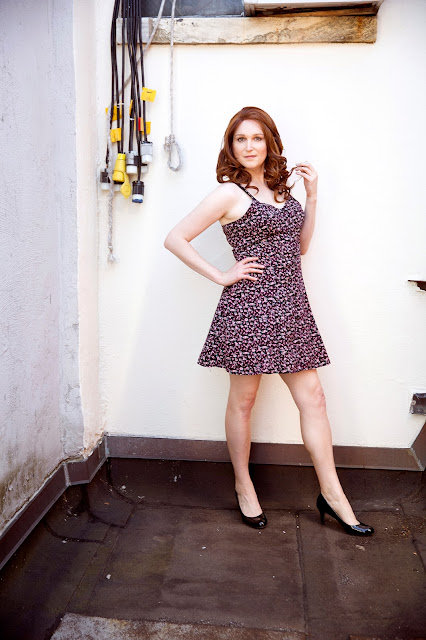 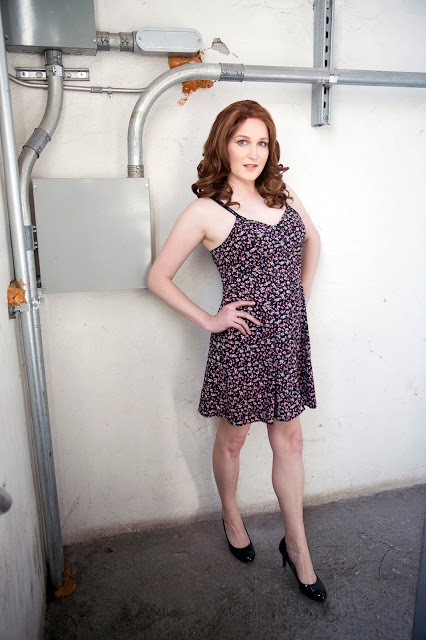 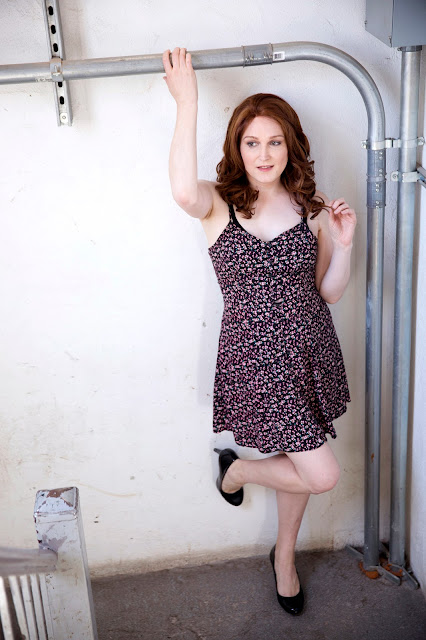 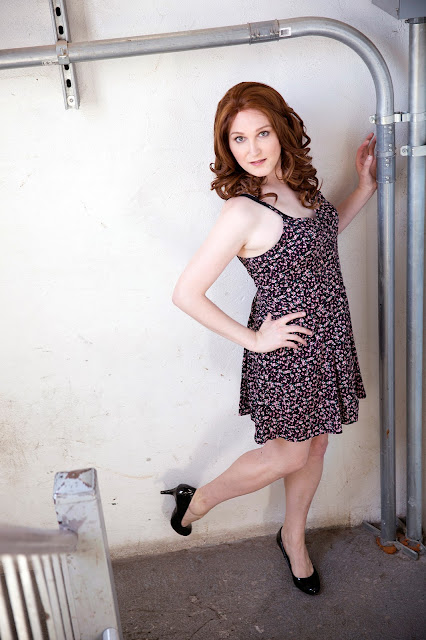 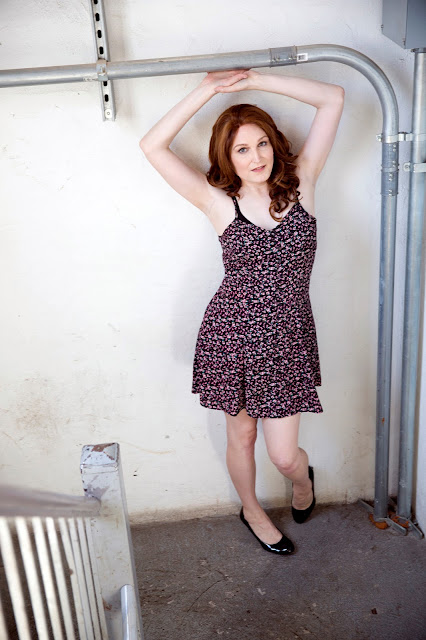 Posted by Faith DaBrooke at 8:59 AM 4 comments: 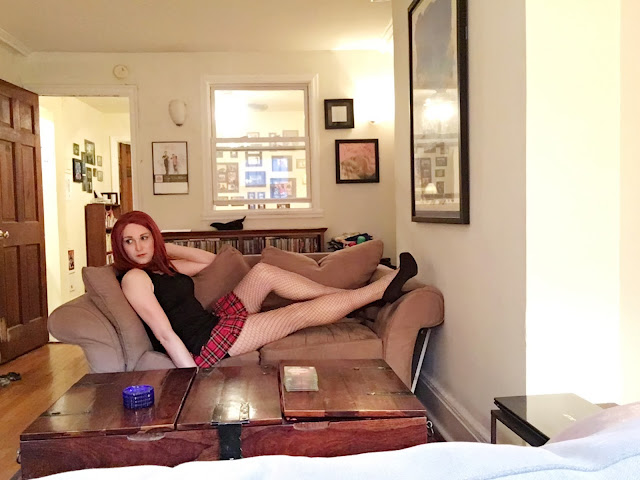 When you're in your teens or early twenties your life options are often limited. You're broke, you often have adults in your life telling you what to do, and you feel out of place. So it's no wonder that a lot of people in that age group are drawn to subcultures. I found myself drawn first to punk and then to goth.

In my suburban town there were a good number of us dissected young punks, goths, and others. Maybe there were seventy of us total. Maybe. We all hung out in a dilapidated downtown where at one intersection stood a coffee shop, a a tiny punk rock venue, and a record store. It was our space and our spot. Every Friday and Saturday I'd be down at 8th Street, as we called it.

Every time I hung out there I remember always feeling jealous of what the girls wore. They had short plaid skirts, fishnet stockings, cool boots with tons of buckles, garter belts, thigh highs, and wonderfully dark makeup with loads of black eyeliner. I longed to be one of them. But it was the 90s and I didn't think it were possible. 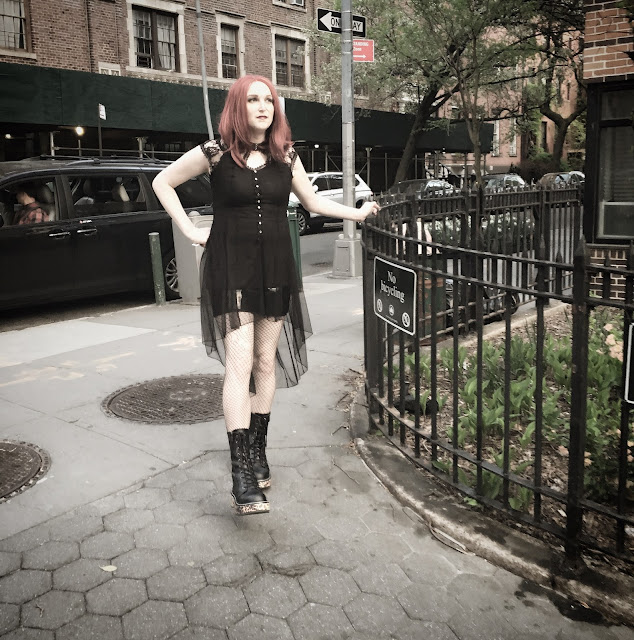 And so, when I moved to NYC after college I finally started presenting female whenever I wanted. Able to express myself however I wanted, my style naturally went towards the goth/punk/cyber style. On Myspace I was friend with tons of alternative models, fetish models, and Suicide Girls. I finally got my own boots with tons of buckles. I finally had my own fishnets. I finally had my own short plaid skirts. I could go as crazy with the black eyeliner as I wanted. It was fun.

But, when I started getting older, into my late twenties and early thirties being goth started to seem juvenile to me. I began to associate it with those younger years of my life. At that time I was struggling to try and take myself seriously as an adult. Adults had careers. They wore business casual clothes. They didn't shop at Trash & Vaudeville. If you wanted people to take you seriously you threw away your fishnets. So I did. 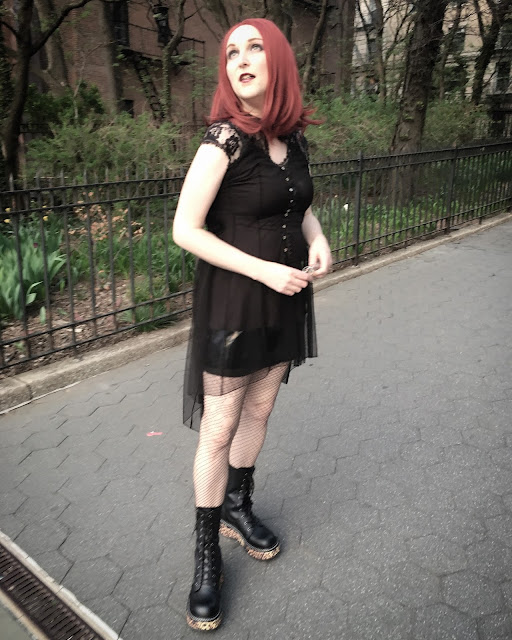 In fact, when I started full time my wardrobe was downright mousy librarian; cardigans, business skirts, clothes with flowers on them. My clothes even had colors like beige, red, and green. And it was fine. I was an adult. I was adulting. Adults in a business setting dress in a boring way. Because being an adult is boring, right? It's all about work, 401Ks, and ensuring that your kids get to soccer ballet on time.

But now I'm in my late thirties. And I've come to realize that being goth and punk wasn't a phase for me. No, being a serious adult was the phase. Careers, jobs, none of this has ever really interested me. Yes, of course I have a job. It's not like I would ever want to be a gutter punk or anything. But to me a job has always been a means to an end. It's a way to make cash so I can enjoy the non-work parts of my life. I don't ever want my job to be my identity. Unless I happen to get hired as some sort of space spy. Is that a real job?

So I've decided that it's okay to go goth again. Now I don't have to go too crazy. Most days I'm still going to dress for work. But when I need new work clothes I'm going to go for all black. I'll add some nice gothy jewelry and accessories. And I'll do my makeup just a tiny bit gothy. And on the weekends I can go full darkness. But that doesn't mean you can't still be silly. 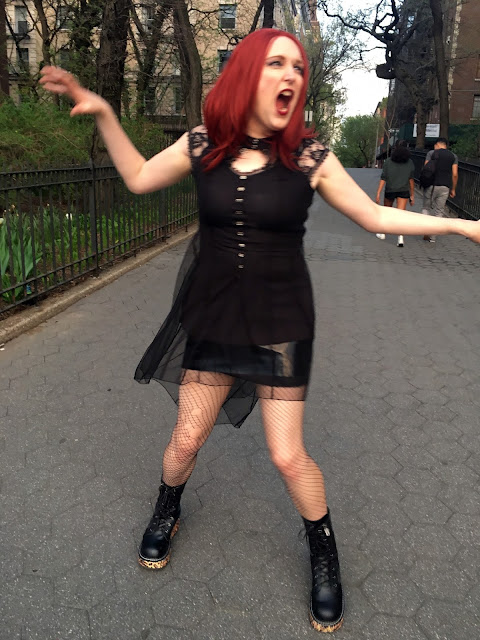 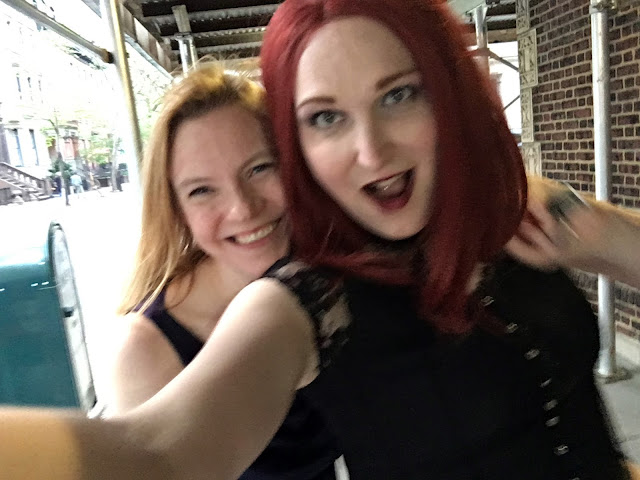 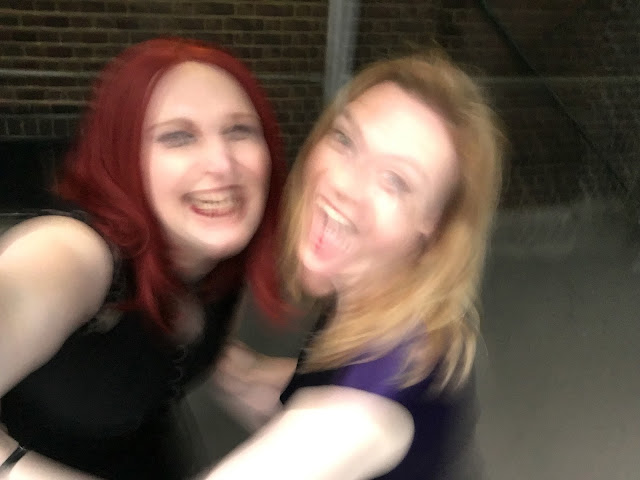 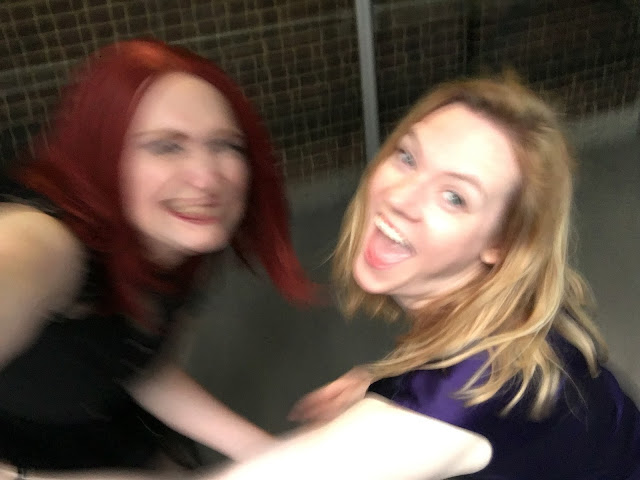 So now I'm trying to find a new style; subtle goth. It's kind of like the business goth style I discussed a while back. I've purchased some new stuff like my killer Demonia leopard boots and I'm not going to shy away from the style that makes me feel good. Life is short. You shouldn't spend it trying to be something you're not. Which is why I love embracing the goth girl I've always known I was. 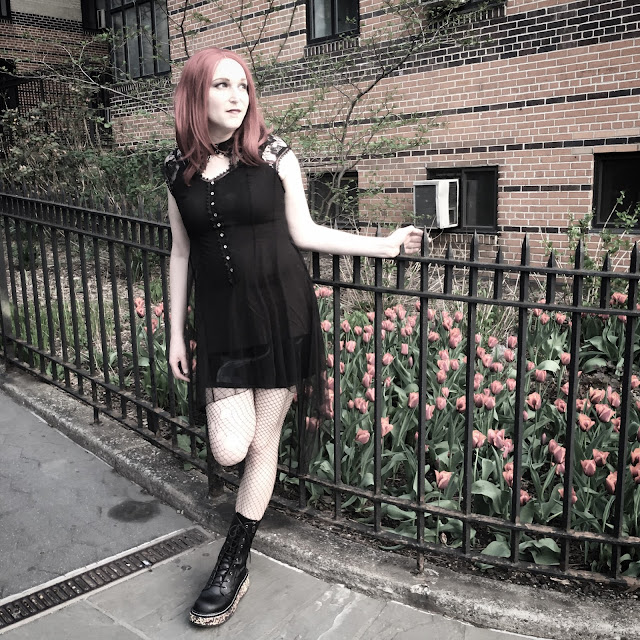 Posted by Faith DaBrooke at 7:44 AM No comments: