Burn Out and Checking Out Are Also Parts of Transition 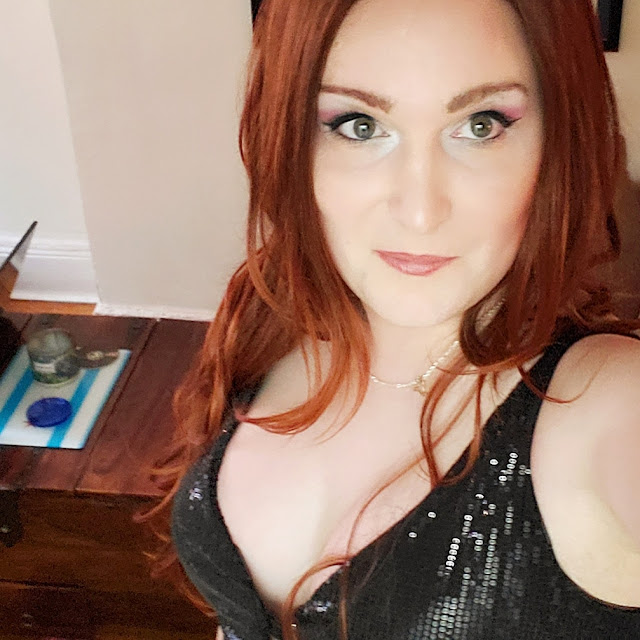 So, I am about to turn 40. Not only is that a major milestone, it also means that my official transition started five years ago. And, back in 2015 when I started this process, I dove right into it head first. Not only did I start updating this blog twice a week, I also started doing weekly Gender Rebels episodes with my partner Kath. Then we started our Patreon page which meant generating patron-only content and we also launched the Gender Rebels YouTube channel. With all that going on, I was starting to grow my hair out, deal with hormones, and get laser hair removal on my face. Beyond that I was also writing novels and, oh yeah, working my normal 40 hour a week day job.

For three years, I think I just rode on this new transition high. Everything was so new and exciting. It was an adventure, eagerly waiting for hormone effects, coming out at work, starting full time, getting rid of all my boy clothes, changing my name, changing my gender marker, getting new paperwork on everything. It was wonderful. It was heady and something full of endless possibilities.

Then, as I reached my two years on HRT, I decided to go in for the surgeries. And I think this is where that excitement hit a big wall. Thud. First there was bureaucratic gathering of letters and paperwork, making consultation appointments, figuring things out. It was starting to sap my energy a little, but I soldiered on.

But then came the emotional roller coaster that was my fight against my health insurance company. They had denied my FFS and I was determined to fight them on it. My FFS surgery date got pushed back and back multiple times as I dealt with endless paperwork, denials, appeals, a deposition, accepting that I was going to lose, and...then finally I won. I won eleven days before my FFS date.

Then I spent time recovering from my FFS. For a month I looked like an absolute ghoul; covered forehead to chin in dark, black bruises, one eye droopy, a head so swollen it looked like a bowling ball full of surgical staples. My numb mouth that meant I couldn't drink from a cup from a normal person and had to use a straw for a couple months (it's still not quite there). Plus my ear-to-ear head wound scabbed over like crazy until the scabs got intermingled with my hair and decided to just stick around permanently. Thankfully, a couple dermatologist visits and some creams got that normal again.

Just as I was nearing the end of the healing on my FFS, it was time for my breast augmentation! Thanks to the legal battle pushing the date back, my FFS and breast augmentation ended up being about 90 days apart. That's about as close as you can get surgeries. I mean, the doctor signed off on it. But it still felt super quick. Then, there was the recovery from that, which I'm still dealing with as of this writing.

Needless to say, it's been a lot. And I found myself with no energy at all for creative endeavors. My blog fell fallow, and I Kath and I had to stop doing weekly Gender Rebels episodes. I just didn't, as they say, have enough spoons. Two surgeries and a legal battle wore me down and left me exhausted.

And that is something that I never really realized was a part of transition. It's been five years and so many changes. It burns you out. That is where I am right now...kind of burned out on the whole thing. and yet, there's still miles to go before I sleep because my next surgery is coming up in about 100 days.

When I first dipped my toe in the trans community over twenty years ago, I remember feeling for the first time that I really wasn't alone. I absorbed it all like a sponge. I talked to everyone I could and met so many cool, amazing people. Many of them I've lost touch with over the years, but at least once a month I get an email from someone who happens upon the podcast and tells me that they remember me from some old forum or another. I needed the community. I need to read other people's stories, their successes, their advice.

In about 100 days, I will reach my queendom, at the top of the heap. Not that anyone really cares about that hierarchy anymore. In about 100 days, my transition will be "complete." There will always be some more electrolysis, but I will, for all intents and purposes, be done. I will have transitioned. Ages ago, I would sit on the subway, young 22 year old me, and write out these plans, these transition checklists. Well, my checklist is almost done. What does that really mean?

For the past few months, I have found myself needing to check out from all of it. I unsubscribed from all the trans subreddits I used to read. I've found myself unsubscribing to trans YouTubers I've enjoyed for years. I honestly don't know why. But I don't think that it's because I'm "done" with my transition. I think that checking out of it all, taking a break from it all, is something that you need to do some times.

Five years. For five years I have been living and breathing and drinking and eating transition. Transition has been the central part of my life. And it seems like I will be doing that for at least another year. I think the reason I've kind of checked out of the transgender community is because not only do a need a break, but I just want to be "normal." After five years, I'm over transitioning and just want to live my life.

So that's where I am right now. I'm checking out and burning out and I'm not sure I like either. I do want to be part of the community that has brought me so much strength and encouragement, and to which it turn, I can provide strength and encouragement to the next generation. And I want to be be burned out! have the energy, all that lovely restless energy, for weekly podcasts and blog posts, and writing, and trying to get published. I still want to write and direct my own Frances Ha style mumblecore movie. It's something I've always wanted to do.

But, I think that burn out and checking out are parts of transition. There's no escaping them. Transition is hard! It takes over your life for years! It's an energy and attention vampire. At some point burn out and checking out will catch up with you. I'm not sure if anyone ever told me that, but I think that it's something unavoidable. Well, let me get through this next year. And then, I think in 2021, I'll have all my spoons back and be ready to hit the ground running creatively and community-wise too.


And don't worry, I'll have plenty to post this year too. Wishing you all the best.
Posted by Faith DaBrooke at 9:08 AM