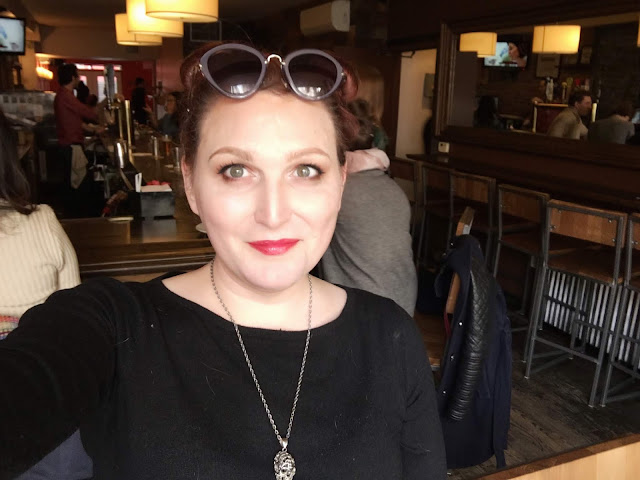 Well, it's official. In 64 days I'll be going under the knife. Or is it 63 days already? Either way it is happening way sooner than I had anticipated. Needless to say I am nervous as heck, excited as well, and slightly terrified.

Yesterday I had my consultation. First off, it was rather interesting to be in a waiting room full of other trans girls. Everyone was minding their own business (as one is want to do in a waiting room) but a part of me wanted to be like "Hey, you! You look great. What are you here for?" But you can't do that, of course. Even if you pick up a transmission you can never act on it because it's just letting the other person know you think they don't pass.

After filling out a ton of forms with background information, I was then ushered into an exam room where someone sat down at the computer and asked me all the same information I had just filled out on the forms. Healthcare in America is already shit. Maybe we could improve it a bit by not going through the entire process twice here? Anywho.

So my doctor walked through what's causing my dysphoria with me. For me it's my brow ridge which makes me feel like my eyes are deep in caves. It's also my nose which is straight but weirdly shaped if you see it from the side. And then there's my chin which juts out. Mostly what bothers me is my profile. I hate, hate, hate seeing myself in profile. It fills me to my depths with the despair of dysphoria. You'll notice neither this blog nor my instagram ever have a photo of me that's not taken from straight on.

She walked through the procedures with me and helped to set my expectations about what she could or couldn't do. It was funny because she more than once referred to my features as "feminine." And I'm thinking like - do you say that to everyone or are my features just feminine? Well, I mean, I didn't get cursed with Abe Vigoda or Jason Momoa face, but still. 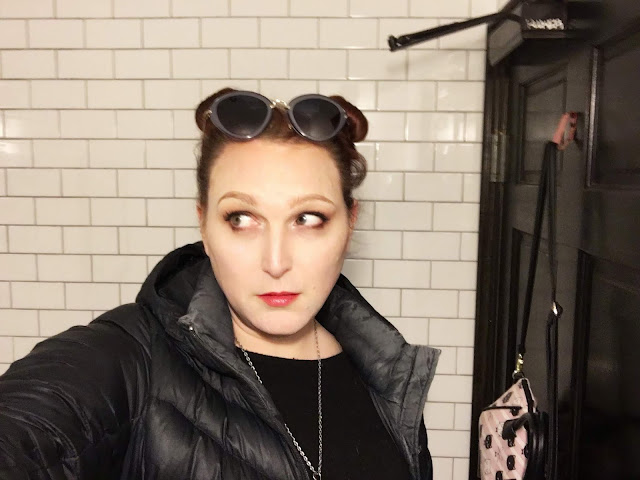 For the most part my questions were about recovery and complications. The doctor provided me with answers (recovery for a 2-4 weeks. Nerve damage can happen but it's unlikely. It won't affect my hair transplants). Then I asked here how long the waiting list was and she said they're currently booking for May. May? Of 2019? Yes, May of 2019.

So next I sat down with the Surgical Coordinator who had more paperwork for me. She also said the next available surgery day was April 18. That was too soon for me. The next was early May. That was a little better. Granted it's only twelve days better, but I wasn't imaging this would all happen so quickly. I mean my top and bottom surgery took them a month to even get back to me. And when they did they gave me dates a year or more away. So I picked a date in early May!

Wow. Even typing that makes me nervous. As I was in the room with her I had to ask to borrow a pen because I had so much stuff to do. First I need a cardiologist to sign off, have to move some other appointments, figure out work for perhaps a month, and get some additional insurance paperwork.

In a few days I should hear back on whether my insurance will cover it. I've got multiple medical letters written by people who are experts on this. But will insurance refuse to pay? That's the real crux here. If they don't then I pay then I'm going to have to fight them on it. Then if I lose that fight I have to cancel the surgery. I sure as hell can't pay for it out of pocket.

After all of this I had to go up to radiology to get some head x-rays. And that of course involved filling out more paperwork asking me the exact questions that the previous paperwork and interview had already asked. Seriously, American healthcare? What's up? Do we need to have a talk.

Anyway, the sad thing is that they made me take off my skull earrings and skull necklace for the x-rays of my skull. How cute an image would that be! A real skull with jewelry skulls! Ah well. They wouldn't even let me take a pic of my image. They claimed it was a HIPAA violation. Sure, but it's my HIPAA. Can't I violate my own medical privacy if I want? Apparently not.

So yeah. In a couple months I'm gonna get doctors to cut my face skin, peel it back, and grind off parts of my skull. I've never had surgery. I'm scared. What if I have that thing where you're aware of all the pain but can't move or speak! What if I die on the table? Both are highly unlikely but possible. It's scary.

And I'm nervous about what the results will look like. Thankfully my doctor said that she likes to make sure people still look like them, but with softer features. That's what I want. I still want to look like me. I don't want to look like I have bad Beverley Hills matron face. And I worry about recovery too. And pain. Sure, I'm good with pain but no one likes pain.

And I'm excited because FFS is the tool that allows people to go from maybe passing some times to probably passing most of the time. And while I know passing isn't everyone's goal and it shouldn't have to be a goal, but it's still my goal. I want to be a normal girl. This is a step. And it's a step I'm taking soon. 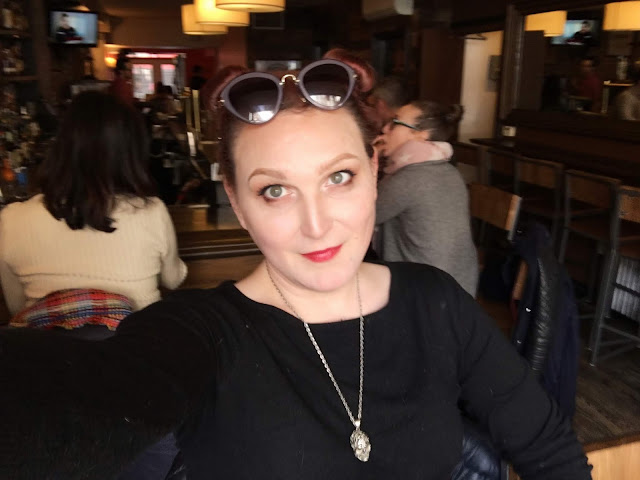 Check Me Out in the Latest Metric YouTube Video


Posted by Faith DaBrooke at 1:22 PM No comments: