I Hate Being Misgendered

Misgender (verb. mis·gen·der \misˈjen-dər\). The action of describing a person using the opposite gender pronouns of the gender in which they are presenting. Often done unintentionally, though sometimes done intentionally by stupid asshole jerks. 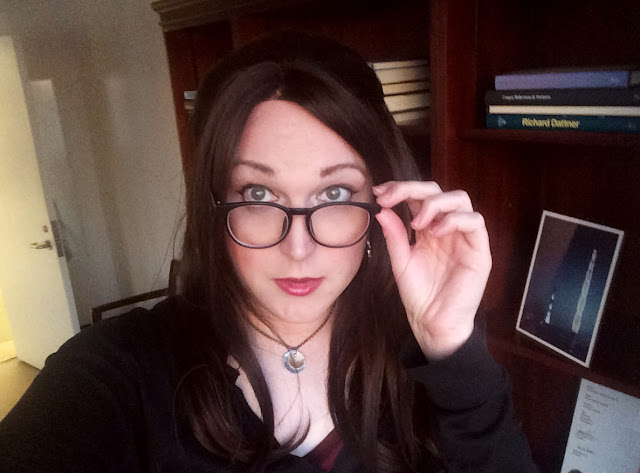 So, my second day of work I was still feeling fantastic. The first day of work hadn't been a fluke, people were still nice. All was well. My happy soul was bouncing on clouds. And the clouds were made of puppies. Life as good. I was really living my life as a girl!

But I was still wearing a wig because my hair still hasn't grown out enough. Wind makes wigs look at shitty mops and of course my first two days of work we had had wind advisories (50 mph wind gusts and what not). So my hair wasn't looking too hot. And on top of that I lost of my hat. My cute green knit beret is gone!

So I needed a new hat. After work I popped into a cute independent boutique in my neighborhood that sells exceptionally girly stuff; all lace and faux fur and jewelry and cute little candles. I went in and found a hat by the door. Yay! It had faux fur and was exceptionally girly. Then I went to check out and there is a younger girl with insanely good makeup working the register.

She's super duper friendly and talkative and I'm about to compliment her makeup when suddenly she's like "Do you want to wear this out?"

And she just stops. Mid-word. Stops. And shuts up. Her eyes go right down to the counter, she wraps it up and I can tell she's mortified. She's not looking at me, not talking and just quickly cuts the tags off my new hat for me and hands it to me.

Yeah, and hey, at least we both ended up feeling like crap, so there's that. I told my partner this story and wouldn't you know it, she feels bad for the clerk. Erg. I do too to a point, but sadly even her feeling bad about misgendering me doesn't make me feel any better. It means that I left my house, commuted on the train, went to work, worked all day and didn't pass. That makes me feel awful. Even someone as wordy and long winded as me can't adequately describe the feeling of dejection. I've built my life upon a house of sand and that house has been washed away by one incorrect pronoun said without thought and in haste.

Oh my gosh, it's like spending your whole life working on a paper for class only to show up and be told you got an F on it, not 'cause your paper's no good, but because your shirt is ugly. It's frustrating. You're doing your best and then someone casually points out that your best just simply isn't good enough.

Well, no one ever said transition was going to be easy.

Then later I had a fun one at work. I was talking to a colleague, let's call him Billiam, and the conversation basically went like this:


Billiam: Hey, Faith, did you get cover sheets on all the TPS reports before they went out?
Faith: Yes, I did and they all went out two days ago.
Billiam: Great, thank you, sir...ma'm.
Faith: S'okay.
Billiam: Um, uh, huh, huh sorry- gotta go. Love you,  bye.

Ah, the flustered habitual accidental "love you." While I've managed to avoid that, I have both accidentally texted a gushy love you to my boss instead of my partner. And I've ended countless texts to friends with a habitual xoxoxo.

So, this misgendering was someone who I'd only been out to for a week and who'd known me for several years as a guy, so in this case it was kinda funny. I can be more forgiving in that situation. 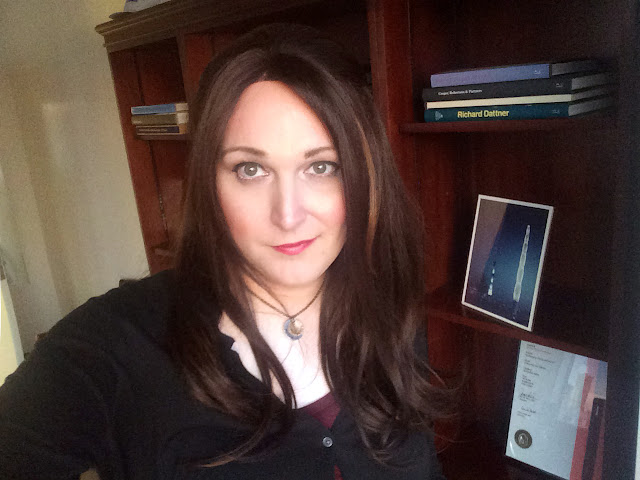 The other thing that I'll forgive is the tricky past-tense misgendering. Seriously, I don't think there's any actual guide as to what's the proper thing to do when you're telling a story about something that a transgender person did before they transitioned. Do you use their new name and pronouns?  Saying something like "Four year old Faith cried because she got a boy bike and she really wanted a girl bike" doesn't quite tell the right story does it? I guess you could use the old ones but then you're potentially outing them.

I don't know the answer. Probably I guess I'd side on the factuality of narrative and use the old name to refer to the past. But then since I also use made up words like factuality maybe I shouldn't have the final say on this question.

Well, the truth is I get correctly gendered much more often than not. I get my "miss" and "ma'am" and "ladies" when I'm out with my friends. I know for a fact that I can pass and judging from how polite and friendly male sales clerks have suddenly become I must look at least okay.

And I guess that's really what sucks about being misgendered. You can get a thousand she and hers but it feels like it all gets swept away by a single he. It's like how air travel is actually super safe, but one plane crash dominates the news. It's a common error we all make. We notice the things that stand out, especially when they're so emotionally jarring.

So if you're a transgender person reading this (seriously I'd be surprised if I had cis readers), try not to let yourself get down when the misgendering happens. I know that's much easier said than done. Lord knows I'm not that good at it either, but I promise to try too. 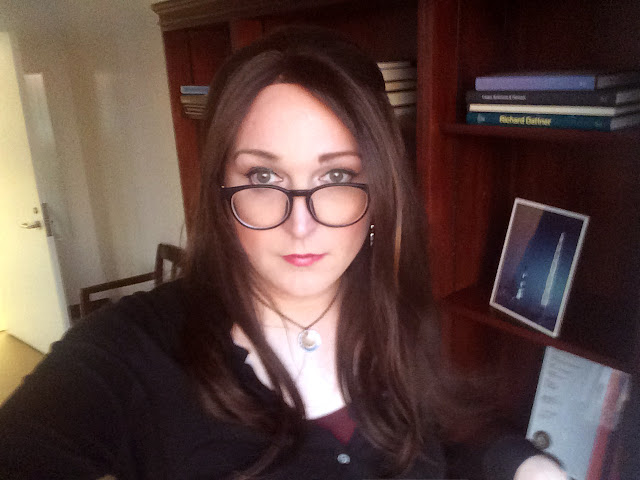 Ultimately, I hope cis people will realize how much misgendering hurts. Hopefully in a few years (or who are we kidding - decades), everyone will realize how totally and utterly hurtful it can be to misgender someone, how it can ruin their day or their week and hopefully people will learn to be more accepting and nicer. Hopefully.
Posted by Faith DaBrooke at 10:06 AM