Okay, my camera is gone. It no longer works. What happened was, I was repelling down a hundred foot cliff in the rain forest with the camera in my pocket and I landed in about four feet of water. That's a true story. 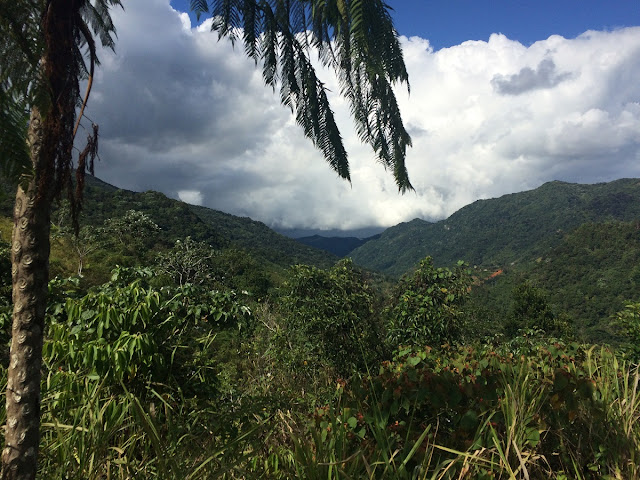 Luckily, my SD card survived and I didn't lose any pictures (like the one above). But unfortunately, it means that my camera is toast. Not even the rice trick could save it. Yeah, I'm bad at cameras. So, until I find myself another one (which I can't afford right now- I can barely afford my laser treatments), all I have is my phone. My phone has a nice camera, but it's not so great for pretty fashion shots. So, for my most recent adventures...it's mostly selfies.

Which, kinda of makes me go booger-snots, because I've been having a lot of really fun adventures I'd love to document with better photos! Ah well. When life gives you lemons, make lemonade. And then add vodka. And then party.

Spring is just barely beginning to tease us with some nice weather, so when I went to my doctor's in Chelsea for my most recent check up, I thought it would be fun to also stop by the High Line to try and snap some photos.

The High Line was an abandoned elevated railway in Manhattan. A few years ago it was turned into a park, of sorts. Actually, it's just a side walk lined with nice plants but it's proven quite popular. Sadly, I wasn't able to get any good photos. Actually, I was mostly upset by my wig. Though this particular wig wasn't that old (I had only worn it out maybe three times), it had gotten so battered by the wind that it was tangled to hell. Instead of cute curls, I felt like I was wearing a fake looking helmet of matted hair. Though I ducked in every bathroom I could to try and tame it, tease it and make it look as decent as possible, it seemed like every time I stepped back outside the wind just whipped it around and destroyed it further. Ugh. I hate wigs.

Despite feeling stupid and non-passable due to may hair, I took the bus across town to one of my favorite restaurants, Waterfront Ale House. Their pulled pork is some of the best NC barbecue that can be found in Manhattan and their nachos may be the greatest nacho ever achieved by human kind. My girlfriend met me for dinner and a pint when she got off work, so all in all, it was a pretty good day. Though I had to get blood drawn, I didn't have the vasovagal syncope response and faint. Plus, I don't have to go back to the doctor for another check up for six months! Plus the doctor let me up my estridiol by 33% and gave me finesteride (propecia), so I'm hopefully wigs will not be a problem in the future. 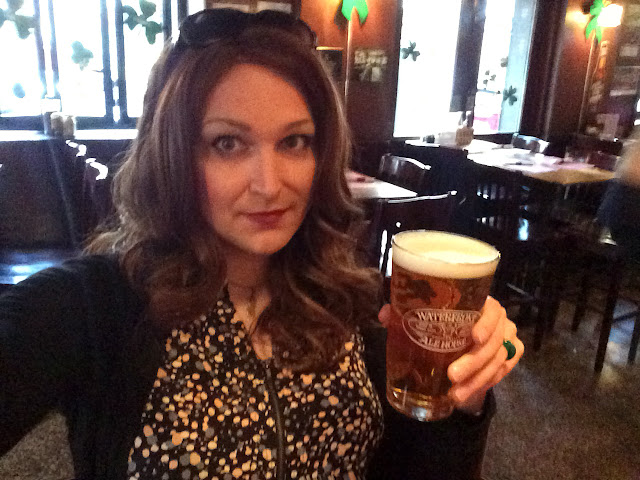 My other adventure was just a trip to BergN in Crown Heights to hang out a bit with a friend who's been somewhat tangential to my main social scene, but who I wanted to get to know better. She also has a few transgender friends and my girlfriend was pushing me to get more trans friends. I don't know why. Honestly, I haven't found that many trans people that I really get along with. Mostly it's because other than this one big thing, we have nothing at all in common. Plus I tend to feel weird around other trans women. Like either they pass better than me and I just make them stand out and look weird, or I pass better and they draw unwanted attention to me. It's weird, but that's how I am. Plus I'm not too social anyway, though oddly enough I think I have less social anxiety as a girl.


Sadly, while I wore a brand new wig, it juts didn't quite fit on my face right. Maybe I cut the lace too close or maybe it was just shaped weird, but either way my hairline looked really bad the whole night and I think it was quite obvious that was wearing a wig. While I did my best to try and get it to curl nicely (and it did for a few brief minutes from time to time), it destroyed my confidence. Suddenly, I felt like everyone was staring at me, gawking at the ugly, stupid looking freak of a tranny. And that made me especially self-conscious around other trans women who had their own long hair and weren't wearing wigs. So while I had an okay time, I just couldn't shake my unease with my appearance and I couldn't wait to get out of public, get home and shut myself away behind closed doors and windows! 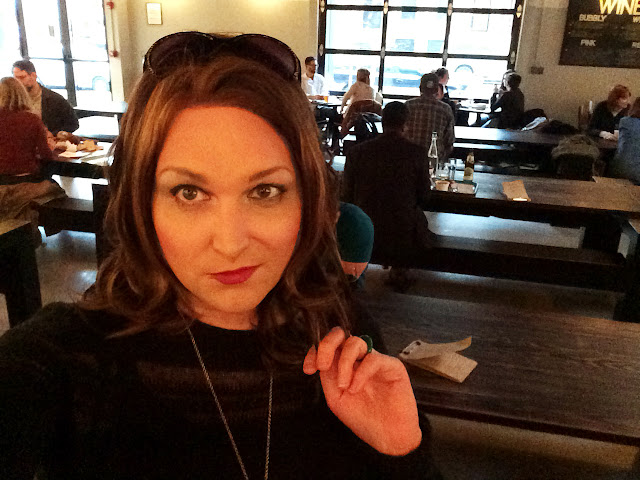 Of course, before I did that, I just had to snap a selfie with the gnome statuette that someone was throwing away. A perfectly good gnome! Can you believe they were just tossing it? Then again, I didn't want it either, so I snapped a shot and set it back down on the street, perhaps to be picked up by a woman of less discriminating tastes.

So, with all this nonsense about not passing and looking stupid in wigs and wanting to run home, it probably sounds like I'm down. I am down. The further I get into transition, the more I want to feel like me when I go out. I don't want to "dress up." I don't want to cross-dress. I don't want to have to wear a wig. I couldn't afford this month's laser treatment and I'm not sure I'll be able to afford it next month either. I can't afford a new camera for good pictures and I can't afford to go shopping for new spring clothes. It's cold and rainy out and I'm not too happy. I'm struggling. If I can't be a decent woman, then I just want to be a man. It's a weird in between time and I hate it.

Maybe spring will be better. Hopefully in May I can afford some more laser and get some clip on bangs to try out. By June or July my hair will be long enough for some clip on extensions. Maybe my hairline will grow in with all the chemicals I'm ingesting on a daily basis. I don't know. I hope. That's all I can do is hope. Here's to hoping!