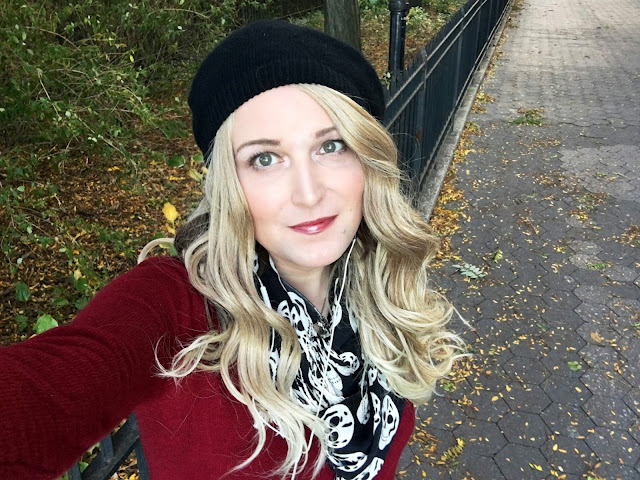 So there's one fun thing about having pale skin. You can basically get away with any of the major hair colors. You also have a much higher chance of getting skin cancer, but hey, I'm talking about the fun things! In my time I've been able to rock red hair, dark brown hair, and yes, blonde hair too.

For the longest time I was actually blonde. For years and years. Then, back in about 2012, I bought a brunette wig on a whim. That's how these hair colors always start right? On a whim. Thing is I loved how I looked as a brunette. It really worked for me. Also, since my partner is blonde, I didn't want there to be two blondes in the family. So I've stuck with brunette for these past five years.

Then, for this past Halloween, I was thinking about going as Supergirl, specifically the CW Supergirl show that I love. I've written about it before. Actually I had planned two different Halloween costumes because I had two events and because I take Halloween seriously, damn it! So while my Steampunk Sith costume worked out quite well, my Supergirl costume unfortunately did not. I had ordered a large of the off the shelf costume and when it arrived it was way, way too large. While it is nice that I'm losing weight, it also meant the costume didn't work. Sadly, I also didn't have time to return it before my event. But, I kept it so I can cannibalize it when I do a real Supergirl costume in the future.

While the costume didn't work, I was also left with a beautiful blonde wig and no reason to wear it. One morning though, when I was getting ready, I thought "screw it, let's go blonde today!" So I did. 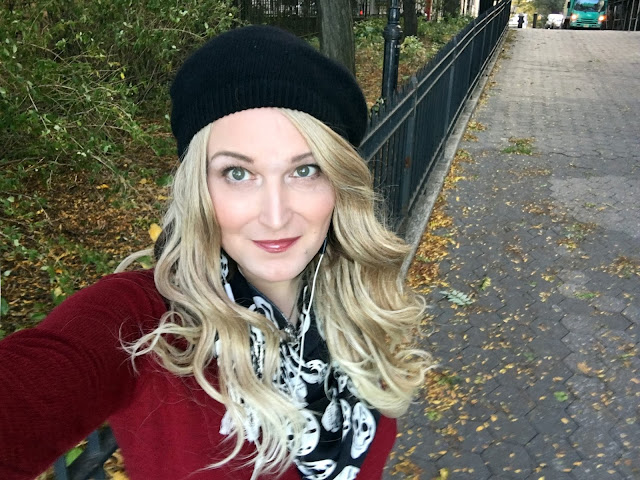 One of the first issues I faced was the fact that blonde hair requires slightly different makeup. Generally I did my brows a little less dark and my lip color a little more toward the pink spectrum. Also I added some shiny powder that I blended on top of my foundation to give my complexion a healthy looking glow. I loved it! 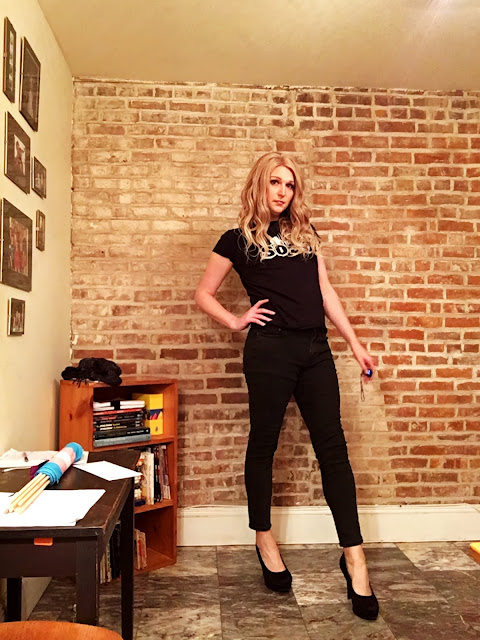 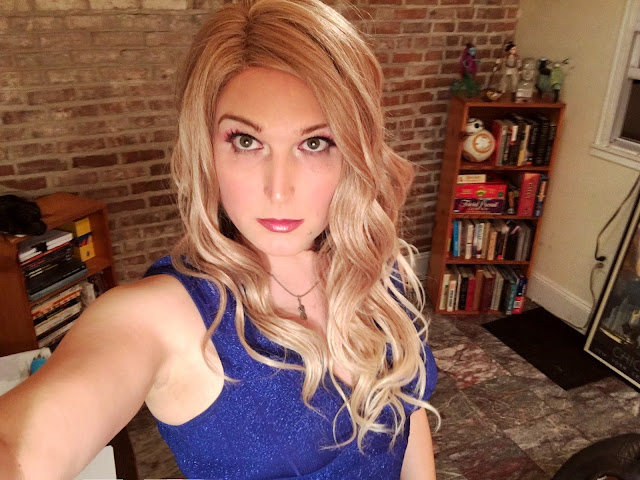 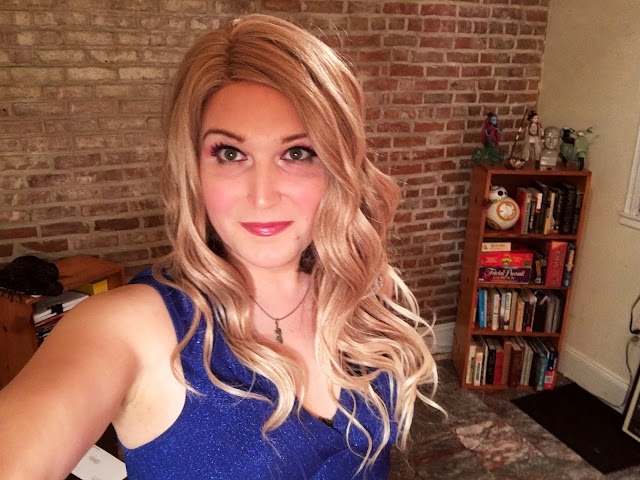 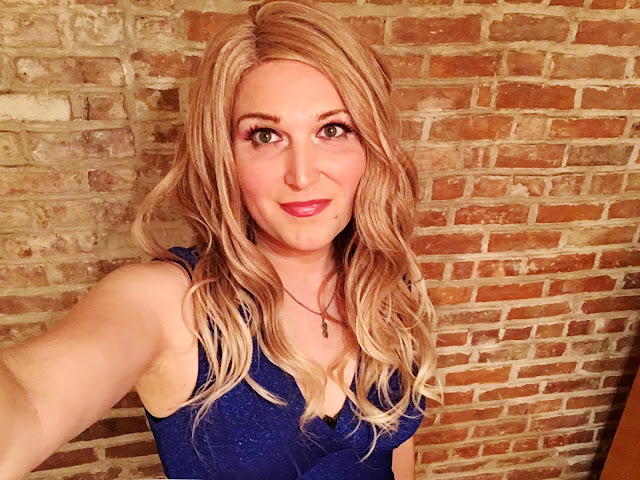 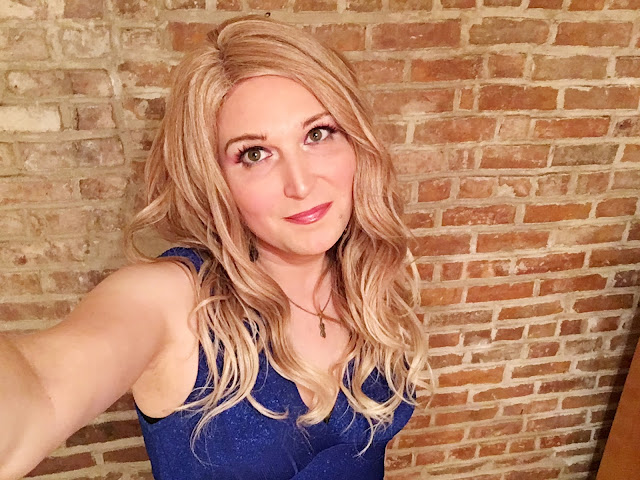 Honestly, a part of me felt prettier than I had ever felt in my life. In the past five years I've gotten so much better at makeup, two years of HRT has helped to sculpt my face, and I've been working my way to a healthier weight. I mean, I'm not at my goal weight yet, the ideal weight where I get to reward myself with a bandage dress. But it couldn't hurt to go to the Guess store in Manhattan and at least try on that bandage dress right? It's right nearby. 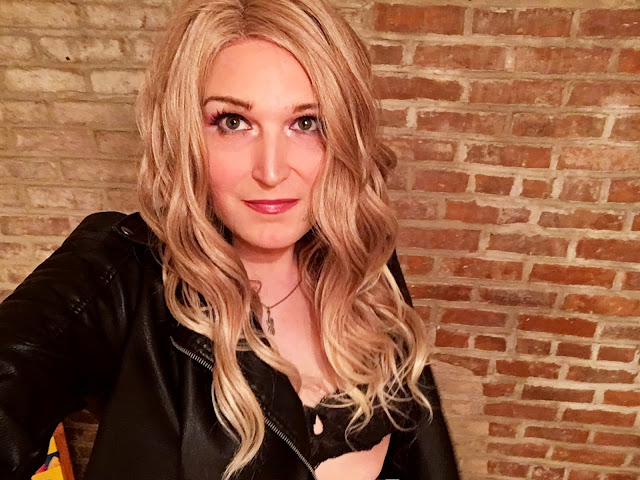 So even though it was a sick day and a coworker might see me, I ventured into Manhattan and headed to the Guess store to try on dresses. It was the middle of the day and I was the only one in the store. Or rather I should say I was the only customer. There were like five staff people. They were highly attentive, which I dislike, but ah well. I grabbed four or five dresses, including the one bandage dress they had in stock, which was white. I tried it on first, terrified of accidentally smearing makeup on it, but luckily I managed to stay clean. It did not look good on me. At all. Not quite there yet. I'll leave them to Blake Lively for now.

But I tried on some other dresses, including a short and racy, backless club dress that looked fantastic on me. I loved it. Plus it was on sale for only $30! So I bought it. I was really tempted to change into it and wear it home. I loved it that much. It just made me feel so beautiful. 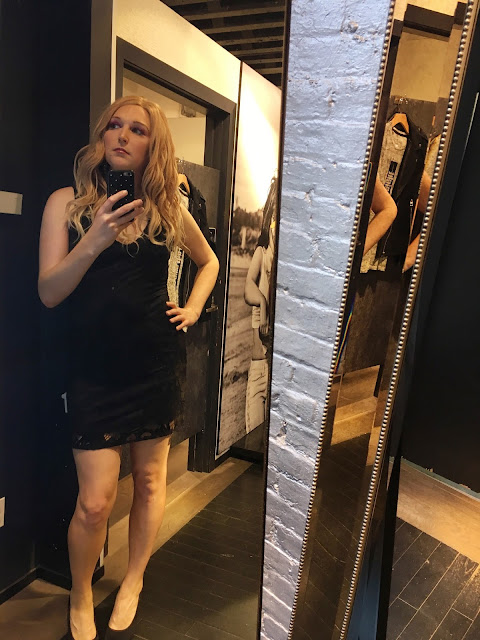 When I got home, I took a ton more pictures in my new dress. All I need now is an excuse to wear it out somewhere. And this is difficult because I hate clubbing. Seriously, who likes it? It's too loud to hear anyone talk, it's crowded as hell, and you have to wait twenty minutes at the bar for a drink. Give me a quiet pub any time. Except that you can't really wear a dress like this to the pub. Ah well. 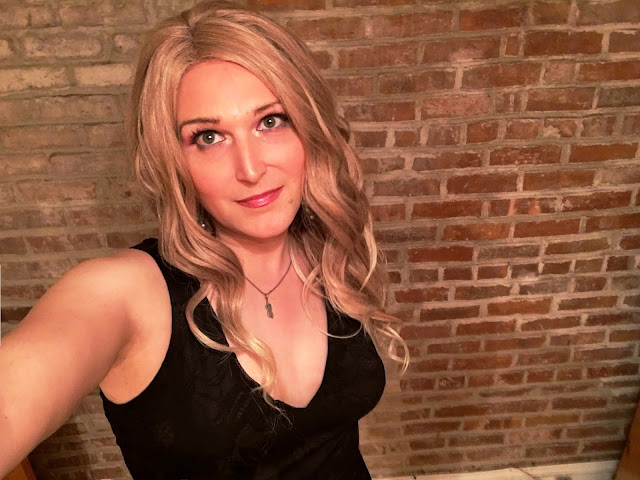 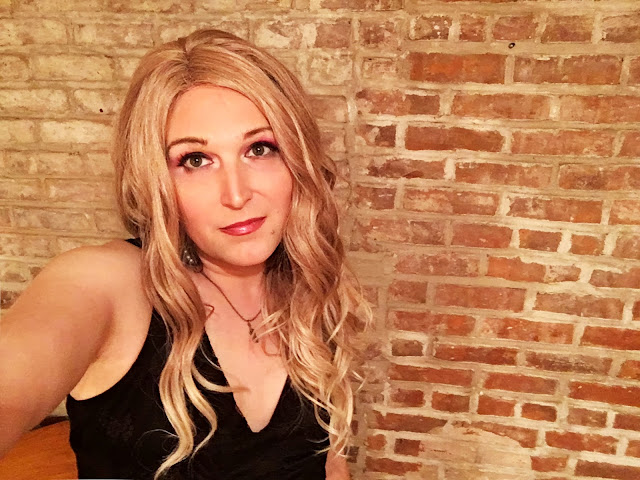 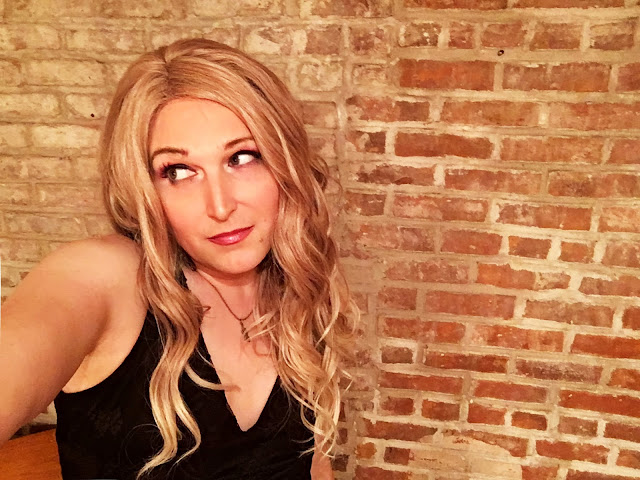 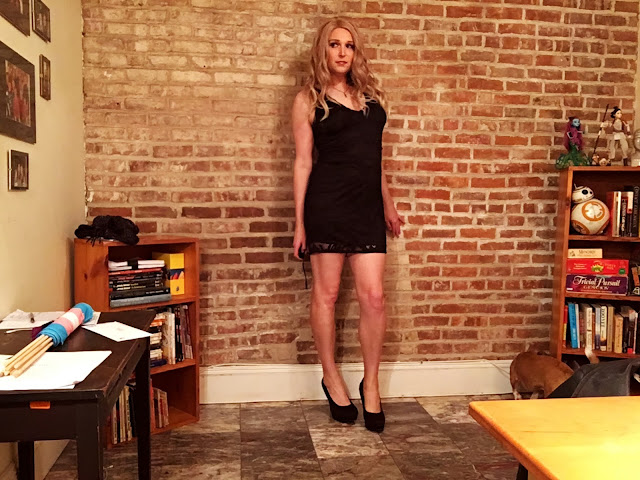 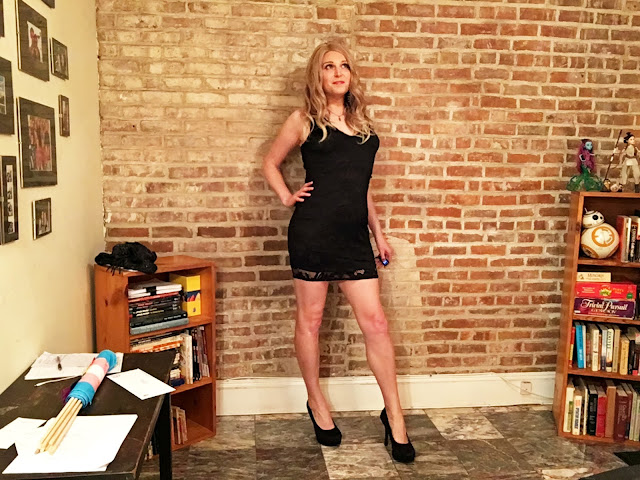 Well, as cute as I looked, I'm not totally sure how long I want to keep my blonde look. Part of me worries that the blonde is a little too much, and that it thus makes me look a little fake. And if I look fake, then I don't pass. So I'll probably go back to brunette at some point in the future. But for now, it's fun to be a blonde girl. 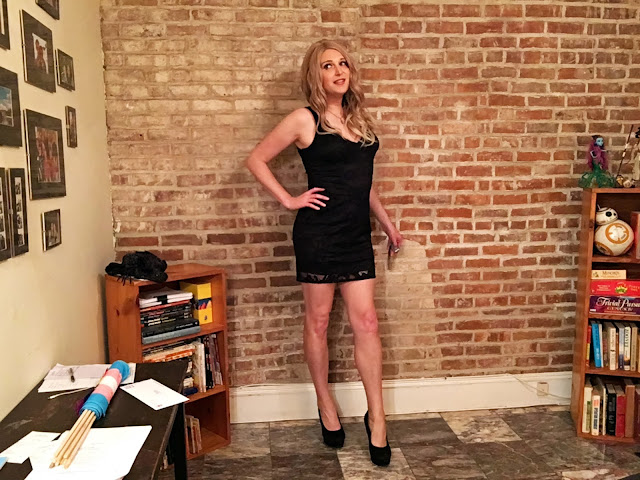 Posted by Faith DaBrooke at 7:06 AM