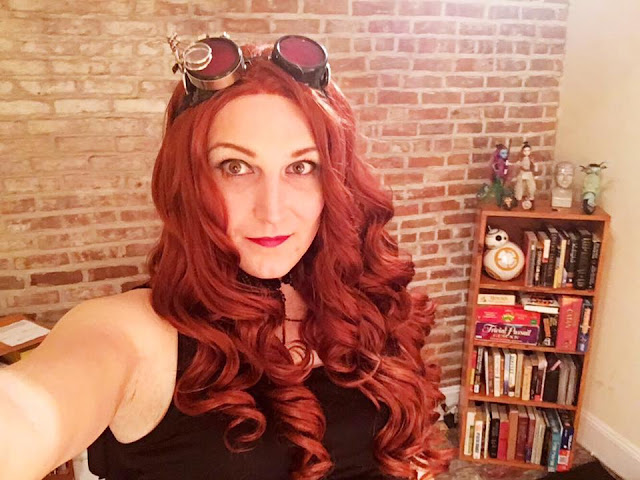 I don't care about Christmas, or Thanksgiving, or Arbor Day or even the Feast of the Blessed Thevarparampil Kunjachan (which, by the way is held each October 16th). No, the only real holiday I care about is Halloween. For me, Halloween has been a time that I could present female without worry or fear.

Growing up, my dad was insanely religious. He believed that Halloween was a Satanic holiday and therefore my sister and I were not allowed to have costumes or to go trick or treating. Sure, some years there were church sponsored "Harvest Festivals" where kids could go dressed as Bible characters and collect candy, but it just wasn't quite the same. It wasn't until high school that I actually got to go trick or treating for the first time.

As a grown up, I went as a "girl" a couple of times, but last year ended my ability to do that. Once you are a girl, going as a girl seems a little too meta, even for Brooklyn. So for my first year as a bonafide girl, I went as Rey from The Force Awakens, and so this year I thought I'd go to the Dark Side.

I mean, any costume where you get to carry a light saber is a great one right? Plus I always loved steampunk, so I thought I'd combine them together and go as a Steampunk Sith Witch? No I don't like that. Sounds too much like a sandwich. A Steampunk Sith Lady? No, unlike lord, lady has become too generic. It doesn't sound impressive. Then I remembered that if I lived in the Star Wars universe I wouldn't want to follow Jedi or Sith rules. So I am officially a Steam Punk Rogue Jedi. Evil, but not following anyone's rules.

For steampunk elements I have my corset, along with a Victorian lace choker and some lace half-gloves. And of course goggles. I really wanted this one steampunk skirt and a lace cloak, but together they would have been $250.00, which is more than I really wanted to spend. 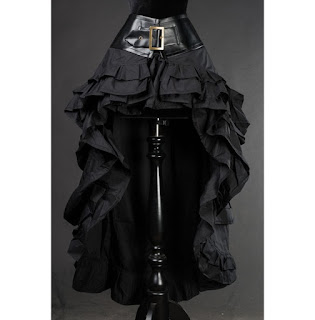 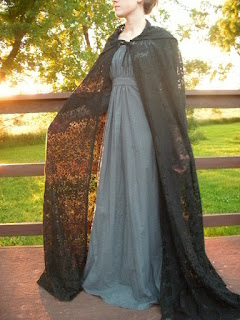 Maybe one day. But for today, I picked up a black vinyl skirt at H&M, along with some fishnets and wore them with a black tank top and some boots I already had. Instead of an expensive cloak, I instead used a bit of scrap black fabric left over from another project. Plus I had to get the red light saber that lights up and does the sound effects. Of course. 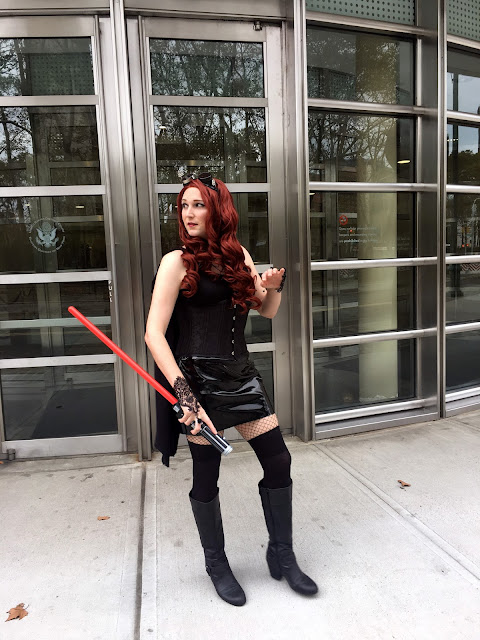 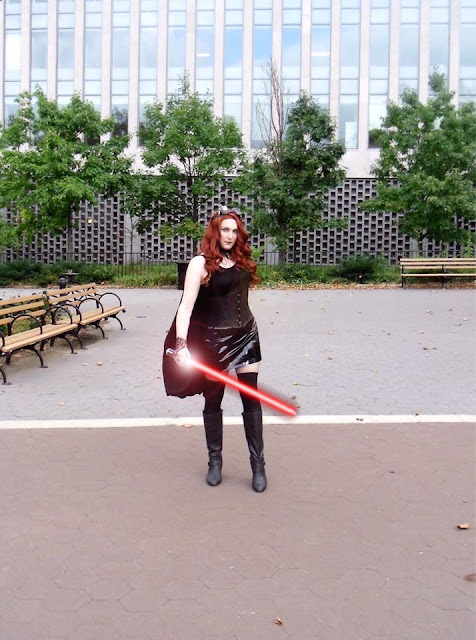 On Sunday I put it all together for the first time. Kath and I tried to think up some good "Star Wars-y" places in Brooklyn, but couldn't really come up with any. Though I do think the big relief statue behind me looked like it could fit in Star Wars. 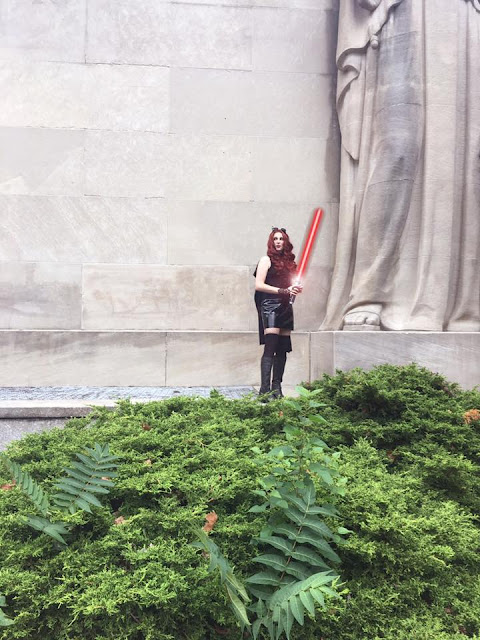 Unfortunately, the lighting wasn't too great outside. So I figured I'd take a few pictures inside instead. 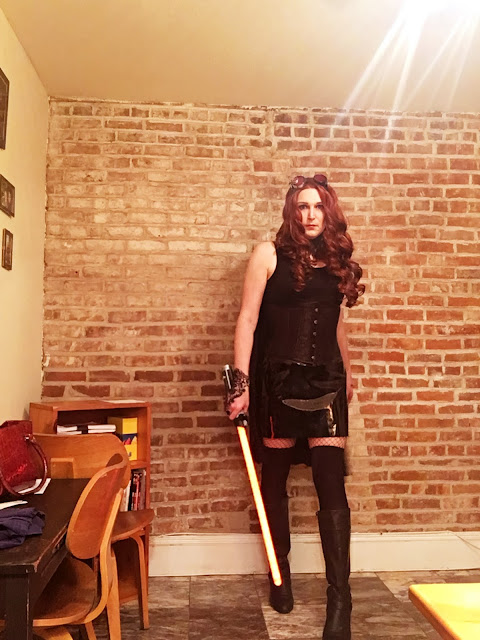 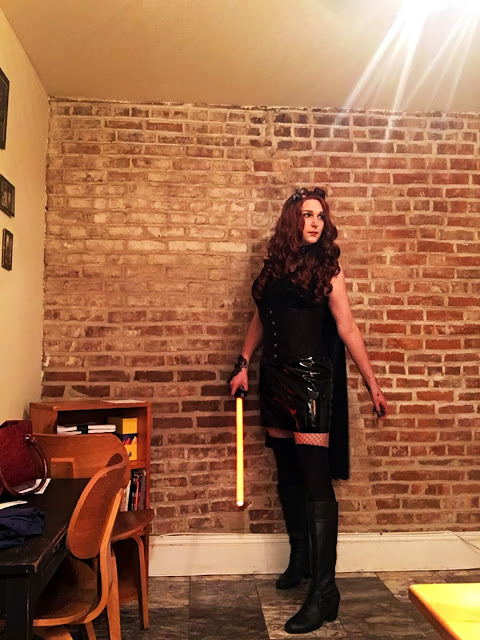 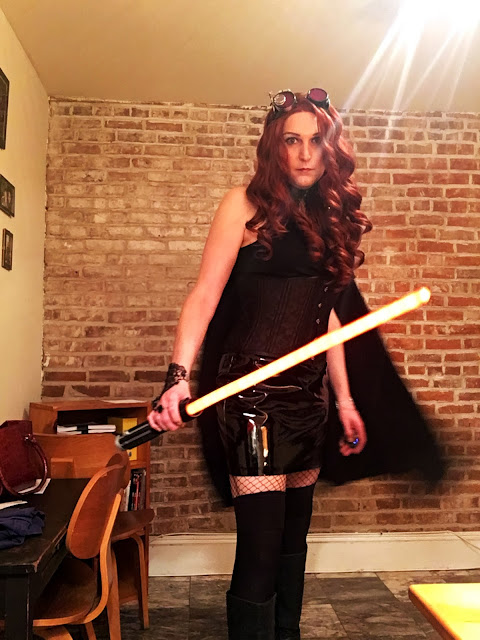 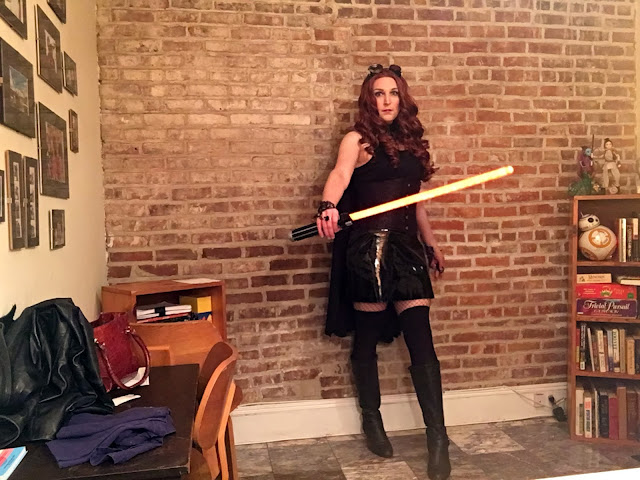 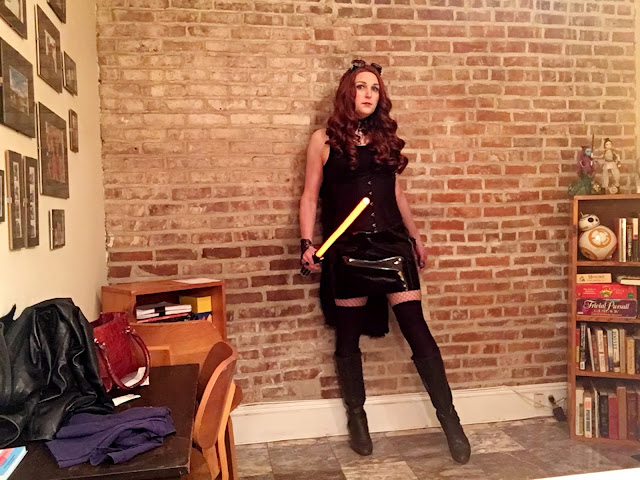 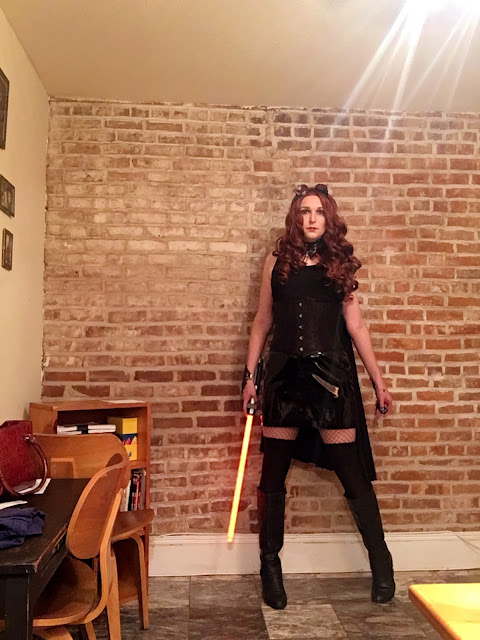 Well, I now have my costume ready, two weeks early. Yeah, I'm really into Halloween. And I've got two parties coming up, so I'll have lot of opportunities to show off my character. And of course get loads of pictures. 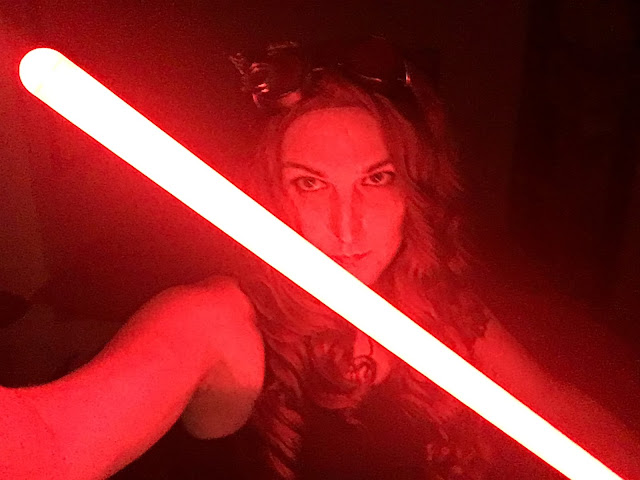 Posted by Faith DaBrooke at 7:38 AM

Email ThisBlogThis!Share to TwitterShare to FacebookShare to Pinterest
Labels: halloween