The Year of the Knife 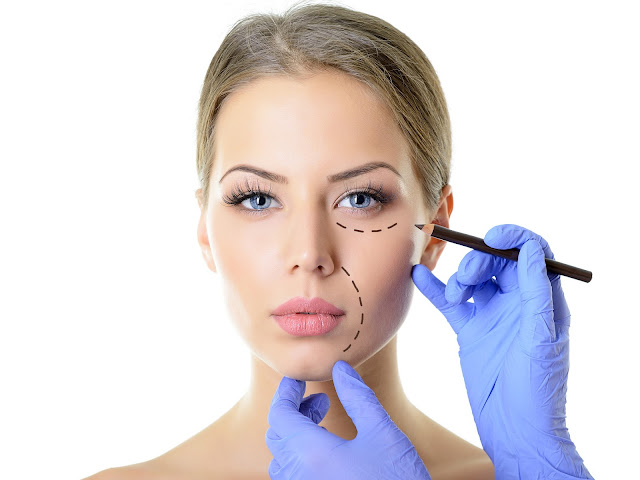 November 2017 will be my first full time anniversary and my two HRT anniversary. Not only are those important moments in my transition, those dates are also goalposts, at least as far as my insurance provider is concerned. You see, my health insurance company isn't willing to pay for certain surgeries until I've been on HRT for two years and lived full time for an entire year. So it looks like 2018 is going to be my year for going under the knife.

This naturally presents a few challenges. For one thing, I've never actually had surgery before. Yes, I've ad procedures done under a local anesthetic, but I've never actually been put under for anything. So that scares me a little bit. I've never had to recover from surgery. I've never even stayed over night in a hospital. In fact, I've been quite lucky in that I've managed to avoid serious medical conditions throughout my life. Surgery is scary and it's not something I plan to jump into lightly.

Add on top of that the fact that I am, in general, baffled by the bureaucracy and procedural red tape of the of the American healthcare system. Dealing with my insurance, making doctors appointments - these are things that have often been confusing and intimidating for me. Maybe their structured that way on purpose or maybe I'm just frustrated easily. Luckily, Kath has often been happy to step in to help me with navigating my health insurance.

This time I'm trying to do it on my own. Mostly via Google, I found the laws governing what insurance providers are required to provide in New York State. So I've got that law printed out. Next, after a bunch of Googling, four phone calls to my health insurance company, two chats with HR, and looking through a bunch of publications, I finally have a copy of my insurance provider's Gender Dysphoria Treatment Policy. I've got that printed too.

And isn't it fun that my insurance provider says that they won't cover things that are mandated by the state of New York? Guess I'm going to have to try and take them to task on that and see if I can get them to update their policy. After all the laws of the great state of New York are on my side!

So, what are my plans for these surgeries, assuming I can get insurance to pay for some of them? Well, I've had a consultation and learned that hairline advancement will not work for me. That means I'm going to need hair transplants to give me a normal hairline. I'm on wigs till then. I'm doing some research on hair transplants, but that's tricky because it means dealing with salespeople and not medical personnel. I hate salespeople. But as soon as I can manage to get a hundred different photos of my head from various weird angles, I can try and get some quotes and consultations. Then I just have to find a good place that doesn't cost a ton. That's one problem with the North East. We have a lot of resources, but things always cost more. So I'm also looking for places that are a cheap plane flight away like Georgia or Florida where the same procedures might cost way less.

Beyond that, I'm also planning to head to Callen Lorde on my next day off so I can get some of the required letters one would need to get for GRS. My insurance company says I need a letter from a therapist, which I'm hoping Callen Lorde can help me with. The standards of care actually no longer require therapy, but I guess my insurance company hasn't updated their policies on that one either. Well, I think I can convince a therapist that I'm sane and know what I'm doing. Plus I'll need a doctor note too, but that won't be too difficult since I have had medical care throughout my transition. Then it's a matter of finding a doctor and that's no easy task either.

Next, I would like to get breast implants, but that's the tricky part. The State mandates that providers cover breast augmentation under certain circumstances, and I'm confident I can get a doctor's letter verifying that I fit those circumstances. I won't get into too much detail on what the precise circumstances, but it all hinges on the meaning of the word "significant." All the lawyers at my work tell me I should be a lawyer. I think I can make a good case that I deserve to have the insurance provider pay for my boobs. If that doesn't work, then I guess it's not so bad to have to pay for breasts out of pocket. It is probably the lowest priced surgery.

Lastly, I looked up rhinoplasty and the insurance company's policy on that. Well, at one point I was thinking that I could try an argument that it was reconstructive since I broke my nose twice when I was two or three years old. But, there's not much a case for me to make on that one. So if I were to get a nose job or a brow shave, then that would also be out of pocket. So I probably won't be getting that in 2018. Even with my new raise at work, I won't be swimming in cash and surgery is expensive.

But the nice thing about transition is that it's for life. If I can't get work done on my nose or face or chest or any other body part in 2018, then I have the rest of my life to get that work done. There's no real rush. I just wish navigating health insurance and finding the best doctors weren't so complicated. Ah well, guess I'm gonna need some serious spreadsheets on this one.
Posted by Faith DaBrooke at 7:00 AM