Being Transgender at Hogwarts 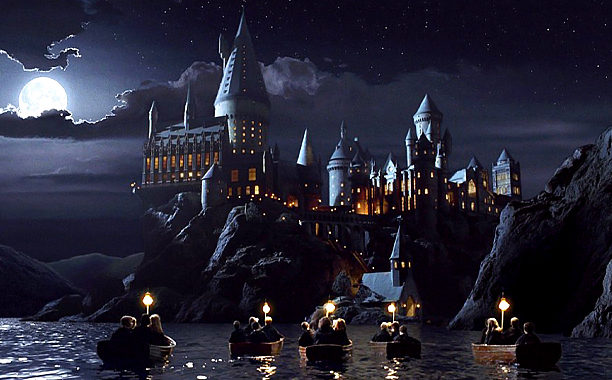 Harry Potter author JK Rowling has not shied away from her beliefs in LGBT equality. Though not mentioned in the text, she has admitted that she wrote key characters, such as Hogwarts Headmaster Albus Dumbledore, as gay. When asked by a fan if she thought that Hogwarts School of Witchcraft and Wizardry was a safe place for LGBT students, she replied that of course it was.

But is Hogwarts, and the rest of the Wizarding World shown to us in the Harry Potter series,  really all that friendly to LGBT people? Here, we'll focus mainly on transgender individuals within this universe. How are they they treated and how is their gender dysphoria addressed? Do transgender people exist in the Harry Potter books? There are no specifically transgender characters, and JK Rolwing has yet to announce such a thing on Twitter (though if she were planning to do such a thing, I would hope it was Luna Lovegood, just because she's my favorite character in the series).

Rowling has, in tweets, hinted that transgender people exist in this world and that they might use magic to address their dysphoria. “All I’ve done so far this week is change three characters’ genders," she wrote "And I still don’t know whether their current genitalia are permanent.” Now, gender has nothing to do with genetalia, but the fact that she's stated that her characters' genders are not set in stone could imply that there are transgender kids in Hogwarts and that these kids are capable of using magic to deal with their dysphoria. I mean, you can't have LGBT kids Hogwarts without T kids right? But what it is like being one of those transgender kids? 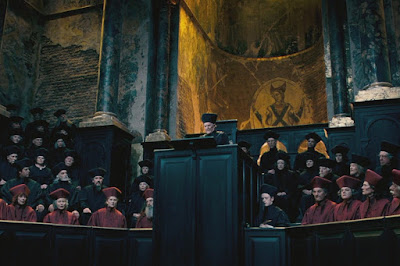 The Wizarding World of the Harry Potter books does seem quite conservative. Or should we rephrase that to "incredibly conservative?" Slavery still exists and is practiced even by Hogwarts. Minorities like werewolves are openly oppressed. The Ministry of Magic seems to entirely ignore the concept of human rights. Accused criminals are not given due process and the only punishment handed out is life in prison where the accused are subject to continued torture. In fact, the entire Ministry of Magic seems to be run with a Medieval  mindset, despite the series taking place in the 1990s. It's clear that the Wizarding World had not yet caught up with the rest of the UK when it came to liberal values such as equality.

We see this also in the name of the school that Harry and his friends attend. It's the Hogwarts School of Witchcraft and Wizardry. Gender differences are highlighted in the very name of institution. Terms like wizards and witches retains a hetero and cis normative view of gender. Boys are wizards. Girls are witches. There's no option for non-binary or gender queer magic users. We don't see single use restrooms. Instead they are all divided into male and female. Perhaps a gender queer student could use the Room of Requirement when they wanted privacy, but that clearly seems unfair.

So in a world where the gender binary rules, where the bureaucracy is unwieldingly byzantine, and where people have few (if any) rights, how does a transgender kid go about becoming their true self? Would they become forever stuck in front of the Mirror of Erised, staring endlessly at a reflection of themselves as their true gender? Or would they more likely turn to magic and use one of the various spells, incantations, and charms that can bend reality itself? 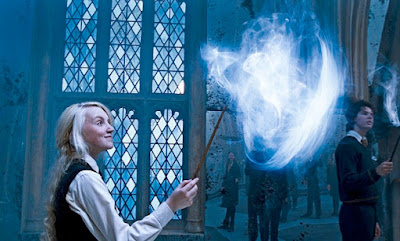 First off, there are the healing spells. Episkey can heal minor wounds and Vulnera Sanentur is a more powerful healing spell that can be used to repair more grievous injuries. We also see the Oculus Reparo, a type of mending charm, used to quickly and easily fix broken glasses. Could a tap from the wand and an uttering of Genus Reparo fix a transperson's gender too? Would healing or fixing erase dysphoria, making the person happily cis, or would it transform them into their preferred gender? It might depend on the skill of the spell caster, so you'd be better off getting help from Hermione and maybe leaving Ron out of it.

Would a Switching Spell allow one to switch out body parts for more preferred ones? It does allow Neville Longbottom to turn his ears into cacti. Could it allow one to turn a penis into a vagina, for instance? Again, it might depend on the skill of the magic user in question. The more powerful spells do seem to be more difficult after all. Luckily, though, there are a few more powerful spells that young Hogwarts students could turn to.

Metamorphmaguses like Nymphadora Tonks are described as rare, but a transfiguration spell seems a good bet. In the books these spells are described as being extremely difficult and dangerous. One slightly incorrect movement could cause the subject to turn into something else entirely. Though it really can't be that difficult, as we see mere students using it for pranks. There is however, a risk of getting stuck in your transformed state, which would be great it you do a good job and transform yourself into say, a female version of you. But if it goes wrong, you could be stuck as something horrible forever. So perhaps transfiguration is better left to only the best transgender witches, wizards and other magic users. 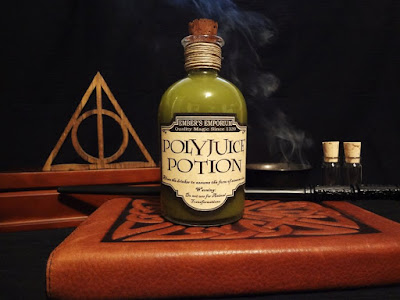 One other option of course polyjuice potion, the magical elixir which allows the imbiber to assume the complete physical appearance of another person. It can change your age, your height, and even your sex. We're told that it's difficult to make, but, when brewed by a skilled potions-master, it can last for a full day or more. It can't be that difficult to whip up a quick batch of polyjuice though. After all, we see Hermione make an effective batch in only her second year. What transgender kid wouldn't want their own batch of polyjuice potion?

Polyjuice potion does however present a major ethical question. It can't turn you into, say a female version of your assigned-male-at-birth self. It only turns the individual into a copy of an already existing person. Not only that, but making the potion requires using the other person's body parts, usually hair. In the one case we see of someone living as another person, they had actually kidnapped their subject to ensure they had a daily source of hair at their disposal.

Even if no kidnapping were involved, how would you feel if a classmate, even a close friend, decided to live as you? What would you do if classmate asked for your hair so that they could look exactly like you? Would you be flattered or, more likely, completely creeped out? What if they stole your hair from the Hogwarts barber shop? Would it feel like a violation? I think it would. 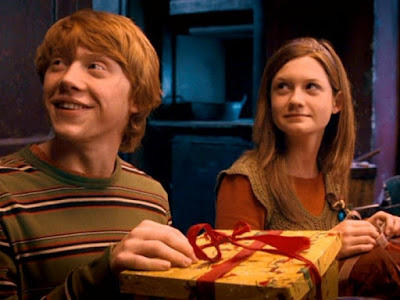 Perhaps a transgender kid would need to have a particularly close friend they could ask. It would probably need to be a quite selfless friend. Maybe Ginny, stuck in a house full of boys, wouldn't mind if Ron approached her, explained his deep feelings, and asked if he could have a bit of her hair every day so he could live as her twin sister. It's a tough question, and I think that it presents a lot of challenges to any transgender kid who plans to go the polyjuice potion route. And it also presents some serious challenges to any donor. 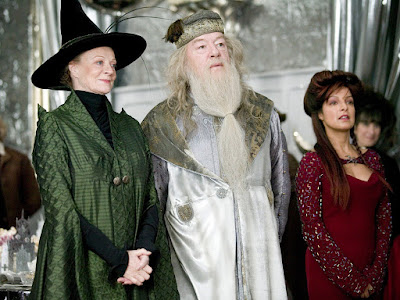 So are there no really good options for a young transgender Hogwarts student? Though JK Rowling has never discussed it, I would hope that any good and decent professor like Dumbldore or Minerva McGonagall would be willing to help any young Hogwarts student who came to them expressing transgender feelings. Perhaps they would then send an owl to the student's parents, explaining the situation. I'd like to think that even if you had terrible parents like the Malfoys, Dumbledore would still let the student take on their true form during their time at Hogwarts, even if their parents didn't agree. That seems like something Dumbledore would do, perhaps with a sly smile and a "We shall keep this within the walls of Hogwarts for the time being, and of course Hogsmead too." Then he would would make a deft move with his wand and and say "Revelare verum genus!" And in the end, all would be well.
Posted by Faith DaBrooke at 8:52 AM