The Final Coming Out 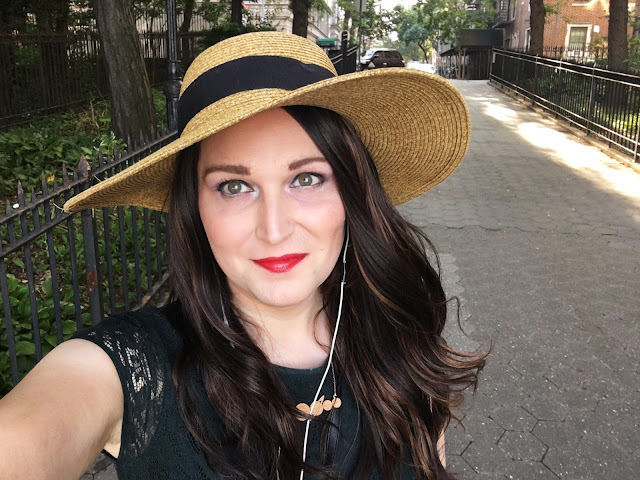 My dad is a complex person. And my relationship with him has been equally complex. I was not the kid and I was not the son he wanted. What he wanted was a small version of him. Or at least a small version of the idealized version of himself he liked to think he was. This ideal son would love and excel at sports, enjoy out-doorsey activities, be an Eagle Scout, be the life of every party, the most popular person in their peer group, and then go on to attend collage at West Point before becoming a career soldier and war hero. That's what my dad wanted.

What he got instead was a weird, shy, bookish kid who not only had zero interest in sports, but also had zero athletic ability or coordination. I wasn't the most popular in my social groups because I mostly kept to myself. I was imaginative, and, like today, enjoyed creating art and writing stories. I hated the outdoors. When it was time to choose a college, I picked mine based off the live music scene. I mean, it was Athens, Georgia after all.

Throughout my childhood, my dad forced me to play in every little league sport imaginable. There was soccer where I got in trouble for sitting down in the grass when I should have been playing. There was basketball where I sat on the bench. There was baseball where they stuck me far enough in the outfield that I could read a book in peace between strikeouts. Then there was football, where the so-called coaches (really just parents) encouraged my team members to beat me up and bully me. And my dad never let me quit, because I had made a "commitment." Fun times.

Of course my dad also made me join Boy Scouts. But, luckily, I discovered that I could avoid the meetings by simply not going in when my parents dropped me off. Instead I'd hang around the parking lot for an hour and wait for them to come pick me back up. They eventually figured out and of course I got in trouble. On camping trips I'd generally feign injuries like a sprained ankle or hypothermia so I could go home early.

My dad said I needed to join groups like these so I could learn how to socialize. When I tried to join the local Star Trek fan club though, I was told that I couldn't for reasons that were never adequately explained to me. I guess maybe it wasn't about community after all. It was really just about what he wanted.

See that was always the problem with my dad. My family was always forced to do what he wanted. We went where he wanted on vacation even if the rest of us were bored to tears. When he was home the TV showed what he wanted to watch. In the car or in the house Rush Limbaugh played at full volume when it was on. We ate what he wanted to eat, lived where he wanted to live. If we didn't believe what he believed about politics, religion or anything else, we were shouted down until we learned not to speak up again. It was only as an adult looking back that I was able to see how emotionally abusive he was to my mom.

My dad was evangelical in a way that gave him permission to bully anyone he perceived as being not as holy as he was. His politics leaned so far right that he sympathized with white separatists, the Christian Identity movement, sovereign citizens, militias and other crazies. We were forced to go to evangelical schools where we weren't taught basic science, and where we were taught that slavery and segregation weren't really that bad. A chapel speaker once preached about how the Bible calls for the murder of abortion doctors. My dad still believes all these things.

When I was about twelve (in 1992 or thereabouts), my dad used to brag, literally brag, about how neither of his kids were gay. I was 12. I wasn't anything yet. And what's worse is that at that age I already knew there was something different about me. I didn't quite have the vocabulary to understand what transgender was, but I knew I was sort of gay. My dad believed that gay people were not worthy of life. Yes, I recall him talking about how AIDS was a God-sent plague to kill the gay community and how the US should have a death penalty for gays.

But, like I said, he was complex and we had a complex relationship. I think he loved us, in his own weird way, and thought that he was raising us up properly. It's just that his idea of proper was absolutely wrong. He never hit any of us (as far as I know). He occasionally tried to take an interest in something that I liked. I had lots of toys (mostly war based toys) and a bike. He never drank or disappeared. I think he really, legitimately didn't understand how much of a self-righteous, egotistical bully he could be.

Back in March of 2016, my dad told me he was supporting Trump. This was before the primaries were even over. This seriously bothered me. It meant that he never really cared about the Constitution or small government or values or Christianity. All he ever cared about was his own white male privilege and the special treatment that white males get in our society. As someone who suffered because of his Christian and conservative beliefs, I did not appreciate the realization that he had never really actually believed any of those things. He had been a hypocrite all along and my family suffered for it. I haven't spoken to him since.

But on Tuesday, I wrote him and email and told him that I was transgender. Unlike my other carefully crafted coming out letters, this one was knocked out in a few minutes and sent via email. Kath suggested I take out some of the more antagonistic things I had written. So I took out the bit where I said I wouldn't listen to or tolerate any negative comments of his, and kept it simple. I took out the section where I explained that he didn't know anything factual about transgender people. Without any real thought I sent it. I just hit send. Here's the full and complete text:


Hope you're doing well and keeping healthy. So, just you know, there's some news. I've already told Esther and Tom and Olivia and also Mom and her husband as well. I didn't want to leave you out of the loop, so to speak. And I especially didn't want to make things awkward for them when they are around you and the subject of me might come up.


I'm transgender. I have been my whole life. Even back in Arendstville, PA I was experiencing gender dysphoria. It was some of my earliest memories. It wasn't until recently that I had the courage to be who I've really been my whole life. So last year I legally changed my name to Faith DaBrooke and got all my documents changed and have been happily living my life as Faith ever since. Life is good, life is great in fact.


Kath has been super cool with everything, and her and I as in love as ever. Work has been super great as well. I also came out to Kath's family and they've been accepting and fantastic.
I understand that this might not be what you want to hear, but if you can accept me as your daughter than there is a place for you in my life.


Other times I've come out to people, I've put great care into my words, worried deeply about the response, or fretted about sending it at all. But this time there was no courage involved. I just didn't really give a good god damn. I didn't come out to my dad so I could have a better relationship with him. I came out to my dad to get it over with.

And it's over. I'm out to everyone in my life. So we'll see how it goes.

Also, sorry, this was a really negative post. I've never really written this stuff down, so while it's negative, it's also quite cathartic as well. I am happy in life. Life is good. Life really is going great. No one makes me go to Boy Scout meeting any more. :)

Posted by Faith DaBrooke at 7:00 AM

Email ThisBlogThis!Share to TwitterShare to FacebookShare to Pinterest
Labels: Coming Out, family