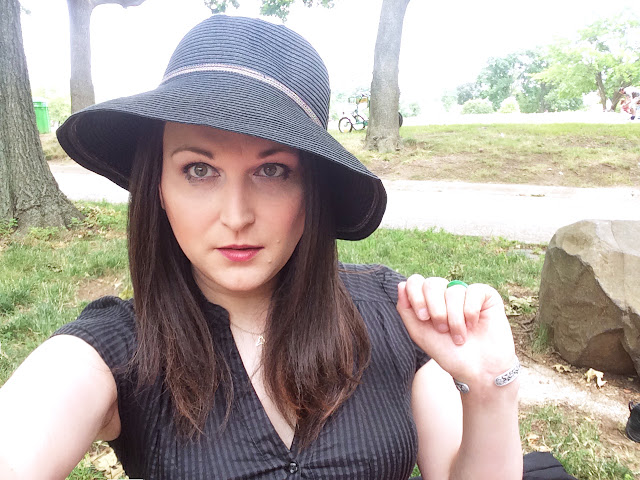 What can I say? I really like being a girl. And as I've mentioned in pretty much every post I've ever written here I hate wearing wigs because they're hot but also because the wind destroys them. One good blast of wind is all it takes to transform me from a passable lady to a crazy looking hobo who found a soiled wig in the gutter and put it on.

My partner, who is a pale girl like me has long been a hat wearer. Also, she's been an apologist for hats, always trying to get me to buy one. For years I've pushed her off. I even tried borrowing hers but it looked bad on me. I decided hats weren't for me.

Then, after a particularly windy trip to New Jersey, I finally decided that I had had enough. We had planned an upcoming trip to Governors Island with some friends. The island is a fun annual tradition of ours (check out my picks from last year) but as it sits out in New York Harbor, We went out the day before our trip and went to a few different shops that were open (mostly drug stores but some clothing shops too). Finally, after about ten different places and no luck, I decided to go up to Court Street here in Brooklyn where there are a lot of sidewalk vendors who sell phone chargers, sunglasses, neckties, scarves, tights and hats. I ended up finding a hat that fit me perfectly and looked good too. Plus it was only $15. I was a happy girl. 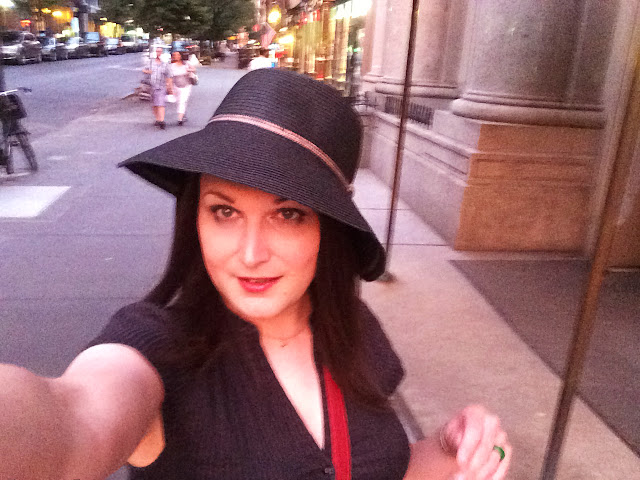 Well, I must say that I really liked the hat. It was perfect. It definitely helped with the wind (even though it did blow off a couple of times). But the important thing was that my hair looked okay! That's what really matters. 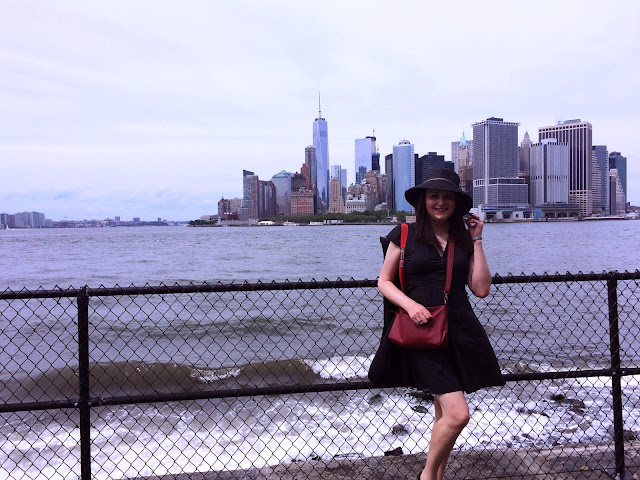 Plus all my friends wore hats and you do know I like to blend in. 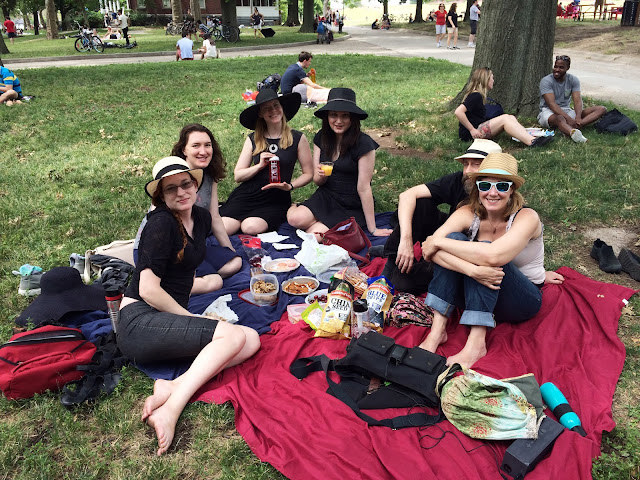 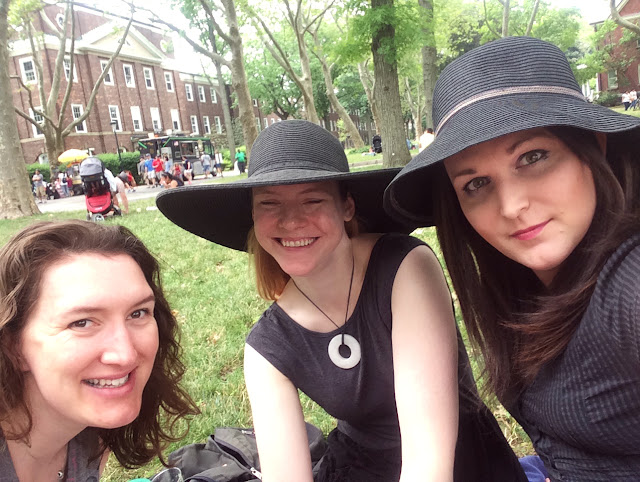 Actually it does feel really amazing to be able to be out with all my friends. Years ago, back when I was still barely out to anyone, I remember seeing a photo of a trans girl who was out at a bar or restaurant with her friends. And I longed for nothing more than to just be out and be a girl with my friends. It's taken me a while to get there but I love it. Believe it or not, I'm super socially anxious as a guy but somehow as a girl I'm more comfortable being social. Not sure how that works exactly. I guess I'm just more comfortable and natural-feeling as a girl. 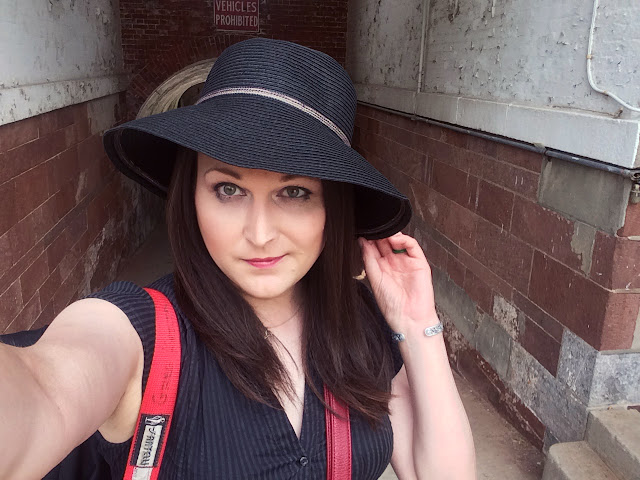 Of course, I managed to snap a few selfies. Because it's 2016 and that's what you do. Hey, don't judge! I've gone out plenty of times and not gotten any pictures at all because I was just enjoying myself. But those don't show up here because there's no photos. It's confirmation bias. Well, also I'll admit I like taking pictures. As my girlfriend told me I missed a lifetime of girl pictures. I've gotta catch up. 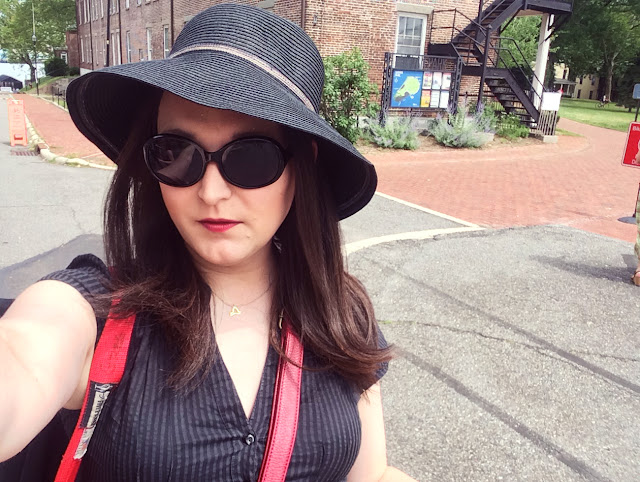 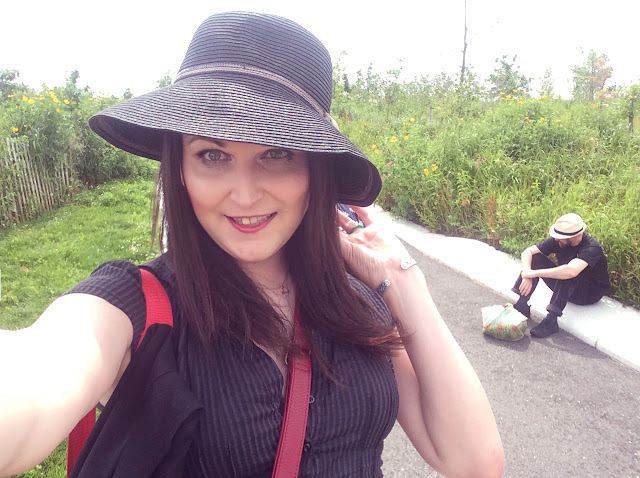 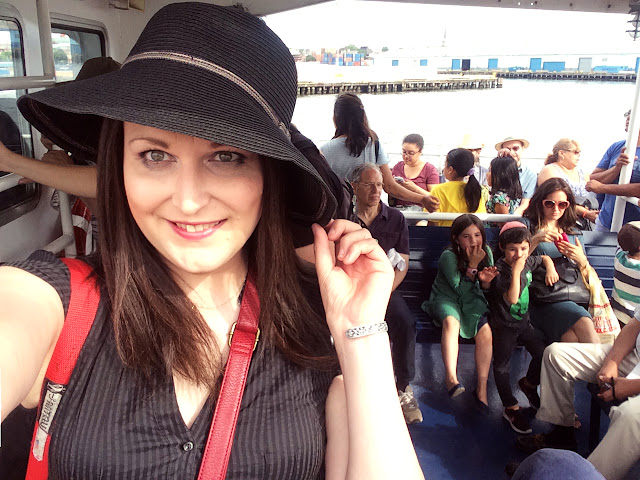 So, not only does the hat help keep my wig from blowing around and looking crappy, it also helps protect me from the sun. Win-win! Plus, the one added benefit of wearing a big hat is that it makes me feel like a little bit like a Golden Age movie star. 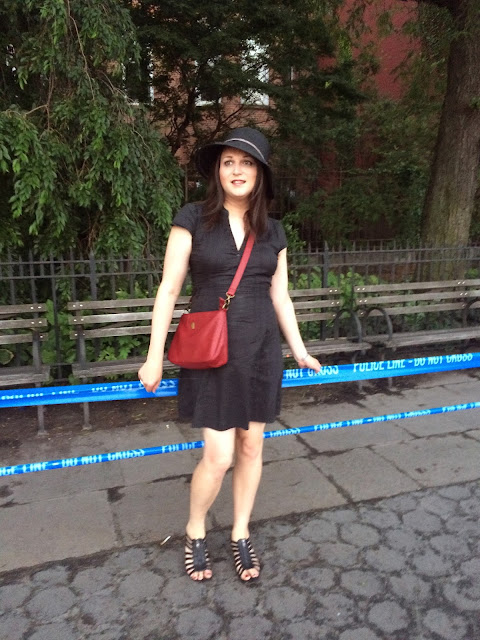 Now I totally need to rock that look for some occasion. Maybe next years' Halloween. I think my plan for this year is to go as Rey from The Force Awakens. But next year maybe I'll rock a screen legend look. Or maybe, when I have a bigger apartment, host an Oscar party where everyone has to dress up as movie stars and maybe I'll even lay out a red carpet. 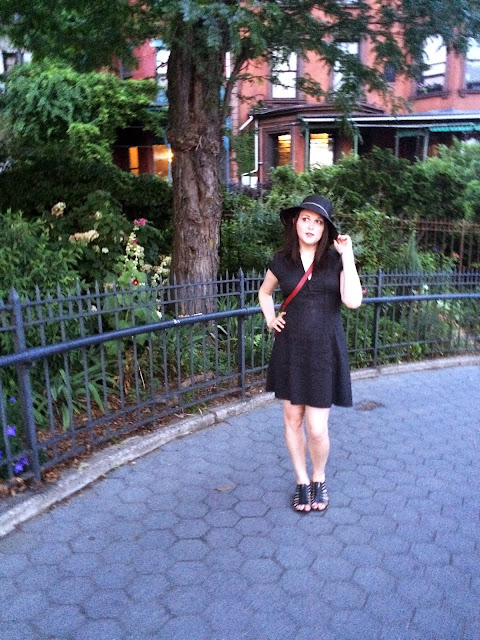 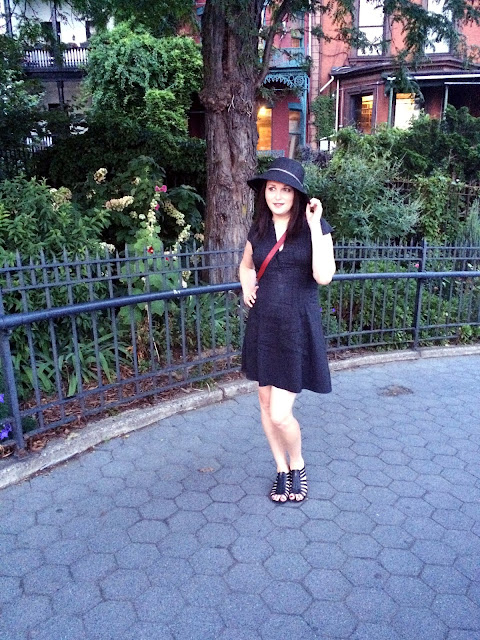 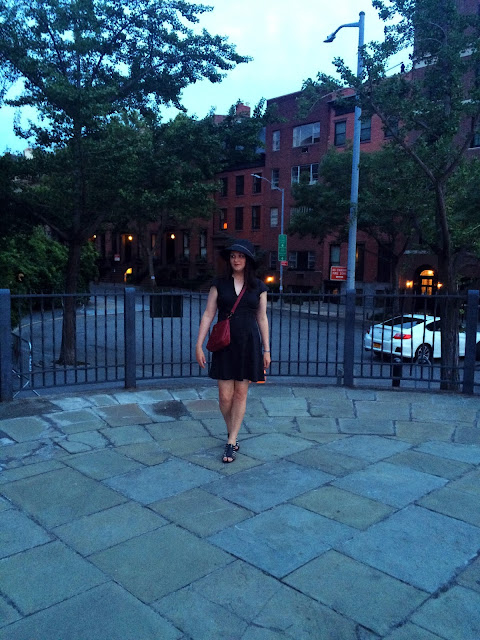 Well, expect more hat photos coming up and could someone please let me know when the Kentucky Derby is? I think I see a fun opportunity there.
Posted by Faith DaBrooke at 7:20 AM