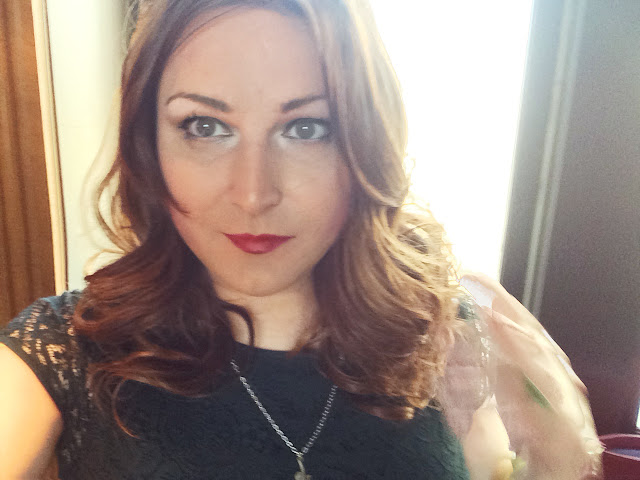 Okay. So I'm really doing this! Yep. I'm officially changing genders. In fact, I've event started HRT! So here's a little bit of news on that:


Be sure and check back for some videos on my experiences with hormones and with doctors.

But, first I wanted to talk about laser hair removal. Why talk about laser first? Well, it's because I was going to get laser regardless of whether or not I ended up fully transitioning. Seriously, I'd love to not have any facial hair. As a regular guy I really hate shaving and it'd be amazing to be able to skip that step every morning. As someone who sometimes presents female (call it crossdressing if you must) I'd love to be able to skip the whole foundation part of my makeup routine, and as a transgender woman, I don't want stupid hair on my lovely female face!

Time to get rid of it! I've done some research on electrolysis and on lasers. Laser seemed a better option, both for cost and convenience. There were many more places I could find doing laser than doing electrolysis. Plus a lot of other transgender women have used laser and had good results. So lasers. That's like some crazy sci-fi stuff right? Well luckily I have another sci-fi invention, the interconnected network of computers (or "Intnetcom") to do research.

On the Intnetcom there were a lot of options and they were expensive. So, I looked on Groupon and found some seriously cheap ones. Like super cheap. Like a year of unlimited laser sessions for $95. That raised flags for me...all of them seemed way too good to be true. Plus I'm naturally suspicious of any ad on the Intnetcom that's sexier than it needs to be. All these laser hair removal ads on Groupon were more sexed out than the parking lot of a high school prom.


So, I did what any skeptical person does online and tried to find some genuine user reviews. But, I couldn't find user reviews for any of the super cheap ones. Seriously. I couldn't even find them on Yelp. Then I searched for the addresses they gave and couldn't even find spa or laser businesses at those addresses. I'm not sure they're all entirely scams, but I was not quite ready to get out my credit card just yet.

Doing some more research, I found some blog postings and other write-ups people by who had had bad experiences with cheap laser hair removal, including some who got cheap sessions off of Groupon and ended up with facial scaring. That's something I definitely didn't want. Have you seen my face? I'd like to keep it scar free thank you!

Tres Belle had very good Yelp reviews, so they were the the place I decided to trust with the act of firing lasers at my face. It was much more expensive than Groupon. Way more expensive. But, you get what you pay for, right?

Anyway, I booked an appointment for a free consultation.

I didn't go in girl mode because I figured the makeup would interfere. I had however, just visited my doctor that morning in girl mode, so between appointments, I rushed home, washed off the makeup and then rushed out to the laser treatment.

It was a small spa, decorated like any other massage parlor or relaxation spa type business tends to be. I went in and then filled out some paperwork. Honestly, I hate it when places do this. Doctors are the most notorious. Why do you make me fill out all this junk on your website if you're just going to make me fill it out on paper when I get to your office? If you need my signature, just print out what I entered on your website. Ah well. This isn't unique to Tres Belle, so I won't knock any points off for it.

My consultation, as it were, involved the owner/chief laserteer explaining everything on the waiver that I had just read and signed. I get that. A lot of people probably don't read the waiver. The woman was very nice. She's Eastern European, maybe in her late 40s. She was very honest about what results could be expected, what complications could occur. Taking me back to the little room, she showed me the machine and explained how it worked.

I was kinda semi-androgynous, with a little bit of makeup and such still on (I was rushed and did a bad job washing it off). She never mentioned anything. She probably figured I was trans when I went in with tiny eyebrows and makeup and asked to have my beard removed, but she never said anything about it. Another local transgender woman I spoke with said they were trans-friendly, so that's good.

My only complaint about them was that they tried to upsell me into buying a course of ten treatments for $900 rather than buying individual treatments for $140. I get that's a big discount, but it was my first time in the place and this was the very first pitch she made. I was definitely not ready to plunk down almost a grand for a treatment I'd never even tried. Luckily, she didn't push for the hard sell and I agreed to do one round of treatment.

The process itself  was a little strange. I laid down on a paper covered little bed and put on some special glasses (actually I kept my eyes closed the entire time just to be safe). She started by putting some super cold lotion on my face. Seriously, it was freezing. It felt like someone was rubbing slightly melted ice cream all over me. Weird sensation.

The laser itself was painful, but not too bad. I tend to have a high tolerance for pain. The areas she did were around one by two inches at a time and certain areas were much more sensitive than others. My jawline was fine, but my neck underneath my chin and my upper lip were definitely the most painful. What was really weird was that I could see the laser flashes even with my eyes closed. But, I didn't have any after images or anything, so I think I'm okay. The ice cream lotion started to melt and slid down my neck in a way that definitely felt like I was bleeding. I knew it wasn't blood. But it was weird. Mostly it was just a weird set of unfamiliar sensations. There was pain, but it wasn't bad at all.

She said it'd take ten days to notice any hair loss and that it usually takes ten sessions or so to really get the job done. That's a year from now I guess. But, that may be a year on hormones and a face free of facial hair. That sounds like a good place to be.