My Soul Bounces Back 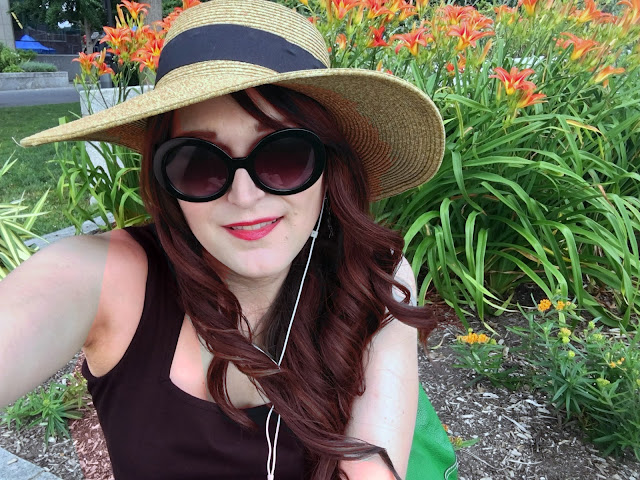 When you make a post called "Curb Stomped in My Soul," I think it's natural for people to assume I'm down. In a way I am a little down, but not horribly so. There's been a lot going on and I've let myself get overwhelmed by it. I did feel bad. I really did. Transition is stressful. Body issues are stressful. For me, being social is stressful. Even my creative work schedule can be stressful. I was so stressed out that I've managed to exhaust myself. But, things are getting better; they really are. 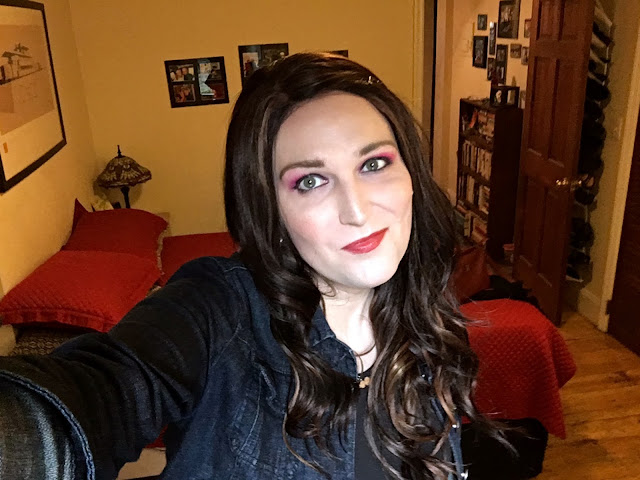 After a week with a deteriorating wig, I finally got my new one in the mail yesterday. It's so insane how much better I feel with great looking hair. This morning I got ready (and probably went a little too severe on my makeup - ah well) and then put it on. It immediately makes me feel better. As soon as I get it straightened and and look in the mirror, I'm able to think to myself "you look great, you're gonna rock today!"

Heck, walking to the subway I even got hit on by two different construction workers! Now, I certainly don't condone street harassment, but when you've been feeling down, a little attention can feel good. Hey, at least someone thinks I'm a girl, and what's more, an attractive girl at that. So yeah, while I normally hate getting hit on, today it perked up my spirits a little bit. Also, how come only really gross, creepy guys hit on me? Seriously, how come Ewan McGregor never hits on me? Just creepy dudes? Ah well, c'est la vie. 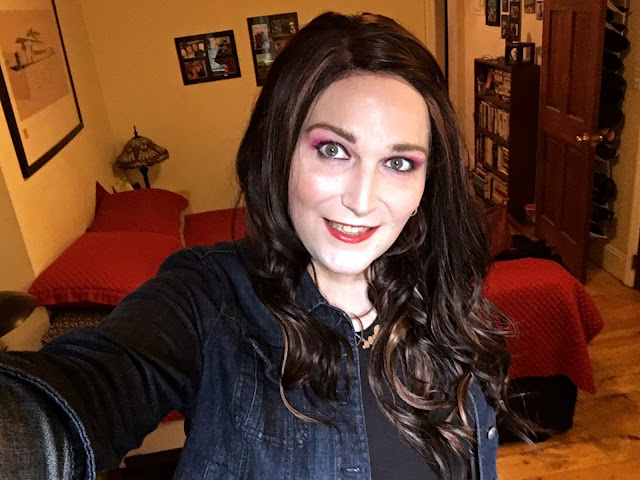 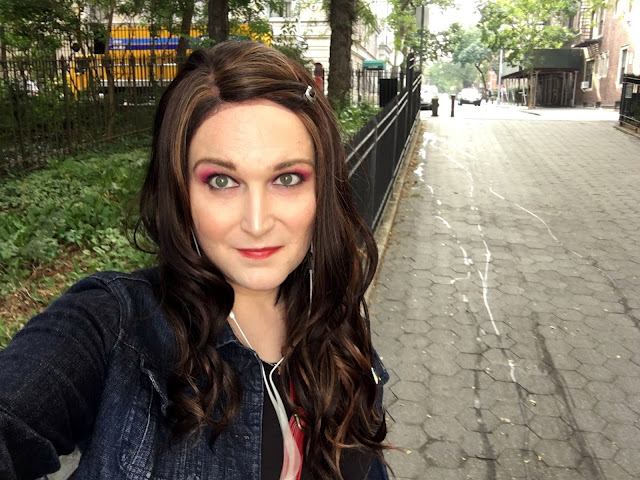 If I were honest with myself, I still feel very much like an impostor. I don't always feel like I'm really a woman. I feel like I'm faking it and that I'm lucky if other people buy into my fakery. But then, there are other moments when I look in the mirror and I can really see myself as a woman. As I head toward my second HRT anniversary, I've started to notice way, way more changes. They're not kidding when they say that HRT is slow. 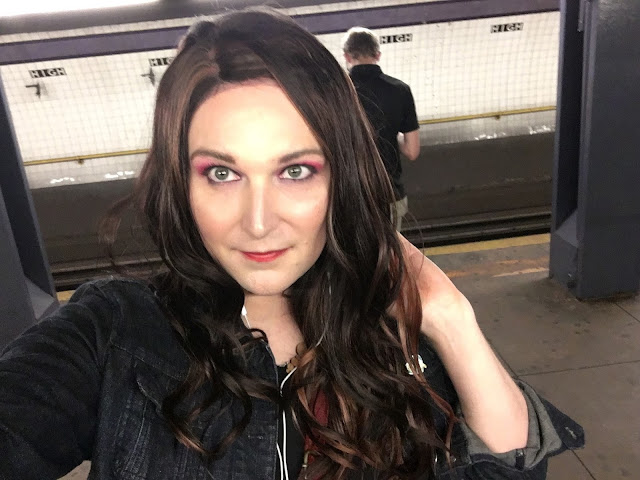 Another thing that's making me happy is that I'm inching more towards my life goal. It's a new life goal, one I only realized was achievable a couple months ago. I was watching a Vlogbrothers video, one by John Green, and I realized what I wanted out of life. I want John Green's job. He's an author, and a YouTuber, and he's successfully turned that into a thriving business. Half my favorite YouTube channels are produced by him and his brother.

And one day, I was watching one of his videos and I thought "Hey, I do videos, and I blog, and I have a podcast and write books. I love nothing more than being creative. And lots of people seem to like what I make. maybe I can do this as a job one day!" So, I've been working on coming up with ways to do what I love as my job. 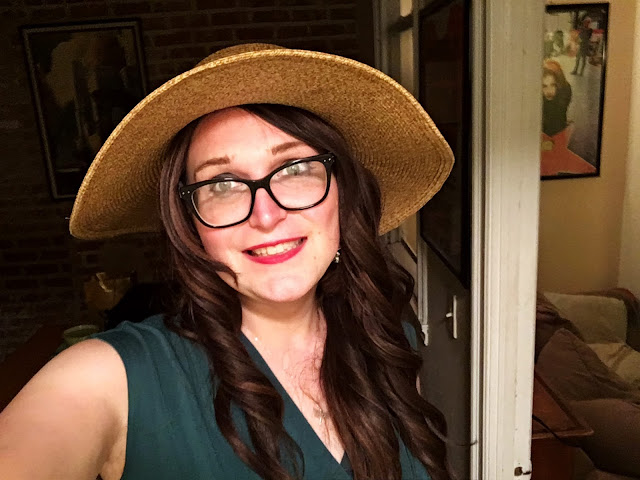 First off was the Gender Rebels Patreon page and that's been going really well (thank you so much to all our patrons!). And I'm seriously itching to launch back onto YouTube with the channel Gender Rebels TV, and my own channel Transjedi, where I'll discuss Star Wars from a transgender point of view. I want these videos to look decently professional, so there's a lot to be done before I can start filming in earnest.

There's lighting, which is crucial because my apartment does not have good light. Kath and I will have to figure out a good space too, since we don't want clutter in the background. On top of all that, I'd like to get some lens upgrades for my iPhone. Thankfully the patrons have basically made getting that stuff affordable. Then, I'll also need to learn Adobe Premier. But, I tend to learn by doing, so I'm excited about that. Now that I have a weekend with no plans coming up, I'm thinking that I might buy the Premier subscription and start tinkering. 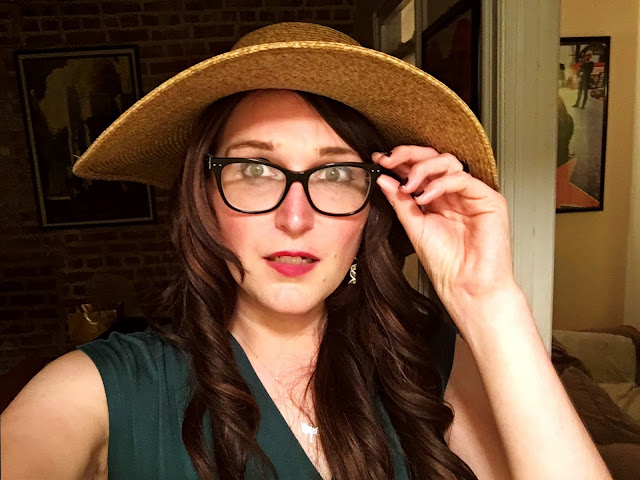 Matt has spent his whole life wishing he could be a girl.  But he doesn’t know if transition is right for him. As a high school student in suburban Georgia during the Nineties, he is able to take his first steps toward transition. With his friend Michelle by his side, Matt begins exploring local gay bars and discovering more about his own transgender feelings. Life gets even more confusing when he moves to New York and falls for Erin, a struggling artist and lesbian. Matt must decide if an ordinary life as a normal guy could work, or if his whole life has been leading toward transition.

American Transgirl is a funny, heartfelt contemporary novel. Its protagonist is a transgender woman who deals with hormones, a name change, coming out, and other aspects of gender transition. The story also explores universal subjects like the longing for fulfilment, love, relationships, and friendship. Transition is presented as only one part of a larger life.

Also, I'd like to go back through my writings to see if I have any good pieces that I could submit to websites and magazines. I think building up my writing credit portfolio will make getting a publisher easier. 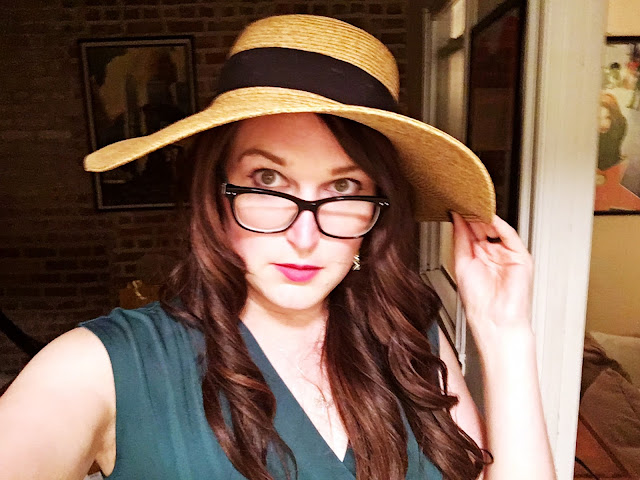 Until I become a rich and successful writing, I still have my day job. It's been eight months since I came out, and I just had my performance review. It looks like a raise and promotion are in my near future timeline! That's gonna help me get my finances back where they should be. Not spending $300 or $400 a month of booze is also helping me with that.

And speaking of not drinking, I've lost 12lbs (5.44kg) or so since April. Control over my drinking, coupled with a regular workout schedule are doing wonders for me. Right now, I'm at the lowest weight I've been since I quit smoking seven years ago. Not only am I getting skinny, I'm actually going to have to start getting new clothes! Yay, shopping! And I can actually justify buying dresses now - they're for work! 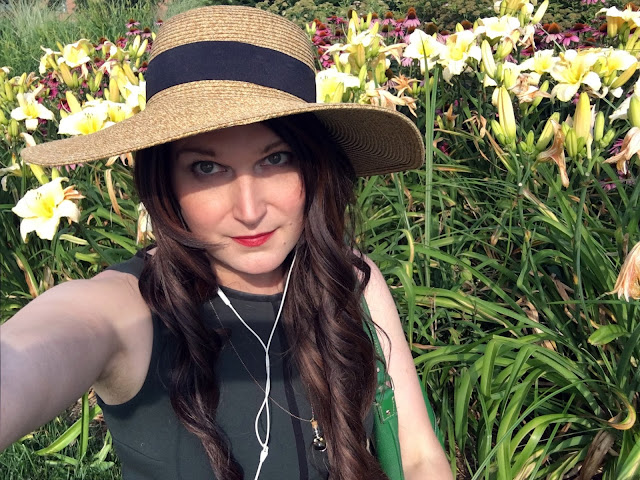 Another good thing happened on Wednesday night. After I'd worked out at the gym, Kath and I decided to go out to dinner to celebrate my performance review. As I had just finished up at the gym, all I did was switch out my workout pants for a skirt, and my sneakers for sandals. I went to the restaurant in my own natural hair, in super casual mode. And despite that, I got gendered correctly multiple times at the restaurant! I really should go back there. 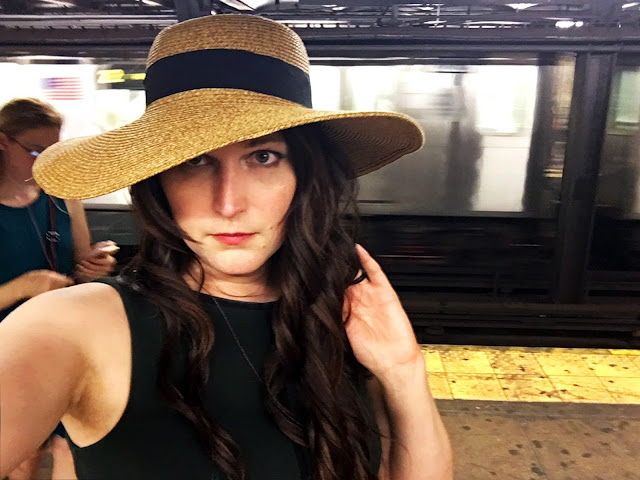 Another plus, which isn't a great one, but it still counts, is that everyone cares about transgender rights all the sudden. The other day, our insanely unqualified President decided to randomly tweet some anti-transgender bullshit. Which is bullshit. But, what else can you expect from a completely useless moron like our dear leader?

But, as soon as he did that, the floodgates opened and social media, traditional media, and everyone else was full of pro-transgender statements, memes, videos, everything. It was, I admit, kind of nice to read Reddit, Facebook, Instagram, and others on a day when it seemed like every other item was a pro-transgender meme or graphic. It was nice. It's nice to know that Republican bigots are going to accomplish only thing here; making ordinary people from across the political spectrum, stand up for transgender rights.

And all it took was a horrible bigot attacking us. Yay? 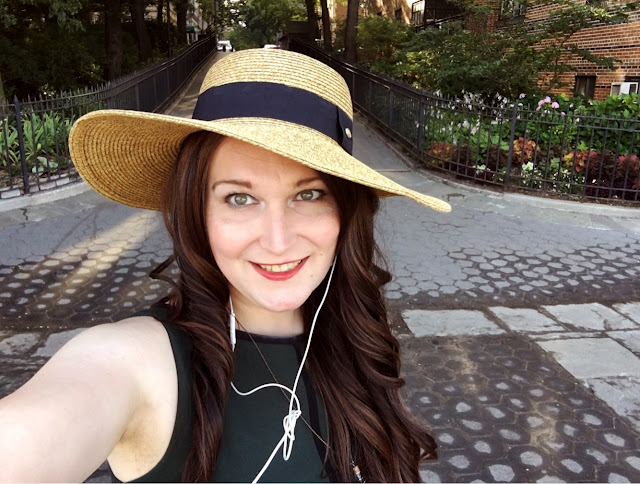 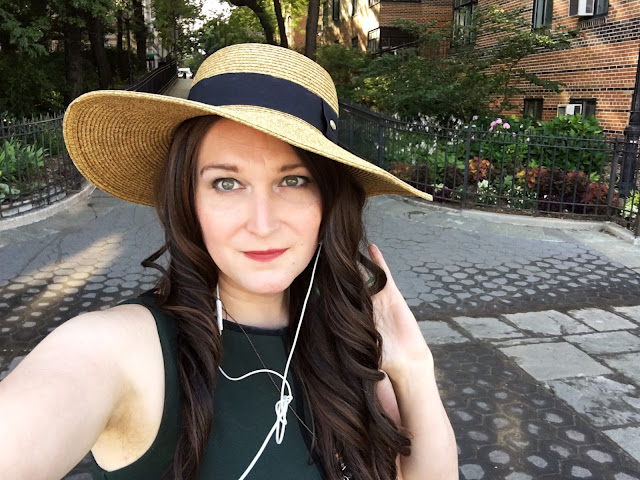 Well, it seems like there's been a lot of good stuff going on in my life right now. And, most importantly, I have the rest of the summer with no social plans. I'm sure I'll throw some in there, 'cause I love all of my friends, but I need time to relax right now and get myself re-combobulated. Plus there's a lot of creative stuff that I'd love to really jump into; new bonuses for patrons, new podcast episodes, new videos. Heck, I'm even 13,000 words into my next novel.

Bring on the weekend! 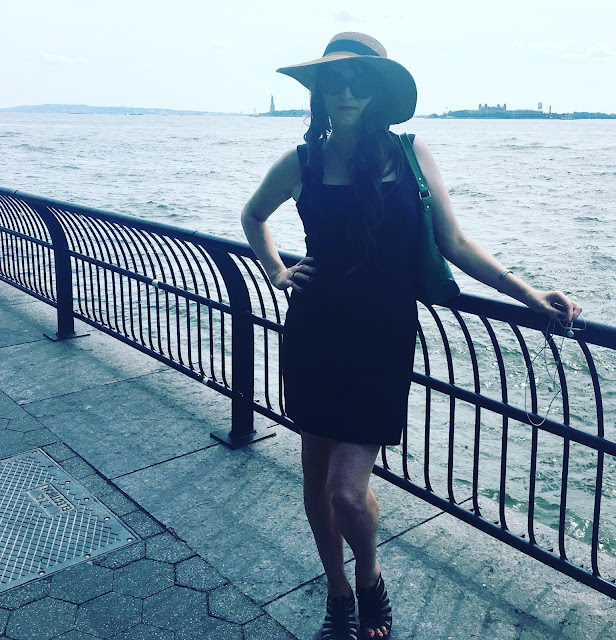