Spironolactone- A Simple Solution to Most of Society's Problems

There are a lot of problems in this world [citation needed] and there have been quite a lot of proposed solutions, a lot of solutions tried, but thus far none have worked. Doing unto others, five years plans, anarcho-syndicalist communes, religion - they've all been tried but none have succeeded. Even the current US government's plan of starving the poor to make the super rich even richer might not succeed in solving our problems.

So what do we do then? Give up? Pack it in, pump our brains full of happy drugs and merrily await the total collapse of global society? While I know we're all kind of tempted to peruse a course of action like that, I for one refuse to sit idly by while the world falls apart. As it turns out that being a transgender woman has actually given me some unique insight into how to fix most of our problems. I've come up with a simple solution. This: 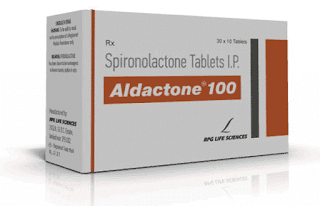 Specifically, we need to put spironolactone in the drinking water. Taking this simple step will actually help solve quite a few of the world's problems. Think about it. What does spiro do? It blocks testosterone. Testosterone is a chemical that is known to cause aggression, male sexual urges, higher risk taking behaviors, and competitiveness.

Aggression, male sexual urges, higher risk taking behaviors and competitiveness. Think about that. Aggression leads to assault, fighting, even murder and war. Taking more risks leads to early death or to injuries that drive up health care costs for everyone. Male sexual urges can lead to sexual assaults, unwanted pregnancies and even overpopulation. Many of our current problems stem directly from competitiveness. Testosterone makes men unwilling to share resources or to accept compromise. In fact, things like sharing and compromise are often portrayed as weak.

And what does taking spiro do? It causes erectile dysfunction, destroys sperm count and reduces aggression. It gets rid of all of testosterone's effects. Putting it in the water supply will help solve the following major issues that America, and the world, is currently facing:
Reducing aggression will help end a great number of violent crimes. Sure, it wouldn't get rid of all crime, but it would eliminate the crimes that most endanger people. Our criminal justice system wouldn't be so overworked or clogged with cases.

Reducing fertility would help end over population. Plus spiro's lowering of sperm counts would completely prevent unwanted pregnancies. You want to get rid of abortion? Put spiro in the water and, in a few months, the number of abortions would drop to zero.

With the population reduced and with competitiveness greatly decreased, equal distribution of resources will finally be a reality. Income inequality and poverty will be finally be solved. The social unrest caused by unfair treatment of the working classes will also be alleviated. Cooperation can finally replace competition in politics, in international relations, and even in the office. Utopia, here we come.

So, while things look bleak now, it's at least good to know that a solution to all these myriad problems does exist. All we have to do now is write to our representatives, write to the United Nations, and get them to start putting spiro in all the drinking water. And if they say no, we'll just have to do it ourselves. I'll go to my doctor and see if she'll give me a prescription that allows for 60 billion or so refills. Which way to the reservoir?
Posted by Faith DaBrooke at 7:10 AM

Email ThisBlogThis!Share to TwitterShare to FacebookShare to Pinterest
Labels: HRT