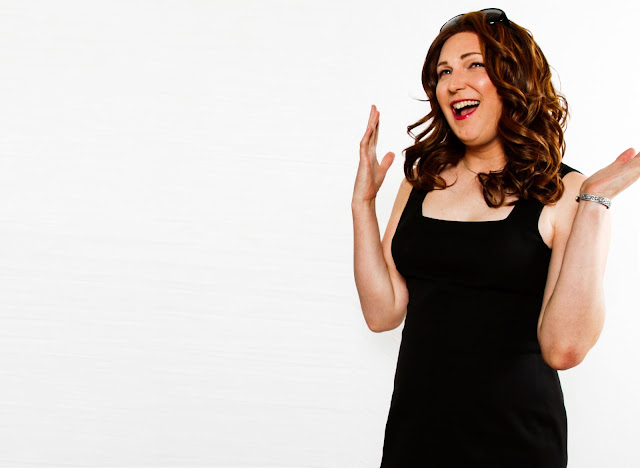 Though I never once thought of myself as any sort of activist or socially conscious person (more a scoundrel really), I think it's just fate that I would end up being active in the transgender community. After all I'm kind of a loud mouth too. Plus I grew up being bullied and so I have a well developed desire to fight against bullies and stand up for the more marginalized people. Of course, don't let me get ahead of myself. I'm not Gandhi or anything. I'm still pretty much on the side of scoundrel. But, I have found myself getting more involved in the the trans community and yes, I've had fun doing so.

Okay, it actually started with a something I saw on the Callen-Lorde Community Health Center Facebook page. Those of you who are regular readers may know that I get my hormones from Callen-Lorde, They are such an amazing place and honestly I can't sing their praises enough. I love the place. When I saw that they were having an open call for a photo shoot I couldn't resist. Seriously, how could I miss that? Professional photographers with professional lighting offering to take photos of me? Hell, yeah! Plus they'd put me on all their brochures and website. I'd be the face of Callen-Lorde! I'd be famous! 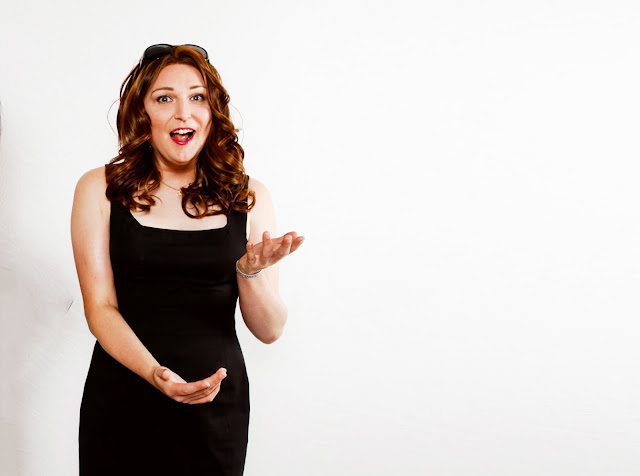 It was super fun, I must say. Mostly because I love being a model. Well actually it was a little nerve wracking at first. This is because I've got a fair degree of social anxiety, so going into a random room full of strangers tends to make me quite anxious. Luckily I had my phone and could tap on that. What did we do before smart phones?

Luckily though I was one of the first people there so I got to start with pictures almost instantly. The photographers came over and asked for a couple of people to do a group photo and I figured why the hell not? After all it was either being a model (which I love) or sitting there nervously playing on my phone. So, yeah, pictures!

They paired me up with another transgender girl (way prettier than me, but it's not a contest right?). The photographer took a first shot of us holding up our name card and waiver, then proceeded to start posing us, making us run through a few different poses including serious and fun ones. They even had us pose with toothbrushes for some dental health promotion they'll be running.

Then they actually had us pretend to be a couple, which was a little awkward. And I thought to myself, yep, that's gonna be the picture they use. My girlfriend is gonna go to the Callen-Lorde website and the first thing she'll see is me with some other girl! And of course the photographer then broke out the condoms and was like "Okay, now you're sharing condoms with each other and you're excited about that!" Yep. Ah well. That's modelling. It's like acting. I bet Kate Moss doesn't even use Rimmel London mascara. 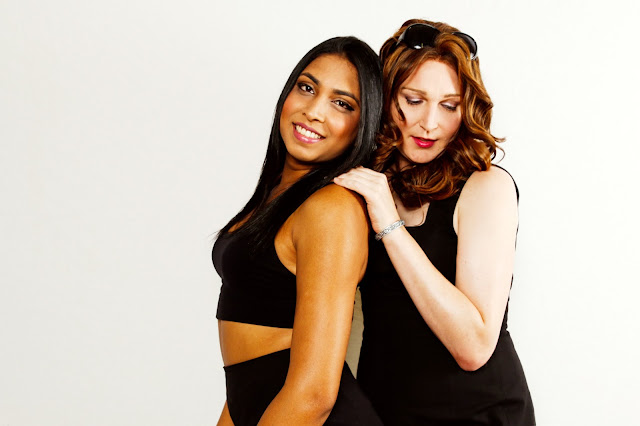 There were some solo photos too and some larger group photos. It was pretty fun and I ended up meeting some really cool transgender girls (and some annoying ones too who kept sharing way too much personal info. I get that we're all trans, but I do not need to hear about your genitals or sex life, okay). All in all though, it was a super fun experience and I'm so glad I did it. Can't wait until I can do it again. 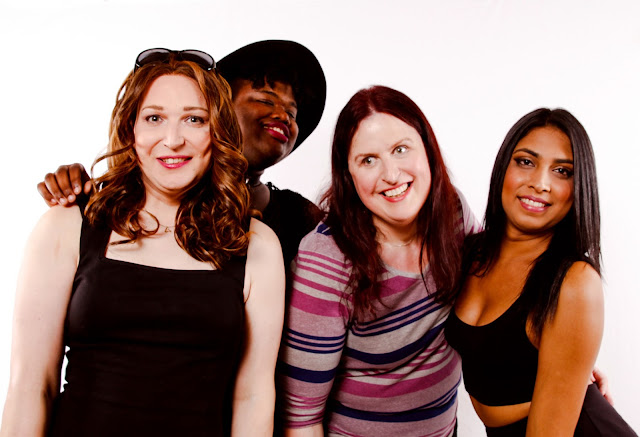 Plus I got recognized! Seriously, someone was like "I read your blog!" How cool is that? I'm semi-famous with a very, very small niche group. Hey, that counts. And maybe when Callen-Lorde Community Health Center starts putting me on their promotional materials I'll be even more of a major celebrity.

Though I just know that they're going to end up using an ugly photo of me on their website at some point. I like having complete and total control over what photos of mine get released. That's why people think I'm pretty. Trust me. I take lots of ugly photos - I just make sure people never see them and thus people think I'm prettier than I am. It works. 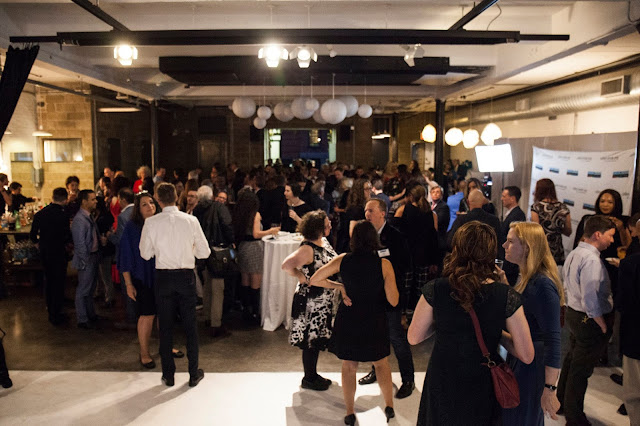 The photoshoot was so fun that when Callen-Lorde announced their Transcendence event to celebrate the transgender community, I immediately bought a ticket. And then later that afternoon got an email letting me know that I was on the guest list. I could've gotten in for free! Ah well, I'm happy to spend money on a good cause. And Callen-Lorde Community Health Center is an amazing cause. Seriously, they do so much good for the LGBTQ community.

Well, the party was packed. It was so packed that it was actually hard to get around. But it was a lot of fun. Though, my partner and I are both introverts, so we have a really hard time mingling. It's a skill we both wish we had. But unfortunately, our skill sets don't quite cover chit chat. Seriously, we're so bad at it! All we do at events is talk to each other, then we feel bad that we're not mingling, so then we spend a bunch of time strategizing different ways to start mingling and trying to develop a plan to begin mingling. We even try to identify the best people with whom we could start mingling. But we never do. Ah, the life of an introvert.

Now, we did manage to sneak into a few other people's photos, so when they posted up the pictures we got to play a fun game of "Where's Waldo" looking for ourselves in the backgrounds of other people's pictures. 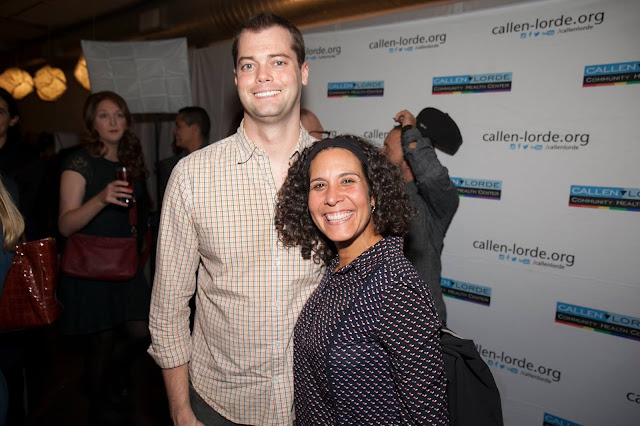 It was a fun night and it actually felt great to be out with people from the LGBTQ community. A large part of me still carries a lot of residual shame about being transgender. It's true. It was something that I had to spend most of my life burying and hiding from everyone I knew. But, the idea of actually being part of a community is going to take some getting used to. Either way, I definitely want to go to some more events and see. Between being out in the community, my blog and podcast, maybe I'll accidentally find myself being an advocate. Well, if I do, I'll promise to try and not be preachy about it. And I should add one more quick thing that all these photos are by Callen-Lorde Community Health Center.
Posted by Faith DaBrooke at 8:51 AM