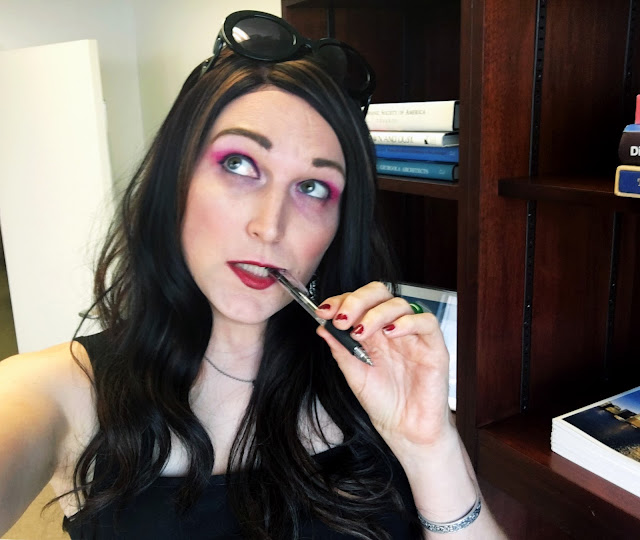 Over the years, I've had many different answers to the question "What do you want to be when you grow up?" There was astronaut (I'm too tall, and also grossly unqualified), engineer (I had no idea what an engineer was), garbage man (mostly I just liked big trucks), lawyer (after winning state debate in 11th grade), movie director (after watching my first Quentin Tarantino movie), and comedian (which I gave up after bombing on stage a few times, not realizing that the professionals keep going after they bomb). But, one of the things that I've always wanted was to be a writer.

It was back in high school that I first started writing seriously. After reading about Beowulf and the Epic of Gilgamesh, I set out to write the longest epic poem in the English language. It was a quasi-historical fantasy tale based mostly on ancient myths. In high school I also wrote my first screenplay titled Orange Dignity. Mostly it was full of inside jokes my friends and I shared. In college, I wrote more screenplays, I think around ten or so. There was a sci-fi trilogy, a wacky comedy that I actually started filming, a couple horror movies and some Clerks-esque ones too. In senior year of college, I wrote my first novel. Actually I took on a ghostwriting job for a conspiracy guy who paid me $1200 to write his book Counting to Zero. Call it the very, very poor man's Tom Clancy.

After college I had a couple brushes with success (well, more like brushes with people who'd had brushes with success) and actually managed to get a couple of my screenplays read by some Hollywood producers. I had a few meetings that went well (though I only later learned that all Hollywood meetings seem to go well), and I had a script optioned for a thousand bucks. Nothing ever came of it though. I once knocked out a 120 page screenplay in one night after I threw out an idea in a meeting and had a producer say "I like that. I have a meeting on Friday, can you send me the completed script by then?"

I thought about moving to LA to start a serious screenwriting career, but firstly I had just moved to New York and didn't want to move again to a city where I knew zero people. Secondly, all the Hollywood movie people I'd met seemed non-genuine, shallow, and only interested in people as resources to be used. It wasn't my scene so I kept my crappy apartment in Queens and my job at the art supply store.

Well, over the years, I kept writing. There were a handful more screenplays just for fun, and finally, my first adult novel, The Homebody's Guide to Falling in Like. It's a funny, bitter sweet, introspective piece that's sort of an anti-love story in that tells the story of a relationship from its beginning to its end.

But, I've just finished a new book and it's a more personal one. American Transgirl is a novel that approaches the transgender subject with humor and with honesty. It is about life and the relationships we form with friends, partners, our homes, and our own ideas of who we are.

The protagonist Matt has spent his whole life wishing he could be a girl.  But he doesn’t know if transition is right for him. As a high school student in suburban Georgia during the Nineties, he is able to take his first steps toward transition. With his friend Michelle by his side, Matt begins exploring local gay bars and discovering more about his own transgender feelings. Life gets even more confusing when he moves to New York and falls for Erin, a struggling artist and lesbian. Matt must decide if an ordinary life as a normal guy could work, or if his whole life has been leading toward transition.

I thought I'd share the first chapter with you as a preview of the full story. Click on the image below to read it: 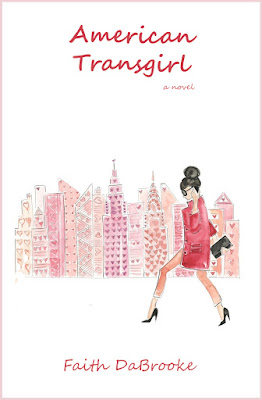 So, I'm working on trying to get both of these published. No success yet, but I'm keeping on trying. I've also been looking for magazines and websites to pitch some ideas to, which is something I've never done before. But, I want to get some credits under my belt. Writing is a tough career to break into, but the thing is, I'm going to be writing anyway. It's something I love doing. I'm already thirteen thousand words into my next book. Since I'm writing anyway, maybe I should try and get paid for it.

Wish me luck.
Posted by Faith DaBrooke at 6:34 AM

Email ThisBlogThis!Share to TwitterShare to FacebookShare to Pinterest
Labels: writing