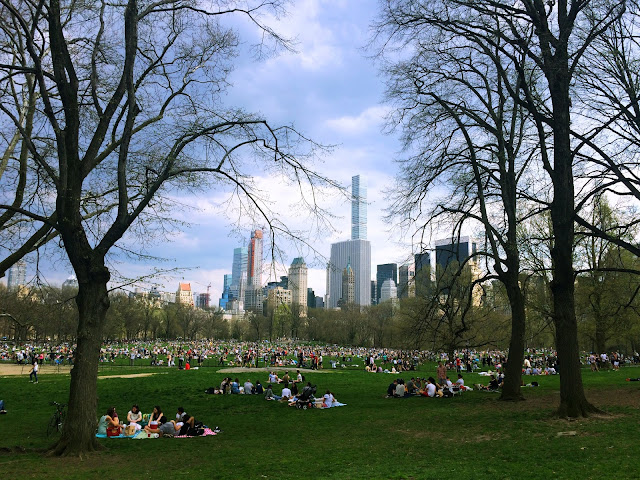 Having grown up in the South and then moved to the North East, I have to admit I have never gotten used to winter. In the South winter doesn't even happen. Remember reading about the Four Seasons; winter, spring, summer and autumn? Those only ended up in our collective culture because back in the 19th Century, when the US was figuring out its national identity, people from New England, who thought old Europe was the height of all culture, wrote all the school books. In New England there are four seasons.

In the American South there are maybe two which I call hellsummer and greyfall. In hellsummer the thermometer creeps up to the high 90s or low 100s, the air is so humid you can cut it with a knife, and then every evening a horrendous thunderstorm breaks for about an hour. Then after the temperature starts slowly building up again. Grayfall is just a dull sort of slumber, where the temperature routinely dips down to the high 30s before dawn, only to climb to the 50s by midday. It's neither fall nor winter. It's a dull, four or five month long slumber before hellsummer returns.*

New York City has three seasons; darkfrost, longsummer and greyfall. Darkfrost is a deep cold that overtakes the city for five or six months at a time, a period when the sun dies, clouds reign and blizzards terrorize. Longsummer is like hellsummer but less intense temperature-wise. Though it is just as intense humidity-wise. Greyfall actually comes after darkfrost and is just like grayfall in the South, only it slowly melts into longsummer. New York also has some anomalies that aren't quite protracted enough to be considered actual seasons. There exist about twenty total perfect days scattered through the calendar year. Generally they pop up at the beginning or end of longsummer, but sometimes perfect days can randomly appear in the middle of greyfall or darkfrost. Perfect days are the best. They are what all New Yorkers live for.

It's been really nice lately because even though greyfall is upon us, there have been a number of perfect days. I love perfect days. They're the days when you can throw on a dress, go out, explore and live. Oh my gosh you can live! Seriously, darkfrost leaves me feeling down and depressed; it's dark, you can't go outside without tons of layers, and often it hurts to be outside. But perfect days. Those are, in a word, perfect. I love them.

Easter Sunday was one such day. We met up with some friends who hosted a brunch and afterward found ourselves right near Central Park. We couldn't resist the temptation to go exploring. As you can see in the above picture, about 600,000 other people had the same thought; Sheep's Meadow was packed. It's not just me, you see. On days like this New York City comes alive; the streets and parks are full of so many people, it's like we all awoke from a deep slumber. All the girls put on their dresses to feel the gentle breezes and the warm sun on our legs. It's wonderful. 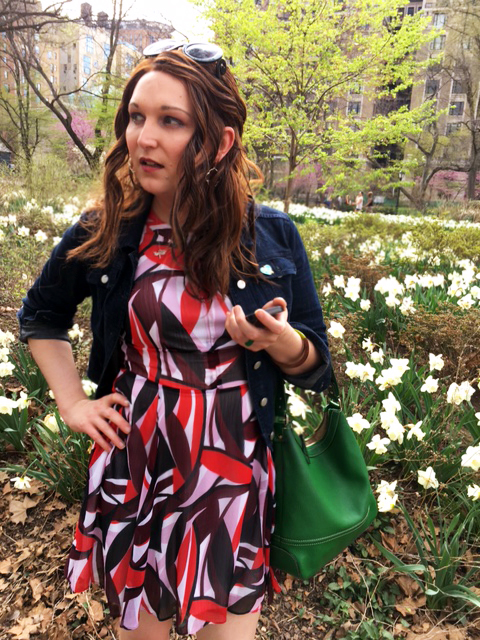 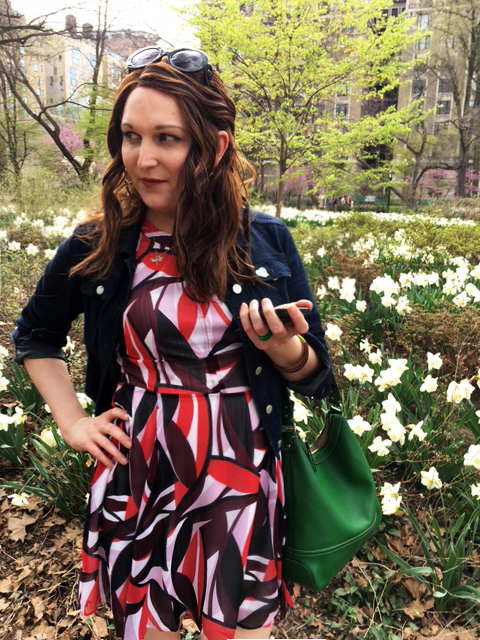 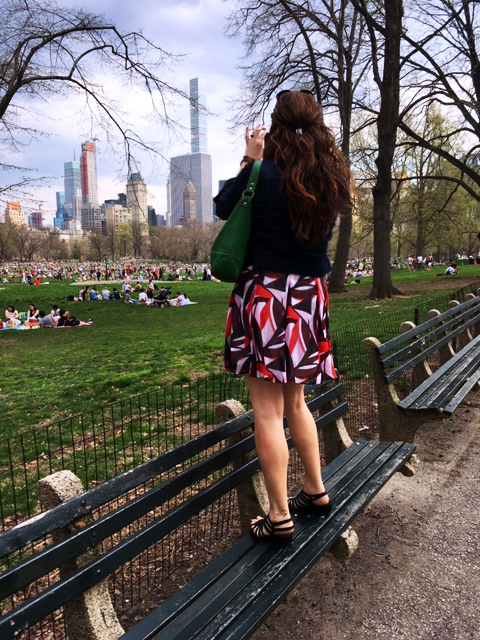 We had another perfect day last Friday. There was going to be a high of 80F, so I wore a dress to work with no tights. All winter long I wear tights which isn't terrible, but I really love having my legs bare. Walking to work, I spied other women who were also rocking dresses on the nice day and it gave me a warm little feeling. I was just another girl enjoying a dress on a perfect day. 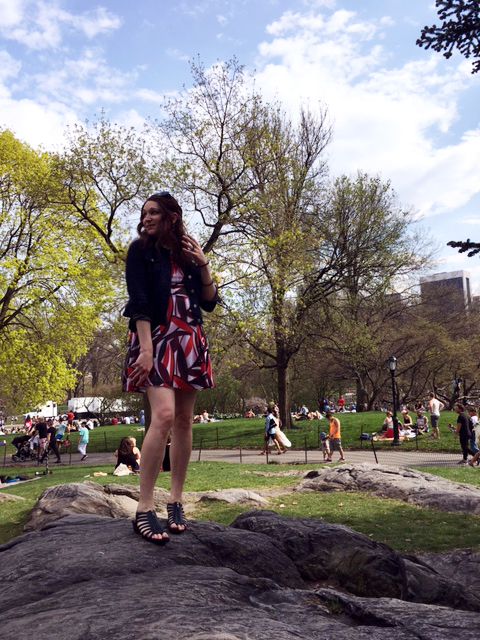 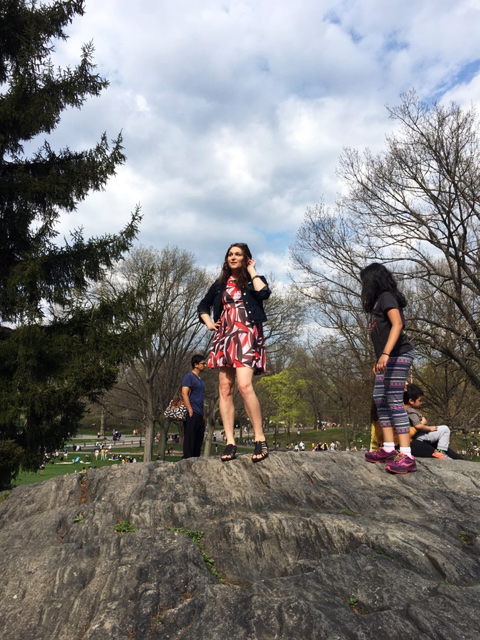 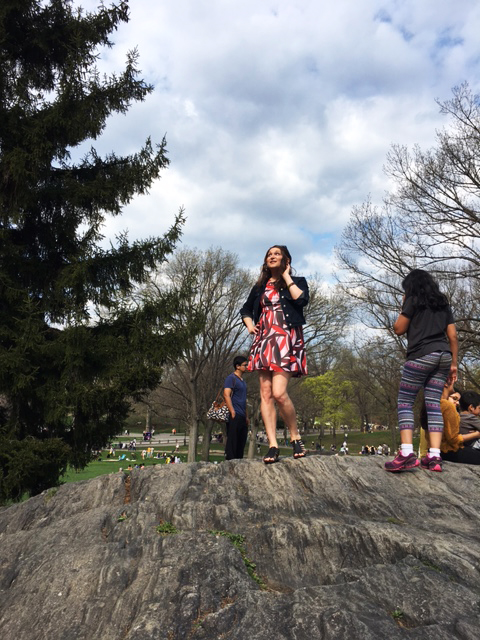 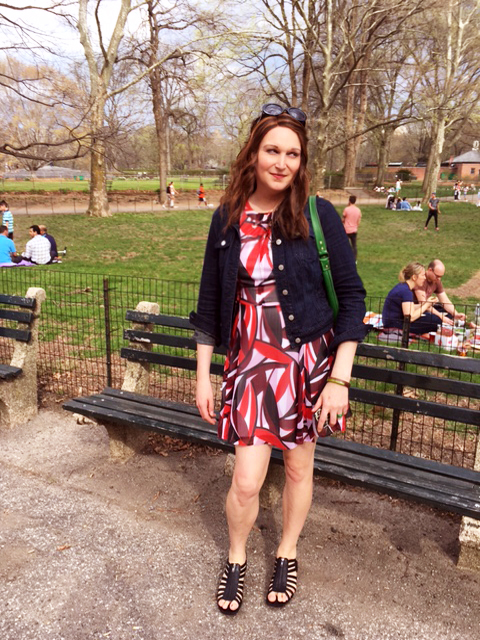 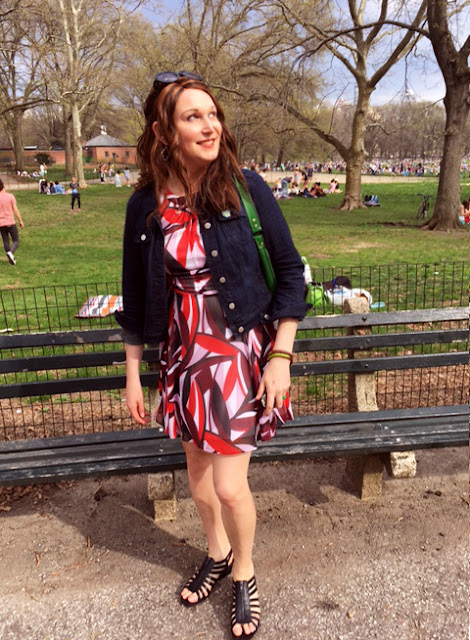 One nice weekend recently, I threw on a dress and then decided to go biking. Since a bike helmet would probably just destroy a wig, I went with my own natural hair. It's really growing out quite a bit and hopefully within a couple more months I'll be able to have my real hair and then never worry about wigs again. 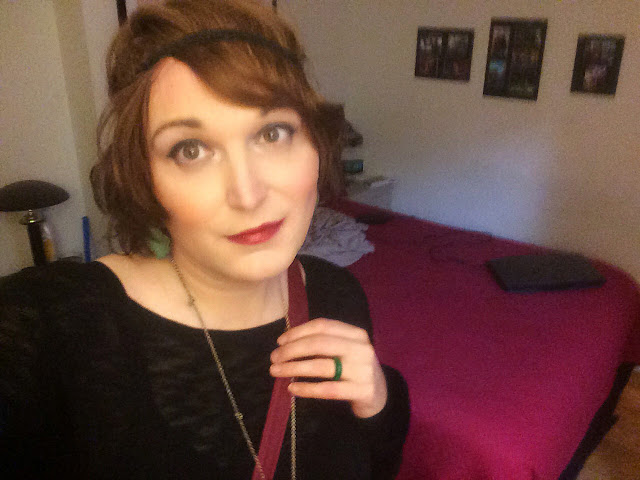 When I came back home, I realized my hair kind of gave me a flapper style look. So, I quickly put on my most flappery dress (a black one with some fringe) and took a couple flapper pictures. Because, of course you have to! There are a number of 1920s themed parties in NYC in the summer and maybe I'll need to go check one of those out. The warm weather definitely portends the coming of summer and this girl, for one, can't wait to get out and enjoy it. 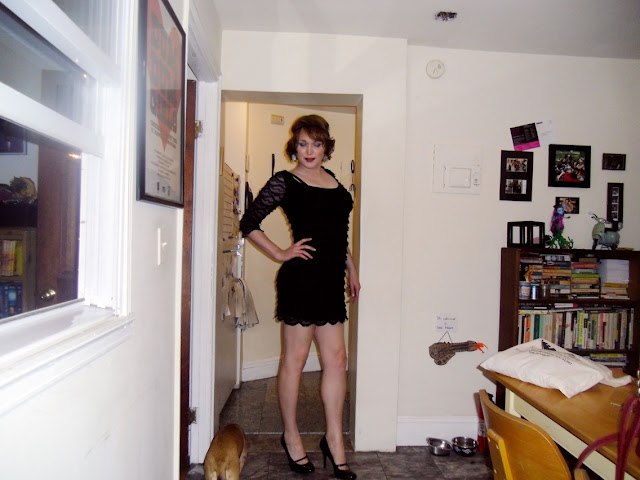 * Yes, I'm using Fahrenheit. That's not because I'm a terrible, uncultured American. I am well-aware of Celsius and I think Celsius is a terrible temperature system. Fahrenheit has the obvious flaw of having negative temperatures, but Celsius shares that flaw. So, really Kelvin is the better temperature system since 0 is absolute zero. Of course that would make room temperature 295, which would take some getting used to. Fahrenheit has one great benefit over K and C. It allows for a greater range of temperatures in the normal human range of experience. Now, if someone wants to go and invent Kelvinheit, where 0 is absolute zero and where you have a range of at least 100 degrees for normal human experience, then I'd be all for using it. Until then, I'm using Fahrenheit. And don't even get me started on how the Metric system lacks a convenient human-tool sized measurement. A spatula, a hammer, they're all about a foot. Because we experience things in that scale, it's handy size for a base unit.

Geez, I'm pretty opinionated, aren't I?
Posted by Faith DaBrooke at 7:39 AM

Email ThisBlogThis!Share to TwitterShare to FacebookShare to Pinterest
Labels: Day in my life