For years and years I did not smile in my pictures. Seriously, you can look back at my photos and there's ten years, thousands of pictures, where I didn't smile. There were a few reasons for this. For one thing I thought I looked cute when I was pensive, brooding or evil looking. Blame the goth aesthetic I loved. But you can also blame the fact that for years I had bad teeth.

The reason I had bad teeth was because I didn't go to the dentist for maybe eight or ten years. Why would someone neglect their poor teeth this way? Well, first off I didn't have dental insurance (thanks, utterly broken American healthcare system) and also because I was deathly, deathly afraid of dentists. Deathly afraid.

In fact, I was so afraid of dentists that I remember once watching TV with a friend and there was an innocuous scene featuring a dentist and I had to leave the room. The reason I think I was afraid of dentists had to do with a terrible dentist I visited when I was sixteen years old. But let's go back in time a bit.

When I was seven years old I got my front tooth knocked out in a fight.While I don't remember exactly what the fight was about, I do remember it was with one of my good friends. We had some sort of disagreement on the playground and he bopped me one. I barely remember it but he broke my front top tooth which forced me to get a cap.

Nine years later that cap literally split in two one day randomly. I guess my other teeth were growing and exerted too much pressure and I was left with the friggin' Liberty Bell in my head. That was bad enough. Then my dad took me to his awful dentist. I don't remember how my dad found this dentist but I assumed my dad based his dental choices on which dentist was more anti-abortion than the others. My dad was seriously like this. He would choose insane evangelical Christian businesses regardless of their quality of product.

So I sat there in this dentist office and without warning, without anesthetic, he takes a tool and rips the cracked tooth right out of my mouth. No apology, no nothing. It freaked me the fuck out. That was a part of my head! I'd had nighmares about teeth falling out and here's Christian McDentist turning those nightmares into reality. I still shudder thinking about it. I got my new tooth at least.

Well, thanks in part to a coworker who once introduced me to a dentist who specialized in treating people with odontophobia, I eventually overcame my fear. While I still don't like dental visits, the mere thought of them no longer drives me to panic attacks. One problem though was that while my normal teeth were bright and shiny, my fake tooth was not only too large but it was also the wrong color and stuck in at an odd angle.

But, I learned to smile in my pictures at least. As you can see in this other classic photo from some time in 2012ish.

Recently though, I finally got around to getting my big, ugly, discolored, misaligned tooth fixed. And I got myself a bright shiny new tooth that fits my mouth, is straight and is the same size and color as the others! Yay! I finally have good teeth!

So in celebration of good teeth I got home from the dentist and did what I always do. Took lots of pictures. Here's the first picture of Faith DaBrooke with normal teeth! 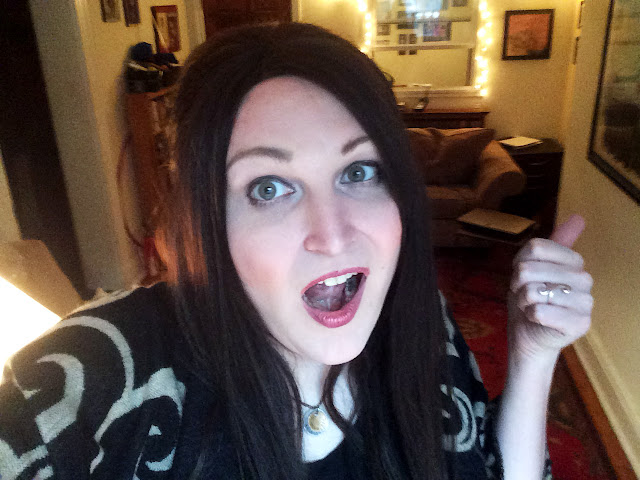 And here's the first weird picture of Faith DaBrooke with normal teeth. 'Cause I'm a weirdo. 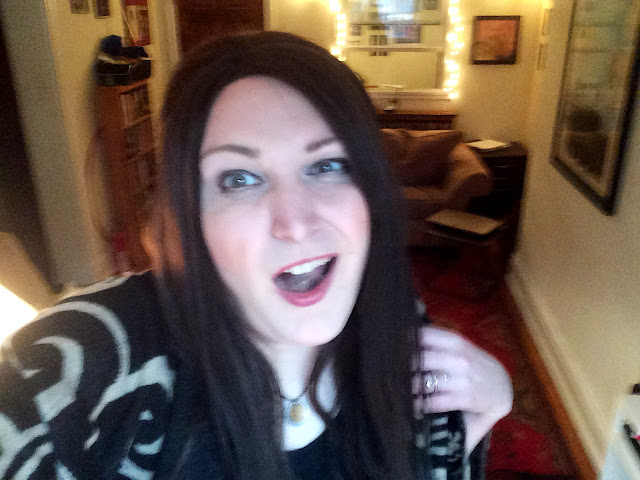 Okay, and I also took some normal pictures because I'm not that weird. Okay, who am I kidding? I am pretty weird and always have been. 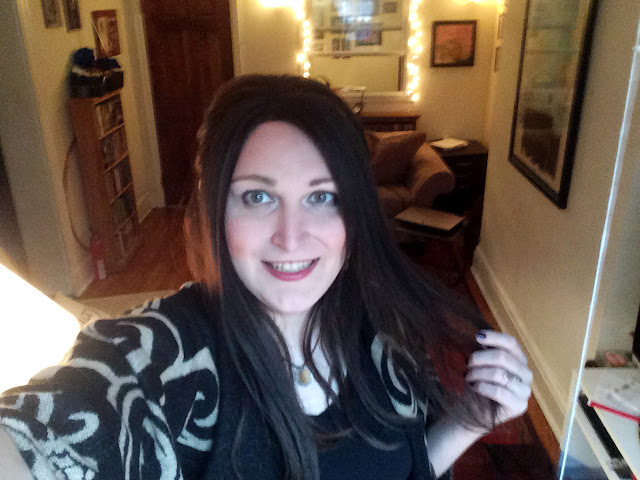 The fun thing was that I wasn't yet out to my dentist. I had just started at a new dentist due to some insurance things with work and had only had one visit with him before I came out full time. As I was fairly exhausted with coming out and didn't want to deal with it, I actually dressed down as a boy for my tooth fixing visit. It just made things easier. Granted, I wore girls' jeans and a girls' hoodie and had a girls' coat and probably a bit of eyeliner, I still went in relative boy mode. Then of course, I got a call a few weeks later from the dentist. There was an issue with my insurance because Boyname DaBrooke doesn't have insurance any more. Everything is under my new legal girl name. So, I ended up having to come out to them anyway. Ah well. It was bound to happen.

Well, be sure to check back for lots of new smiles in my pictures. Maybe even some normal, non-goofy ones. 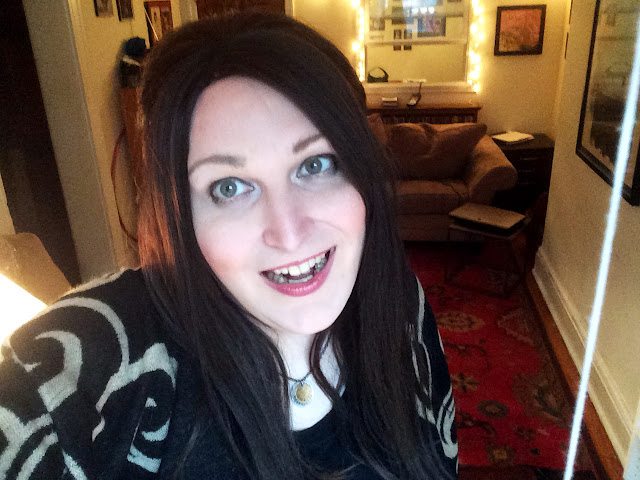