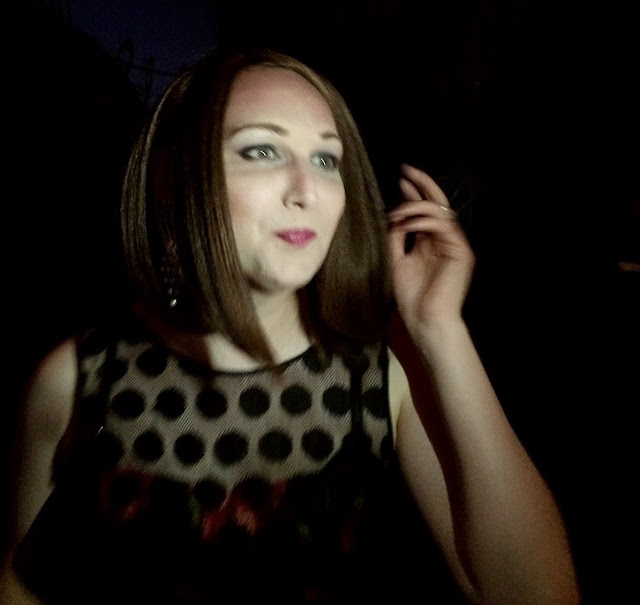 Remember that scene in Carrie where she goes to prom, has an amazing time dancing with friends, stays out late and then heads home exhausted from having so much fun? That is how Carrie went right? I stopped watching half way through. Well, that's basically how my grown up prom in Brooklyn went!

I was so excited about the idea of grown up prom, even though I didn't find a real prom dress and didn't have time to order one. Luckily I had a cute Betsey Johnson dress at the ready. For a while, I debated wearing my red heels, but ultimately decided on flats since I'd be on my feet and dancing for much of the night. We also thought it prudent to take a disco nap in the afternoon, since the doors didn't open till 10pm. Usually at 10pm I'm about ready to go to bed. But not this night!

Prom wasn't too far away, The venue was a nice performance venue called Littlefield, which I've been to before for Nerd Nights. It's in Gowanus, Brooklyn, an up and coming neighborhood that's still mostly industrial (zoned yellow for you SimCity 3000 fans).

We got to prom around 10:30pm and at first felt a little over-dressed. There were a couple people in prom get-ups, but mostly people were in jeans. Then again, it was still early! The theme of prom was Eighties and Nineties and soon after we walked in they played "Only Happy When It Rains" by Garbage, so I immediately felt at home. We got our drinks, started a tab, and hit the dance floor. 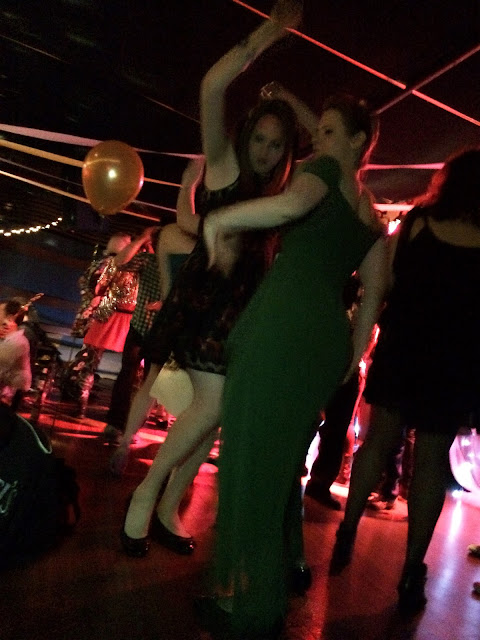 Now, I'll be honest, I've never really been much of a dancer. But it was fun to get out and there my friends were dancing too. So why not? We were all super cute and dressed up for prom, so yeah...we got hit on a more than a few times. Plus we took the time to snap a ton of selfies, as you can see below. 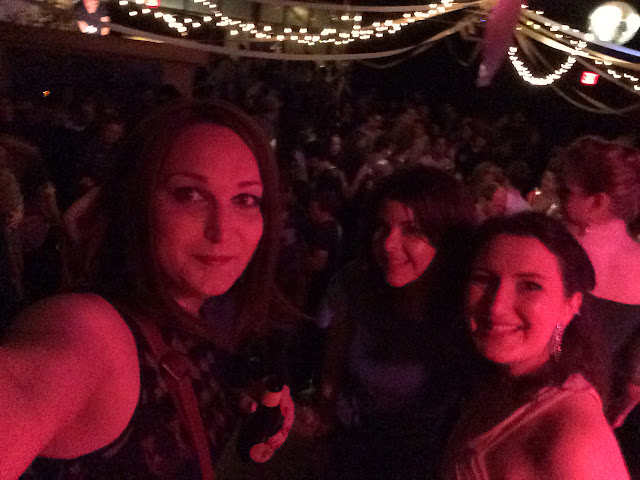 While I didn't get elected prom queen, we did get up on stage. Imagine if I could tell my 17 year old self that! One day, you'll be a girl, in a dress and pretty makeup, up on stage at prom! 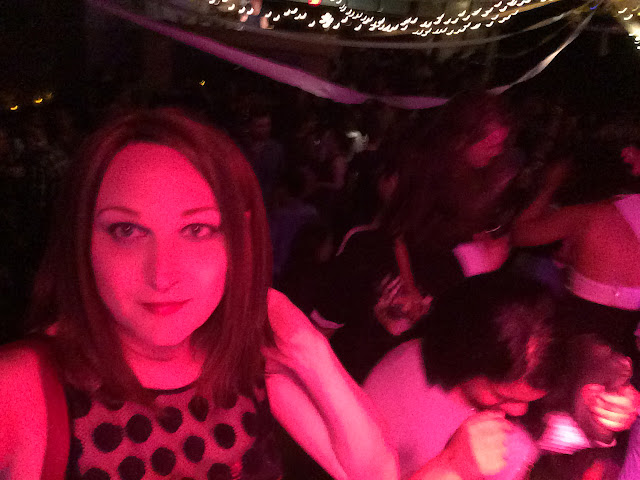 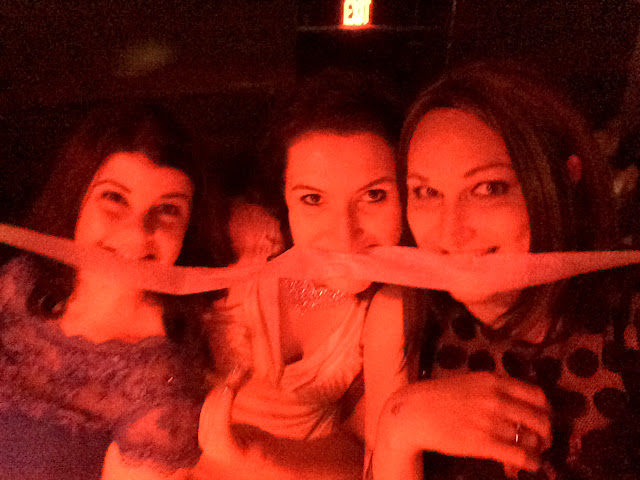 Eating the streamers. Yep, 'cause that's what you do at prom, okay! 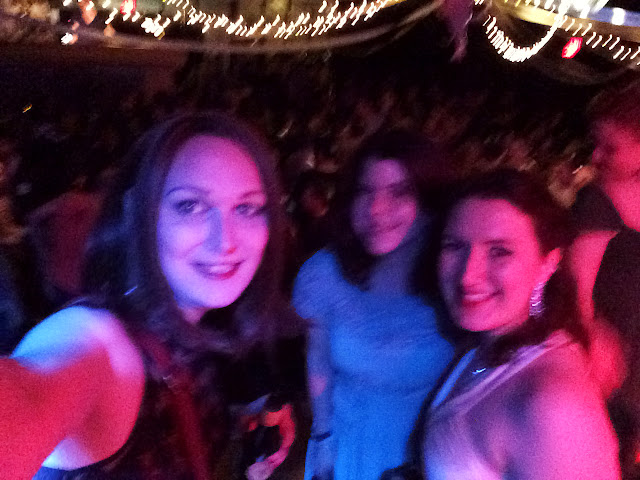 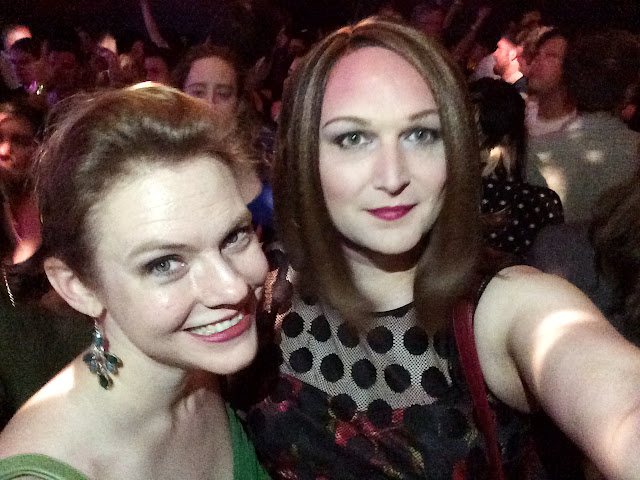 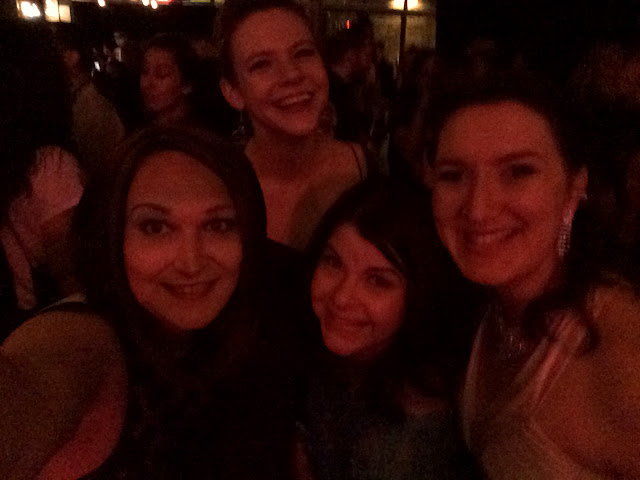 All in all, it was super fun. There's really nothing I love more than just being out and being one of the girls. It makes me so happy and I feel like that's my natural role and it just feels right. Plus, I got to go out to a prom that was way more fun than my actual high school prom. And I finally got to go to prom in a beautiful dress! Seriously, they do these parties all the time, so I definitely want to go back. Though next time, I definitely need a full-length gown. Still, I think I managed to be pretty cute in my short dress. What do ya'll think? 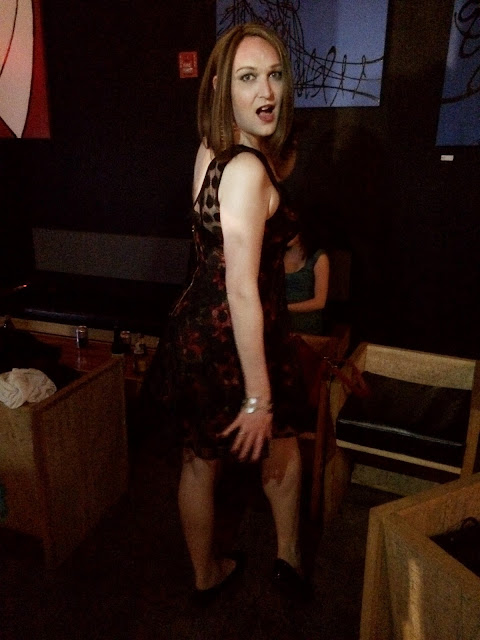 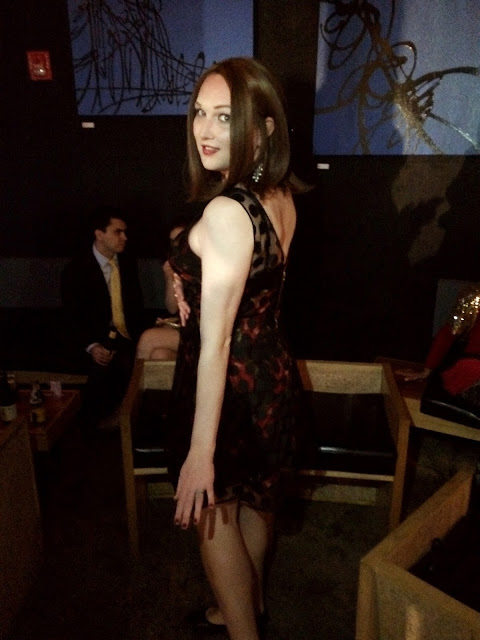 Now I need to do some more shopping. And post more pictures too!
Posted by Faith DaBrooke at 11:26 AM