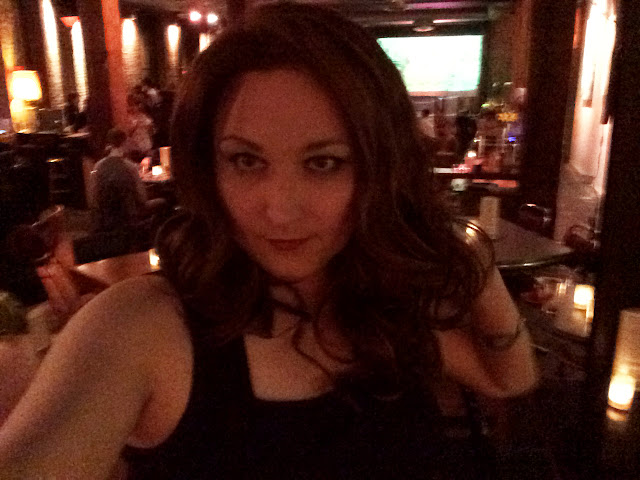 Once upon I attended my first black tie event and had an amazing time. I wore a full length slinky, sparking blue ball gown and think I looked pretty darn good. Unfortunately, I'm just not quite of the social caste for getting invited to too many black tie events. So when I saw that Brooklyn Bridge Park was having a cocktail fundraiser, I jumped on the chance to get tickets. It would be a good excuse to get dressed up and go out and the fundraiser was at a bar not too far from me. Plus I love Brooklyn Bridge Park. It's a beautiful spot with a lot of great free events and activities. 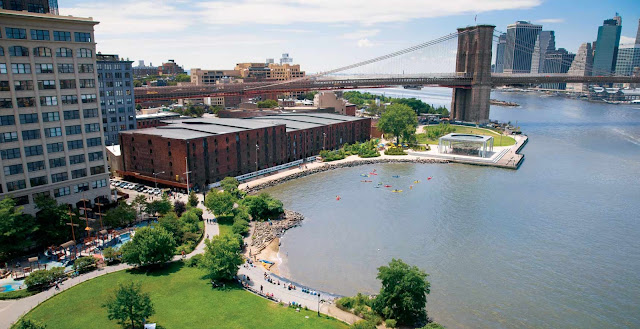 Plus I've taken so many photos there, I could practically put together an entire album of them. As a blonde, brunette and redhead. 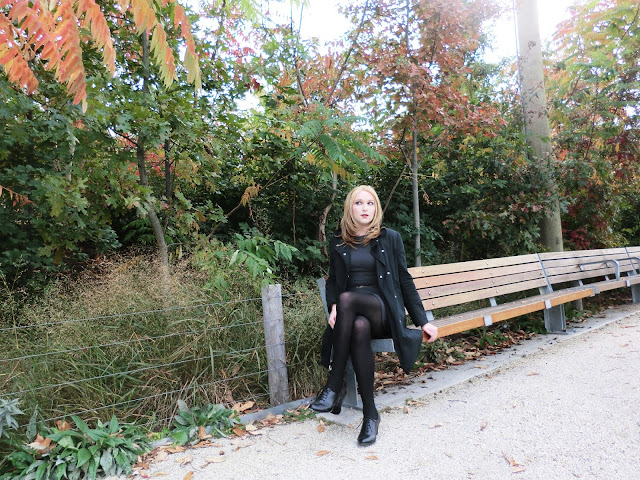 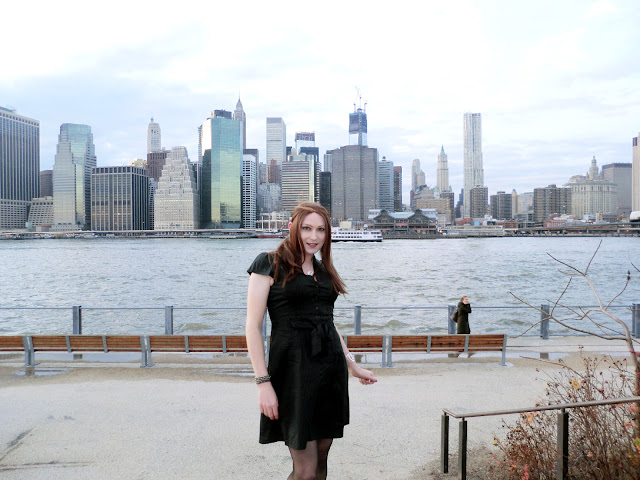 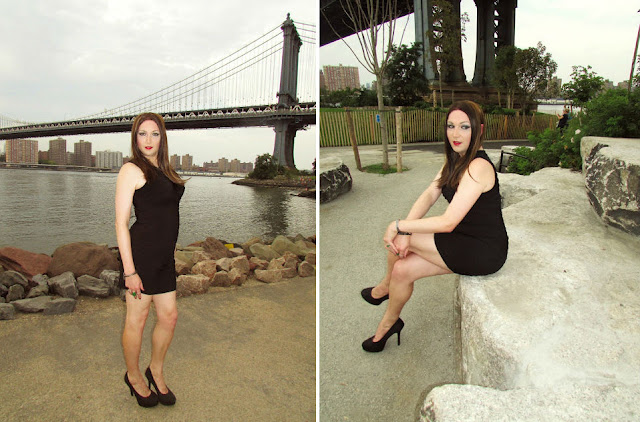 The party was after work, so I rushed home to get ready, figuring that a cocktail party would be a perfect spot to wear my new favorite little black dress with my leopard print heels. And because it was still cold (stupid spring needs to get here already), I wore some tights as well, though I went for a little more transparent then I normally wear. Pantyhose just seem so 80s to me, so I when I wear tights I generally go for more opaque options. But, I figured why not try some transparent black. I think they looked pretty good. 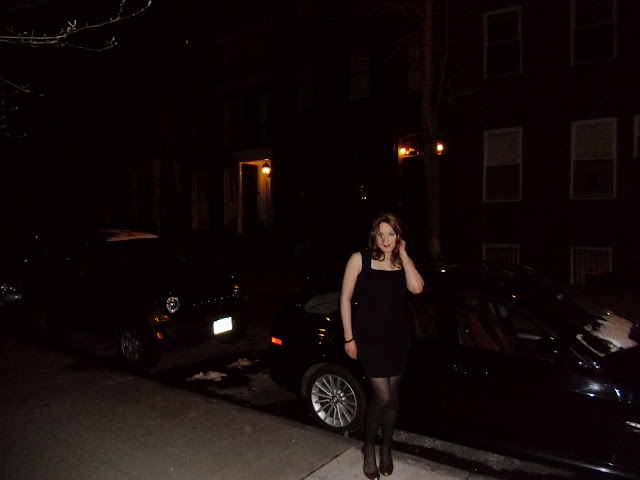 Unfortunately, it was incredibly windy on my way to Superfine in DUMBO. Like seriously windy. Even more windy than normal and I live in a super windy area. Of course I didn't realize that the few blocks to the party would involve 40-50pmh winds so I hadn't bothered to wear a scarf or a hat. Stupid me! I had even thought about a hat briefly, but decided against it. So, I did my best to keep my hair blowing around, but it was still looking a little like a rat's next when I showed up at the party. Luckily, the person at the door sensed my hair panic and pointed me right to the ladies room. Take that, North Carolina and Mississippi.

Okay, full disclosure now. I have actually volunteered at the park and had actually turned down a job at Brooklyn Bridge Park. Even though it was my dream workplace for years, I wasn't ready to switch jobs yet so ended up not taking their offer. But, I still know a few people who are associated with the park and who work there. They don't, however, know me as a girl, nor have they been updated about this whole transgender journey I've decided to take. And of course, there were people there that I knew.

That then brought up the whole question of whether I should go up to them and have a "surprise!" moment. In the end, I decided that since I didn't really know the couple of people that well, my outing myself would really only come across as attention getting behavior. So, I refrained. My girlfriend and I spent the evening hanging out mostly together, though we did do a little bit of socializing and the tiniest bit of networking (personally I hate networking - it seems so fake).

At least Superfine was a really good bar with some great beers on tap and a really great and friendly bar staff. Plus there's some interesting lighting. There were definitely plenty of opportunities for selfies and my girlfriend helped me get a few other shots. 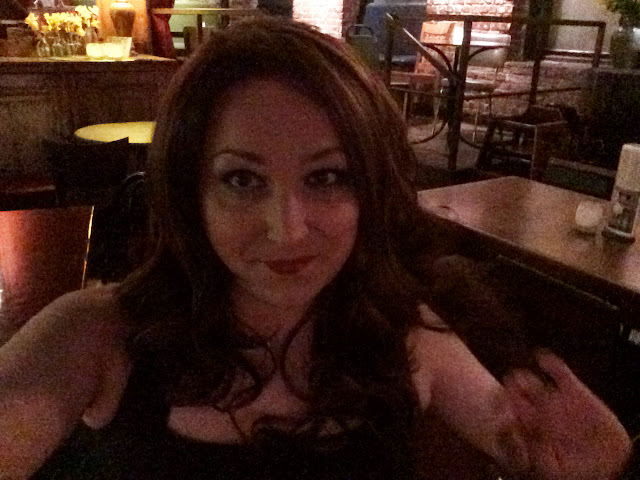 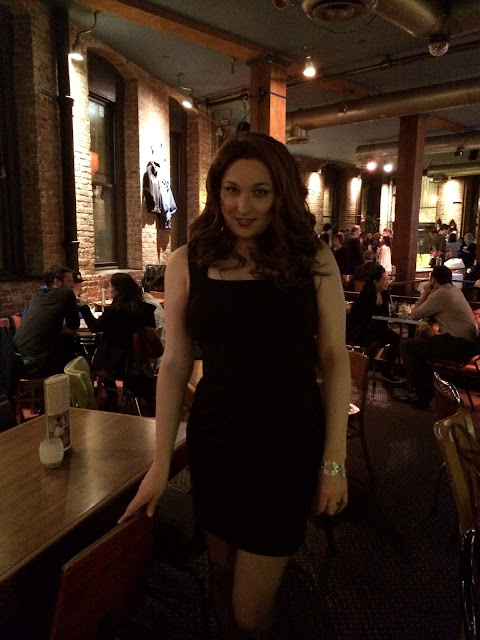 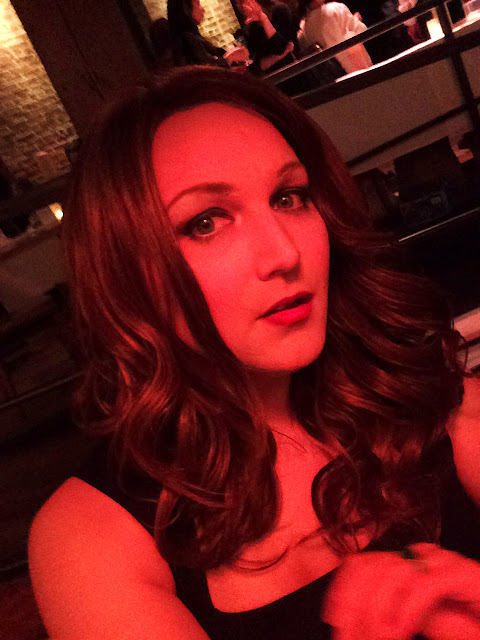 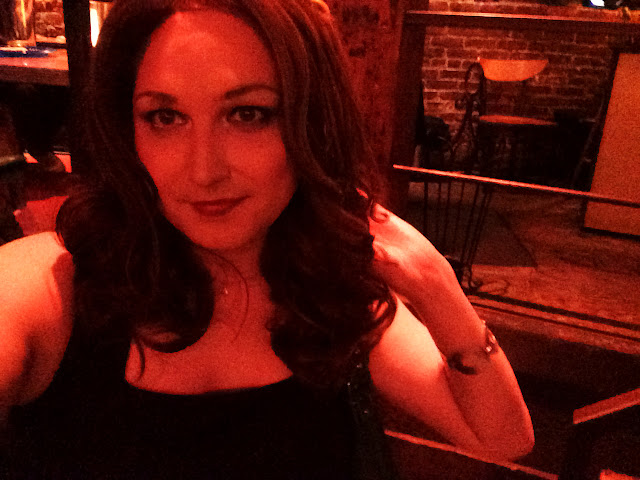 Then on the way back we (rather drunkenly) stopped at the store and got a dozen pink roses, rather, I mean Poe Dameron stopped by in his X-Wing to bring me some roses. That's so nice of him. Poe really is the nicest pilot in the Resistance. 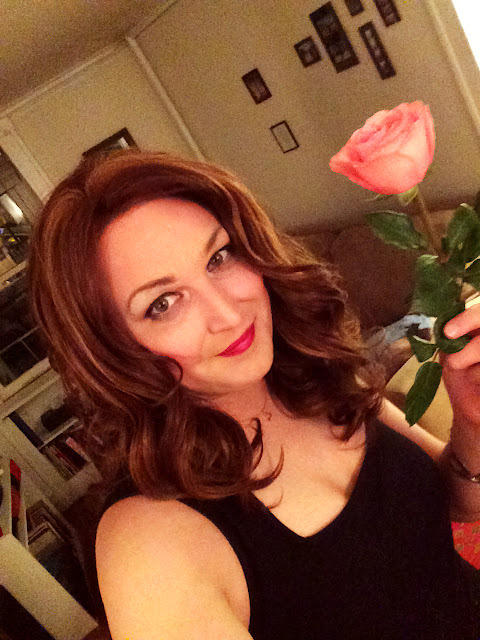