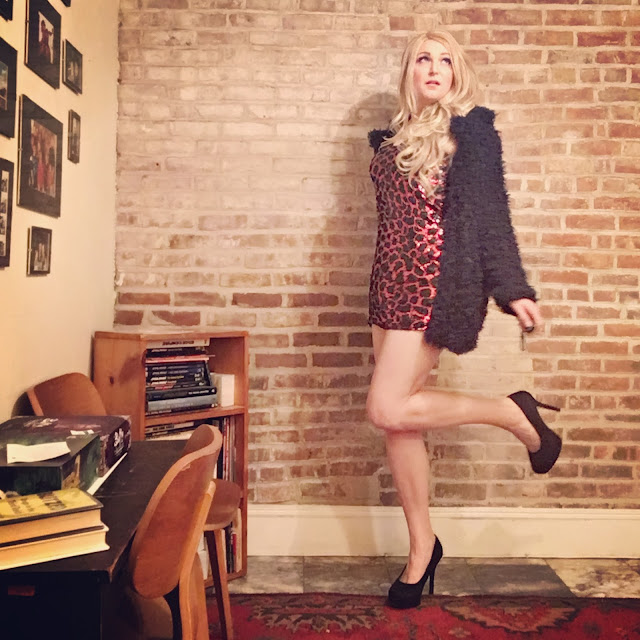 Before I had my hairline surgically fixed I was pretty much forced to use wigs for everyday wear. It's not a fun thing to wear a wig everyday. They're hot, can get itchy, they can get messed up easily, and sometimes can look really unrealistic. Plus wearing wigs all the time kind of made me feel more like a crossdresser. I know plenty of cis women wear wigs and plenty of transwomen do too. There's no shame in it certainly. But I personally felt somehow less natural. I felt like I was still "dressing up" and not a "real girl." Have I mentioned that I tend to be a fairly anxious person anyway? Transition hasn't really changed that.

Naturally I was super happy when my hair got fixed. It meant no more wigs! And so for the last ten months I've been wig free. It's been nice. My head is cooler. It's less itchy. And my self esteem has gotten much, much better. Plus it's fun to be able to play with your real hair; dye it, put it up in little buns, and just generally play around with it.

But the other day I had off work and decided that it would be fun to do some wig pictures. I would be going out to an art opening at the Museum of Sex with friends that night so I thought it would be a great opportunity to dress up to the nines. Of course it ended up being a freak blizzard that day so didn't wear heels or the wig after all. But it was still fun to dress up a little, especially since I had new fuzzy coats to show off.

Here's some pics I took. I took a ton because when you look that good you have to capture it for future generations. 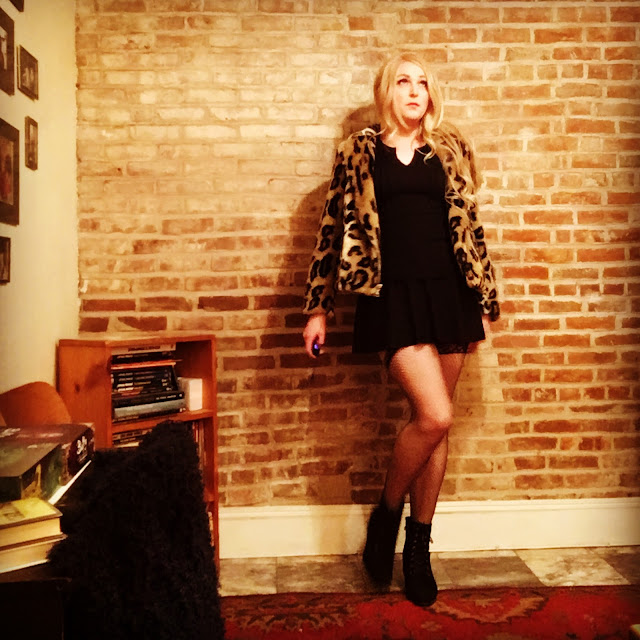 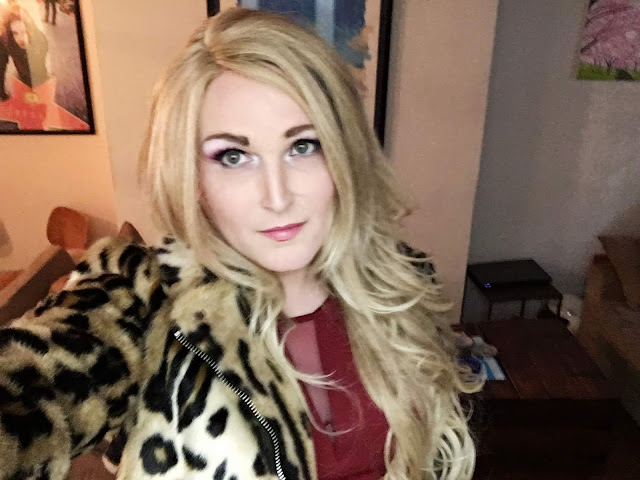 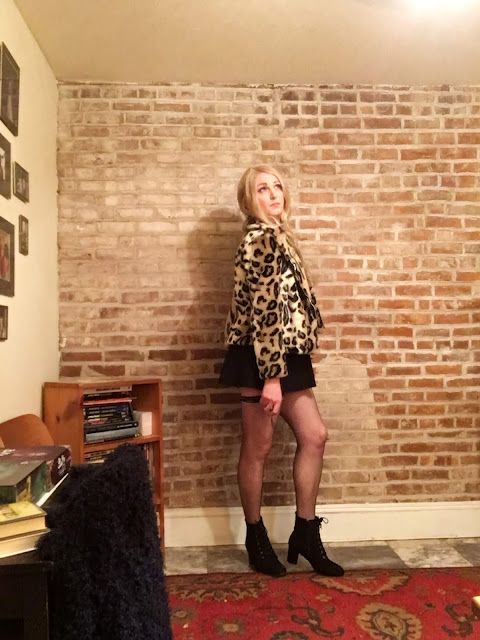 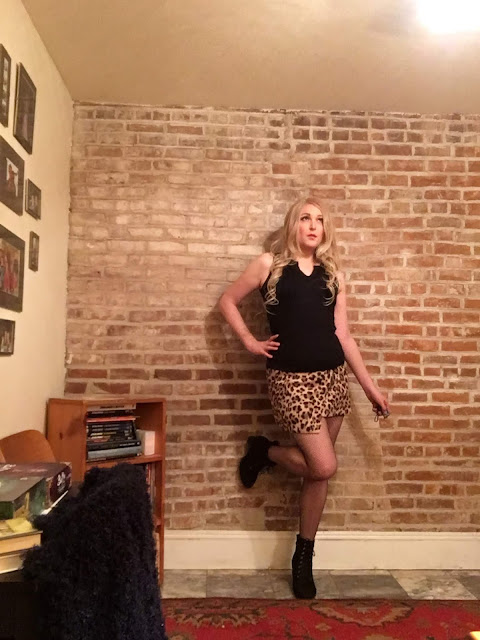 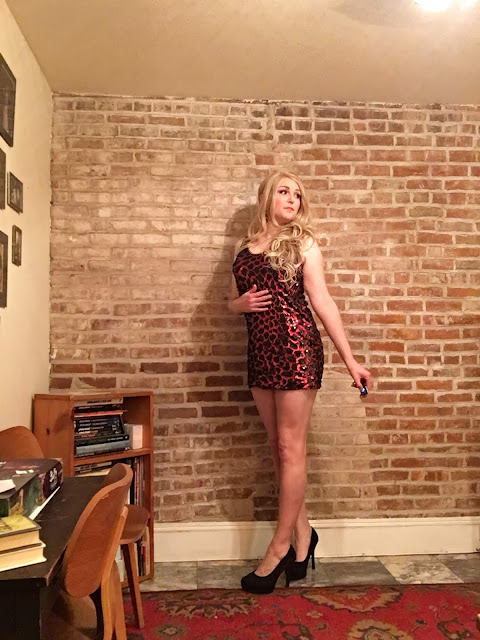 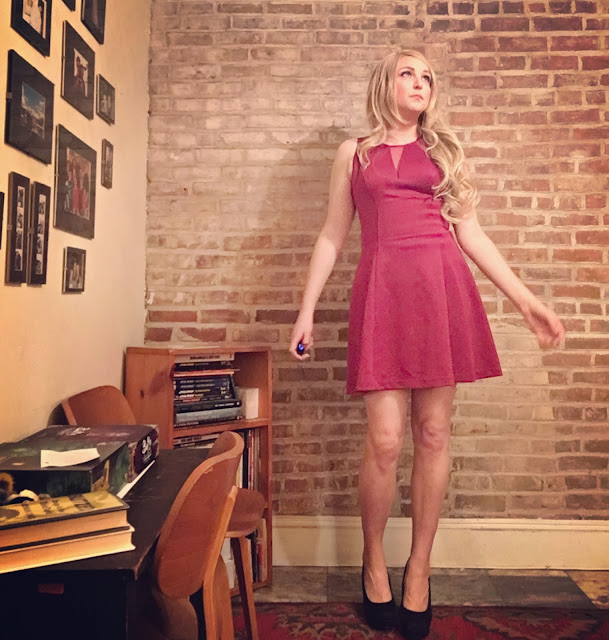 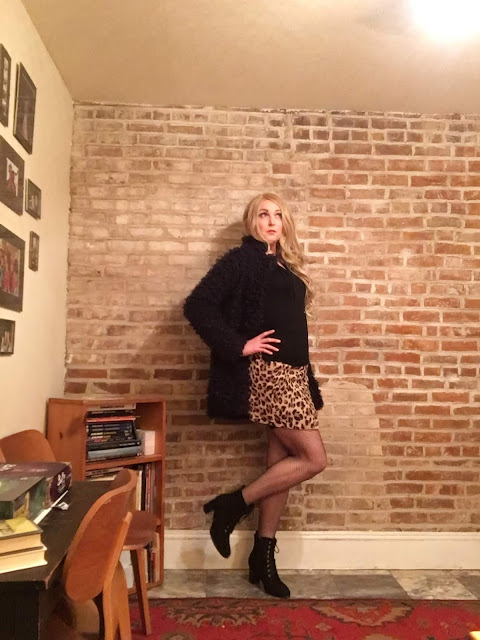 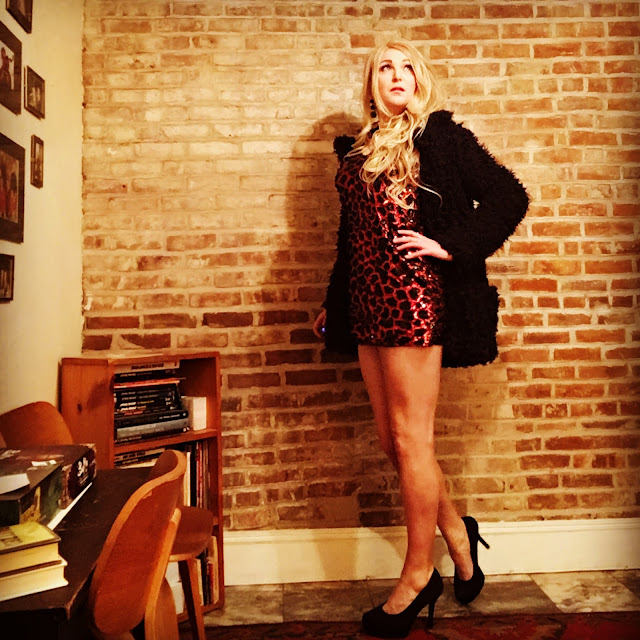