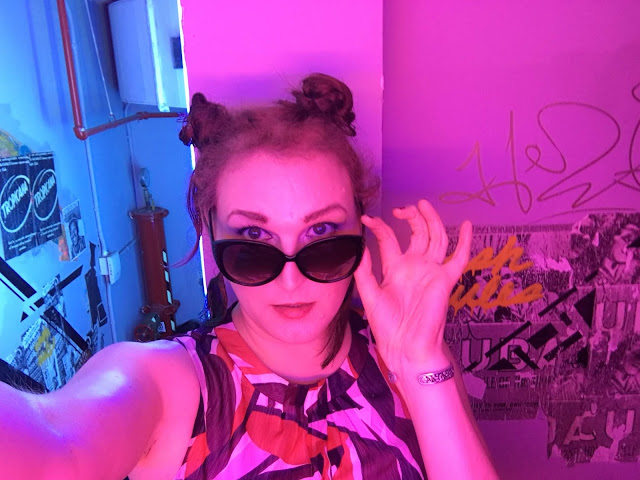 A couple weeks ago I made an electrolysis appointment. It was to be my first. While I have had about eight sessions of laser, I still have some pesky hairs on my face. There are actually two slightly thick patches on either side of my chin that have survived despite repeated laserings. So instead of going to get more laser I thought it would be better to just go with the nuclear option. Or rather the electrical option.

So I consulted some local trans women and got some recommendations. Then I picked a place that seemed like it would be good. I hoped. It was someone operating out of their apartment. That did seem kinda sketchy but everyone seemed to love them. You don't want to take a chance on your face but everyone who had tried this person recommended them so there you go. I booked my appointment for a Monday after work. What's a weekend? It's not like I have plans every weekend. Half the time I'm doing chores or playing video games in my grubbies.

Now, that left me with one slight problem. For electrolysis you have to let your hair grow out for three days before the procedure. I figured a weekend wouldn't be that bad. Sure I don't love the idea of having hair on my face but my beard is not that thick at all. Laser has done some pretty good damage. Before laser I used to shave in the morning and then get a noon o' clock shadow. Yeah, I was one of those guys. If I shaved before I got dolled up by the end of the night you could kinda start to see it even with makeup. Thankfully laser had done me well. Now I can go a day without shaving or makeup and still get female pronouns when I go out, even in my grubbies. That's been nice.

The Saturday before my electrolysis appointment I actually had plans to meet up with friends. That was okay. A liberal application of makeup was all I needed. Sure, I cold feel the hair if I brushed my hand against my face. But you couldn't really see it. It didn't make me feel great but at least I was still managing to look pretty enough.

Sunday we had more plans! Gosh I'm a social butterfly sometimes (psht- and I call myself an introvert). More makeup. I asked my partner Kath if she could see anything. She told me that she could see some texture but she couldn't actually see anything dark. There was no shadow at least. And I could feel the texture too. I wasn't happy but it seemed to be okay.

By Monday the hair was long enough that makeup wouldn't quite hide it. What's worse is that I wore my glasses that day. Here's some background. I have glasses. But I don't need glasses. At least I don't think I need them. I can see pretty well without them and generally I used them when driving or when watching movies. Or sometimes I wear them just to look smart and nerdy.

But glasses also mean I can seen fine details. So on Monday, with my makeup not really hiding three days of beard growth I could really see it. I could look in the mirror and see the jungle on my chin, slathered thick with dream matte mousse foundation but persistently visible nonetheless. Plus unlike my weekend days with friends this time I was at work. And I felt like an absolute freak.

My coworkers didn't know I was growing my beard out so I could get it burned right off. All they could see was a transgirl who apparently couldn't figure out her shaving. Since I had come out at work I had striven to make sure that I took my transition as seriously as possible. And that meant always looking my best. It's not quite right, but people tend to take trans people more seriously when they look the part and are definitely putting in a lot of effort to look the part. It's not right but I always want to look my best. I shouldn't have to but that's life. 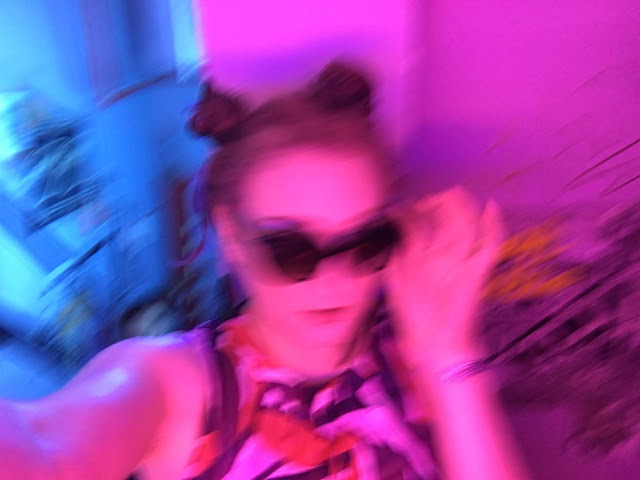 And here I was looking like a freak. I felt like an utter and total beast. At my desk I desperately tried to add more thick layers of foundation in the hopes that it would hide my beardly shame but it was to no avail. I started to break down and had to retreat to the bathroom to cry. Normally a good cry makes me feel better but this didn't because as soon as I came out of the stall I could see myself in the mirror. Now not only was my beard showing, but my eye makeup was all smeary.

I knew there was only another five or six hours to go. I knew that it would be the last time that at least one postage stamp sized section of this hair would ever bother me again. But I couldn't take it. I couldn't bear seeing myself in the mirror one more time. It was too much. My dysphoria had gripped onto me tightly and wasn't letting me go. I felt as awful and ugly and freakish as I had back in junior high. And that is not good. Nothing that reminds one of junior high can ever be good.

So I went home at lunch and shaved. And cancelled my electrolysis appoint. I would love to tell you that I have a new appointment scheduled but I haven't done that yet. Maybe I will soon. Or maybe I'll do another couple laser sessions to thin things out a little more. Well, when I do finally get electrolysis  I'm going to do it on a Monday morning of a no plans weekend. And maybe I'll only let a small patch grow out. 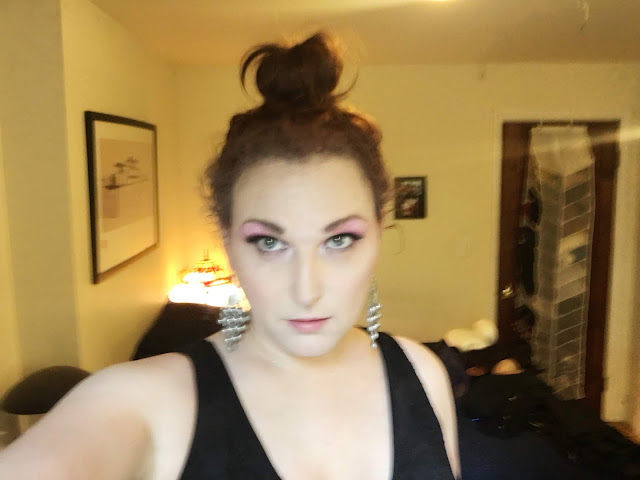 There was only one positive from the whole experience. While I was on the way home from work I took a selfie and texted it to Kath. She thought it was me post shaving. Maybe it was all in my head. Stupid brain.

Posted by Faith DaBrooke at 1:43 PM