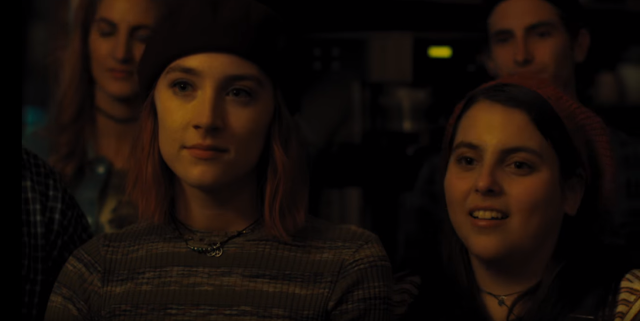 The other day I was going about my business in some public place when I saw a stunningly and naturally beautiful woman. She was completely casual, not dressed up or anything, but super pretty. Maybe she was just my type. But seeing her left me with a slight sinking feeling. I was presenting female (as I do every day). For a moment I thought about how transition had completely cut me off from something. I had cut myself off from feminine attention.

When I presented male I was never a ladies' man. In fact my junior high experience was so horrible that it utterly wrecked my self-esteem. I thought I was the dorkiest, ugliest, most hideous beast ever spat out onto the goddess's green earth. I thought that no girl would ever want me or love me.

In reality, by the time I was about fifteen I had emerged from my pubescent pupa (how gross a term is that?) and become a quite handsome young man. Now, at the time I didn't know this. I still thought I was horrid and a loser. But in fact, I was actually the cute guy at my school, like the hot one. I was my high school's the Jordan Catalano. But I din't know it!

I didn't find this out until reticently when I reconnected with a number of old friends from back in the day. They regaled Kath with gasps about how hot I was back in the day. My freshman year crush even told me, this year, that she thought I was really cute and funny. Another time when I lamented that I didn't know that I was cute and that I wish I had, a girl I dated in high school pointed out that my not knowing was actually a contributor to my overall hotness. Had I known I would have just been like any other awful egotistical jerk guy. As I was already a bit of an arrogant jerk, had I known of my cuteness I would have become utterly insufferable.

So the upshot of this, is that while I was a bit of a Chad (to borrow an incel term), I never approached women. I never hit on girls. In fact I was the most awkward and shy person imaginable around them. Thus, the girls I dated in high school and college tended to be the bold ones who would make the first move. And since I assumed that pretty, popular girls who were showing interest in me were in fact making fun of me, they often had to make the second or third move as well just to get my attention.

Over the years, I think I just sort of got used to that kind of feminine attention. And I'm sure some women were frustrated by the fact that I still couldn't make a first move. Armed as I am now with this knowledge, I can look back on many, many interactions from the past couple decades and now smack my forehead and think "that girl was actually hitting on me." Ah well. I have an amazing partner now so even if I could change the past I wouldn't.

So, this type of feminine attention is gone from my life now. In our Gender Rebels episode "Do You Miss Anything About Living as a Guy," I talked about how one thing I slightly missed that feminine attention and the affirmation that came from it.


Back in the 19th Century, one of the age's of beardliest beard havers Charles Darwin came up with the theory of speciation via natural selection. Essentially, Darwin described how, in a world with limited resources, not every organism is able to survive long enough to reproduce. Therefore, those who are more "fit," i.e. able to thrive better in their environment, live long enough to reproduce and pass on their genes to the next generation. Of course evolution isn't quite that simple. There are other types of selection including sexual selection.When sexually reproducing organisms choose a mate they are, consciously or unconsciously, deciding via fitness.

By transitioning from male to female I have utterly obliterated my fitness. This first occurred to me years ago when I was reading Jared Diamond's The Third Chimpanzee and its chapters on sexual selection. Back then I was only presenting female sometimes. But when I did present female I was decreasing my evolutionary fitness. I was doing the opposite of a male peacock's beautiful plumage. At the time it kind of excited me, like I was a nature rebel.

But now after transition, it's hard to describe this feeling in concrete terms. It doesn't really bother me. It gives me a strange feeling of slight loss. But it doesn't really pain me. It doesn't hurt. It doesn't make me sad. It's just sort of a change that I noticed. And sometimes noticing change can make you feel weird.

And sometimes transition can surprise you.
Posted by Faith DaBrooke at 7:45 AM