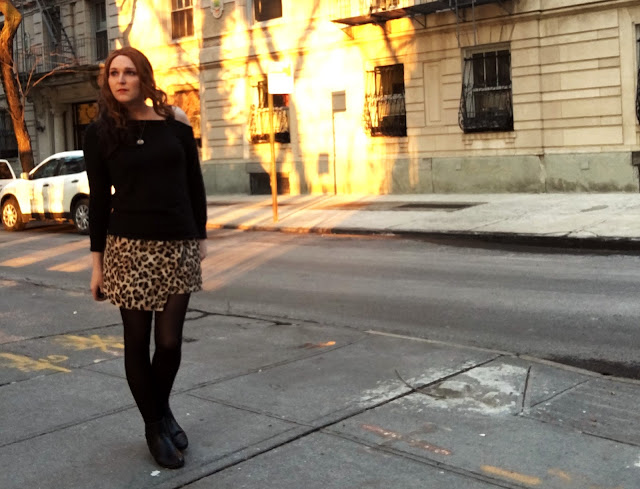 Yes, it is official. I am an agency-signed model. Of course, other than my signature on that contract, not much as changed. Okay, maybe a little has changed. I can now jokingly brag to my partner Kath about how I'm a model. As in "Maybe I'll get salad with my bacon cheeseburger. I am mean, I am a professional model." Plus today I am going on my first call back. And I've got some head shots scheduled for next week. But otherwise, not much has changed.

This all happened because of my Instagram account (and I do recommend that you follow me on Instagram). An agency reached out to me because they were looking for models for an HIV-related ad. It looked legit and they pay was really good. But, I only had like two days notice and the shoot was in LA so I wasn't going to be able to do that one. Later though, the agency reached out to me again. This time they asked if I would be interested in doing any other work like that. Of course I said yes. I love being photographed. They asked me to come in and meet with them. 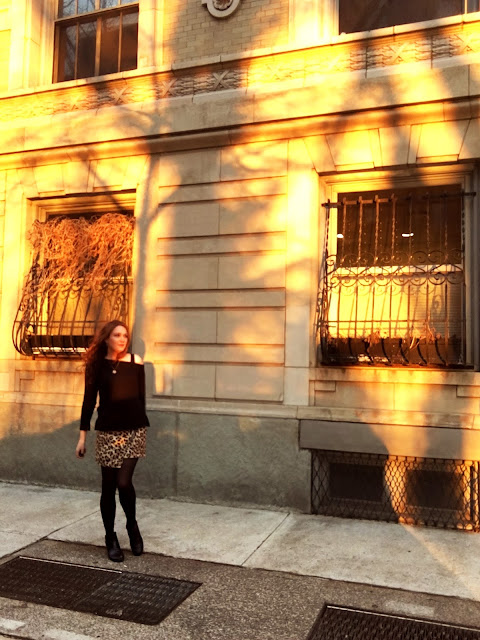 Okay, so at this point, I'm thinking what you're probably thinking. Isn't this a really common scam? It is. In fact it's so common that the Federal Trade Commission has their own consumer information page about the scam. As I tend to be a big believer in the concept that if something sounds too good to be true, it probably is. So naturally my grifter alert went off. First I googled the agency and they had a pretty legit looking website. But then again, it's easy to create a shiny website. But, I figured, I would go meet with them and keep my eyes out for any common scam tactics; upfront fees, having to use specific photographers, being given a hard sale or a deadline, being promised the world. 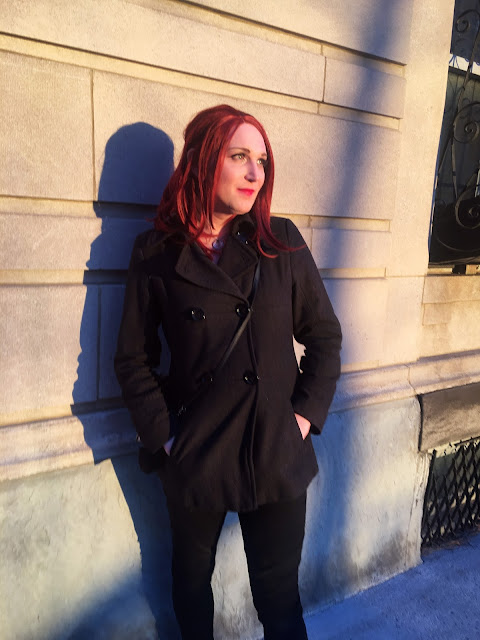 So, I went and met with them. I was terrified that they would see me, the real me, with no Instagram filters or carefully chosen angles, and laugh in my average face. I can be pretty. But I am not pretty. At first they made me sit and wait, but that gave me an opportunity to listen to some of the chit chat and banter around the office. Either they were pulling a serious Sting-type storefront scam or they were legit. They were talking about various bookings and for major companies. I had with me a flash drive of pictures. They had asked me to bring that in so I had culled through my thousands of pictures for the best thirty. 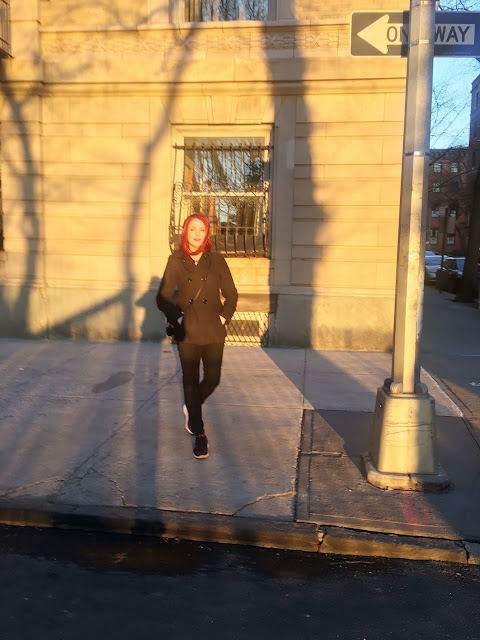 Then, I sat down with my main contact who had me answer at least a hundred questions. Some were obvious modelling related questions; shoe size, pants size, dress size, height, weight, eye color. Others were about my background, accents I could, skills that I had. Well, I'm pretty good at accents, and have done stand up and improv, so there's that. Then she took my flash drive and began going through my pictures. Immediately she asked if one was recent. I said no, and she replied that she was only looking for recent shots. She copied a few to her computer, where she had created a folder with my name.

I learned that there were multiple types of models; plus, life style, fitness, runway, fashion, etc. This agency specialized in some of the less common types. Hence, why they didn't mind that I was a slightly out of shape, thirty-eight-year-old. That made me feel a little better. I guess it makes sense because you're not gonna get Lily Cole to be in a blender ad. Unless it's a really expensive blender. Sometimes you need an average looking person for a shoot. And maybe that average looking person could be me. 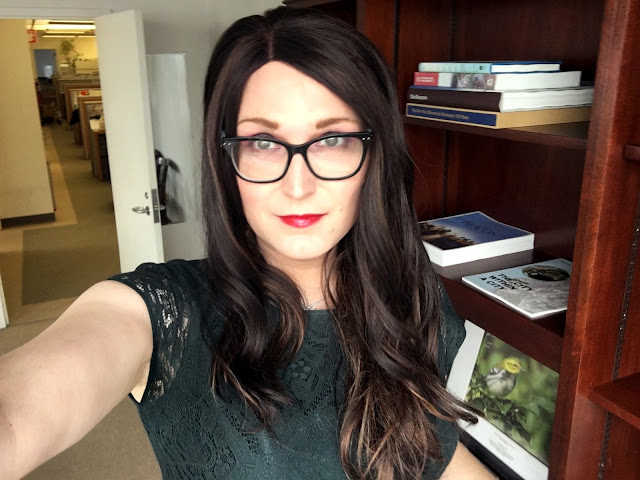 Up next she told me that she couldn't guarantee me any work. Her agency got a few calls seeking transgender models. They didn't have any, but wanted to change that. After all, you don't want to ever say no to a company or they'll start finding another agency to call. So, they wanted me in their fold as a transwoman model. That worked for me. So, they did a couple head shots and picked one that would work well enough. I didn't like it but I kind of got the idea that my opinion didn't matter so much. They recommended getting my own shots so I could pick the ones I liked best. She said they would send me some photographers or I could use my own.

Next, the main lady said "Since we can't really guarantee you work, we'll get you a two year non-exclusive contract." And then she thanked me and took off for her next task of the day. I read the contract thoroughly, signed it, and handed it off to one of the lady's underlings. I was an agency signed model. Yay! 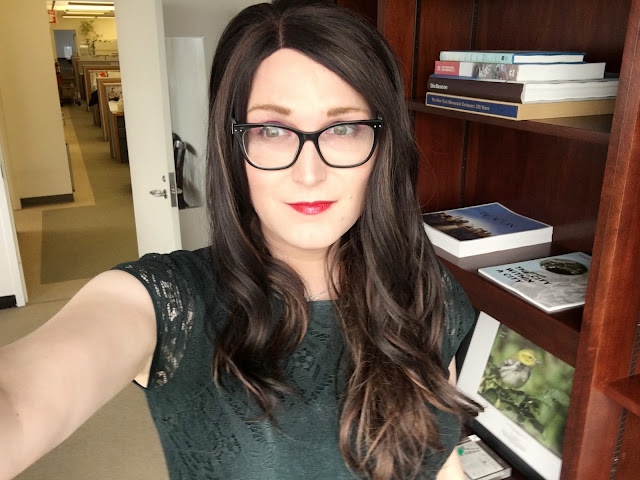 So, I still haven't done any work yet, but as I mentioned, I have a call back today, so that's good. I'm not hoping for too much. Maybe I'll have some fun, maybe I'll make a little extra cash, or maybe nothing will happen. But, I've been trying to schedule head shots with one of the photographers that the agency recommended. We were going to do it last weekend, but NYC was hit with a last minute winter storm. The photographer emailed me to cancel, saying that the agency wanted to do some outdoor, lifestyle shots and we wouldn't be able to do those if it snowed. So, at least my agency is slightly interested in me. That makes me feel better.

Well, wish me luck on this call back. Hopefully I'll be able to land a job a two. 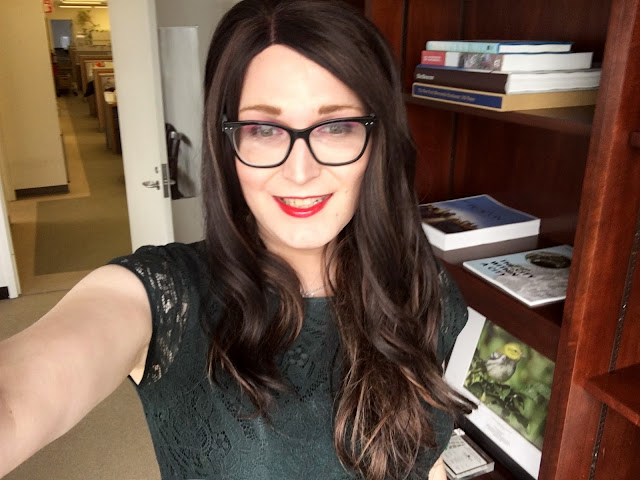 Posted by Faith DaBrooke at 8:42 AM