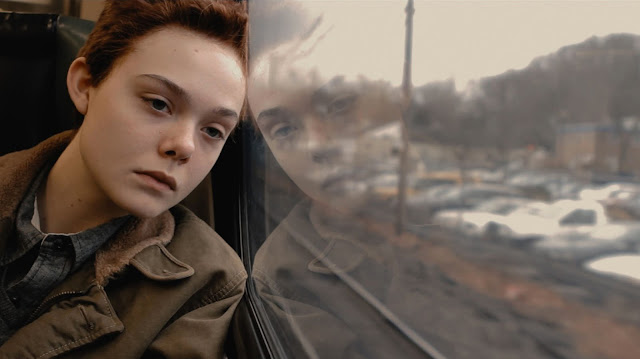 3 Generations tells the story of Ray (Dakota Fanning), a sixteen year old transgender man living with his mother (Naomi Watts) and grandmother (Susan Sarandon) in New York City. Despite presenting and living his life as a male, Ray longs to start hormone replacement therapy so that he can truly be who he is. Unfortunately for Ray, the doctor won't prescribe HRT without both parents' approval. In order to get his father's signature on the form, Ray seeks out the dad who has abandoned him and his mother to start a new life with a new family.

As the story unfolds, we get a long look at Ray's everyday life. In this the film presents a fairly realistic depiction of gender dysphoria. We see Ray wishing, longing for the time when he can really live as his true self. He feels the need to fit in and pass. And he loves the idea of people who will only ever know the real him. We are also shown Ray struggle with bullying and violence, both serious issues facing transgender people in the real world.

It was also interesting to see the parent's point of view. In the film, we see a mom that is trying to both cope with her new son's reality while simultaneously mourning her daughter. When I transitioned, it was surprising to me that cis people in my life felt like they were both losing and gaining a person in their life. In my mind I would always be the same person. Still, the mother in 3 Generations is supportive, loving and it's realistic to show that she is able to be supporting and loving while still struggling with the idea of her child's transition.

3 Generation's Ray is one of the most realistic depictions of a transgender character I've yet seen in media. His strong desire to start HRT so that he can live as his true self is handled well and easily relatable for any transgender viewer. The depiction of his dysphoria is quite well done and I couldn't help but smile when (spoiler alert) he is finally able to start HRT and celebrates the important milestone with his family.

Unfortunately, the entire plot hinges on the idea that a kid in New York City is only able to get on hormones if both parents consent. This is an issue in 3 Generations because Ray's father is not in contact with him. In fact the father has moved on and is living in another town with a new family.

This felt rather contrived and ridiculous as there are plenty of single parents with sole custody. For some reason the idea of going to another doctor is never brought up so that Ray is forced into a confrontation with his absent father. It felt highly contrived and these characters deserved a more realistic and natural plot. 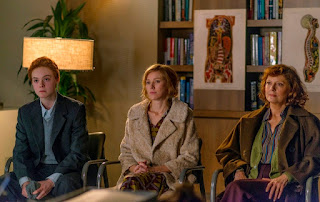 Another issue that I had with the film was the grandmother character. She's a lesbian living with her partner in the East Village yet when it comes to transgender people she's downright hostile. Now, I get that some older people are not quite hip with the times, but they literally created a Blue State liberal stereotype of a character then make her act in a way that makes no sense for her background and surroundings. It would have made more sense to have her be straight or to perhaps set the film in another city if the filmmakers wanted that hostility to part of the script. It would have made more sense.

Also, I should say that I am a fan of Dakota Fanning. I especially liked her in Neon Demon where she turned in an amazingly textured performance. So, I was disappointed that she didn't commit to the role by cutting her hair or growing out her brows. Throughout the movie she has perfectly plucked and shaped brows along with a terrible looking short hair wig. It doesn't affect the overall movie but I was disappointed in the actress's choice. And of course that's a separate issue from the possibility of the filmmakers casting an actual transgender man in the role. But that's a whole other discussion.

Ultimately 3 Generations presents some remarkably realistic elements of transgender life, but it's a dull movie with a contrived plot and some unlikable characters. The screenplay could have used another couple of drafts and they could have hired a transgender man to play Ray. But the character of Ray is well-written and realistically portrayed. It's just a shame that he couldn't have been in a better movie. 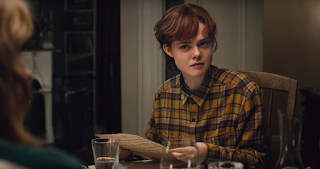