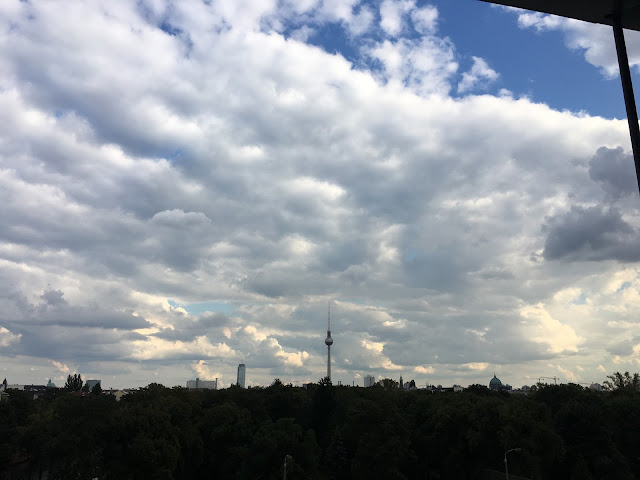 Here's a fun fact about me (hashtag #FaithFacts): I do not like eggs. They are gross and smell like farts. Also I don't like cake. I mean, I have a sweet tooth for gummi candy, but I don't like cake. It's just bread and butter only sweet. So I have long hated breakfast. I mean, most breakfast in the United States consists of eggs or cake. Gross. But, in Deutschland, breakfast, aka Frühstück, consists entirely of meat, cheese, bread and mustard. Now that is a meal I can get behind! 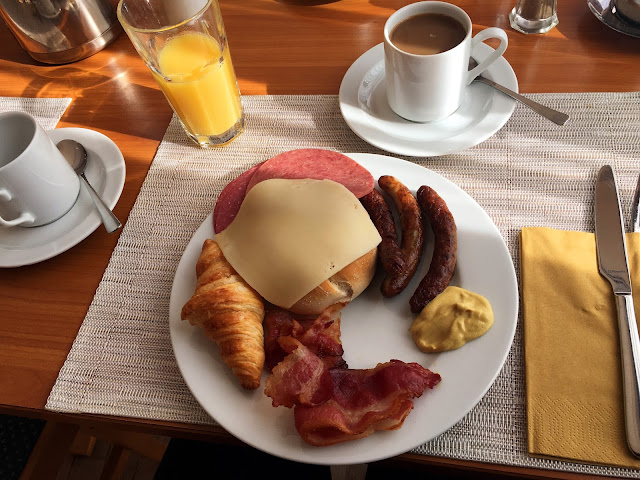 We started pretty much all our days by heading downstairs to the hotel lobby to have breakfast. This presents a weird, tricky thing for me. In situations like these, do I get entirely dressed, do my makeup and all that, then go down to eat? Or do I just wear whatever, then get ready after breakfast? On this trip, I found that for the first half I would get ready first, but I got lazier as the trip went on.

And can you believe that eating that breakfast every morning, followed by lots of Haribo and beir throughout the day, I still somehow lost weight on my trip to Berlin? I think it must have been all the walking. We did a lot of walking, exploring different neighborhoods. For our third day though, we thought we could go further afield by renting bikes from the hotel.

Our third day was a Sunday, so unfortunately almost everything was closed. So, instead of further shopping,  we headed north west to find to Mauerpark. It's a large, open grassy area and is quite popular on Sundays. 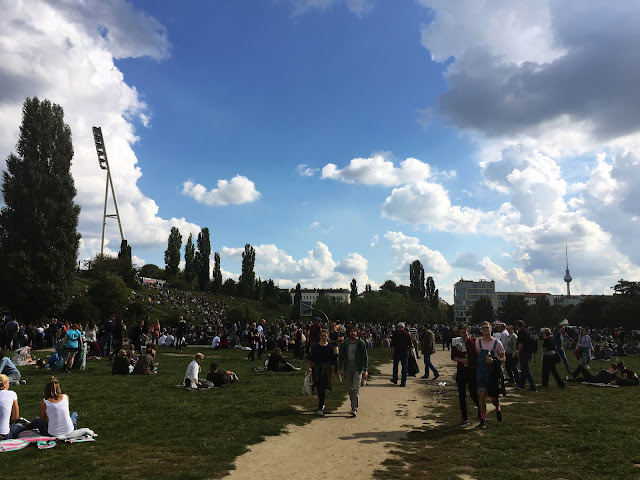 There was a flea market, multiple musicians, and even an escape artist. People were hanging out with picnics or beers. It felt more like Brooklyn than Brooklyn actually does. That left Kath and I trying to debate why Berlin seemed to be cooler than New York. Ultimately I think, much of what is cool in New York City is really about being cooler than other people. And money. But we totally didn't get that vibe in Berlin at all. It just seemed more relaxed, like people had less to prove and were just having a good time. 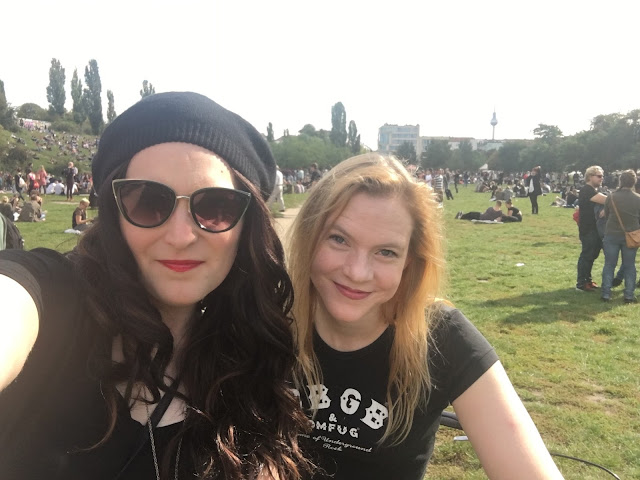 After Mauerpark we biked west with no real destination in mind. Soon we found the the Berlin Wall museum and decided to stop. It's a rather interesting museum that is dedicated to telling the human stories that the wall impacted. Also, they have a small intact section of the wall, though without the nasty traps, dogs or motion sensor activated machine guns. 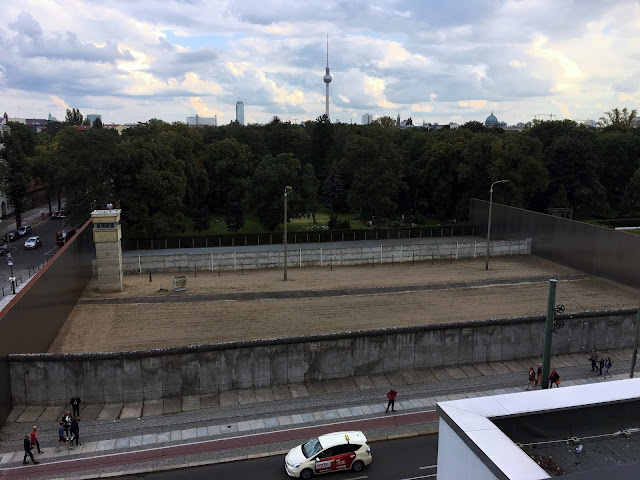 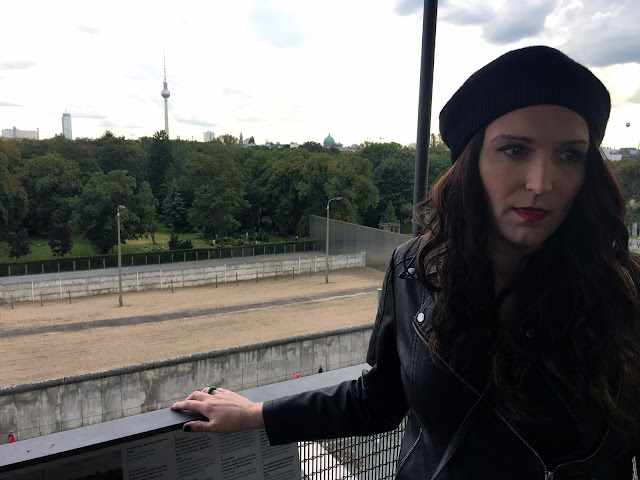 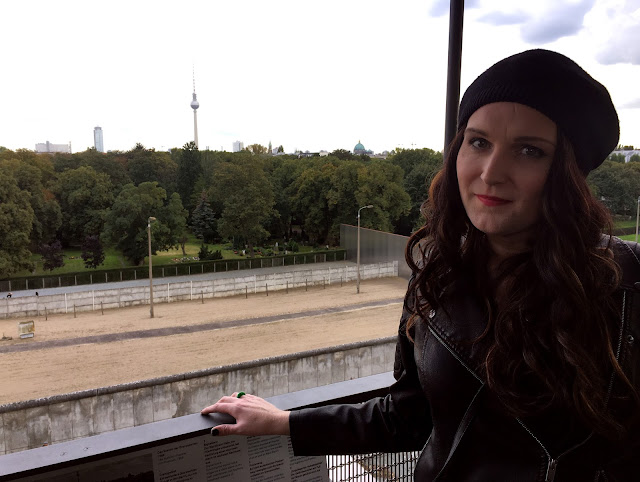 After the Wall Museum, we just explored East Berlin fairly randomly. It's what I really love doing and Berlin is such a great city for it. There are protected bike lanes everywhere and while there are some areas with high automotive traffic, everyone is respectful to bicyclists. 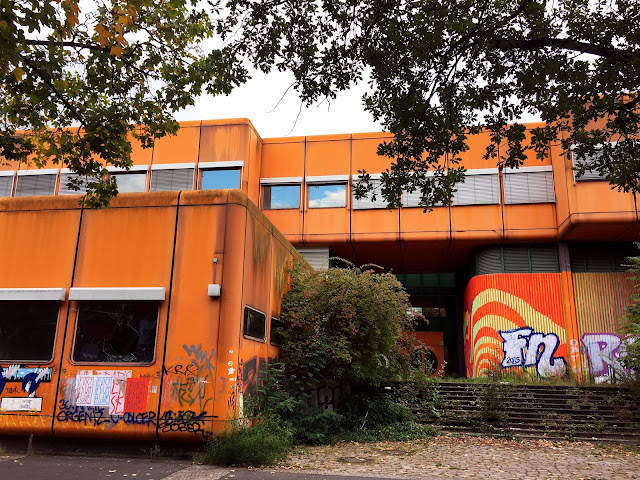 While out exploring on our bikes, we did happen across this amazing piece of East German architecture from the Sixties or Seventies. You just have to love bright orange cubic sci-fi strangeness that's been left out to fall apart for a decade or more. How wonderfully, utterly dystopian. Of course we stopped to get some photos. 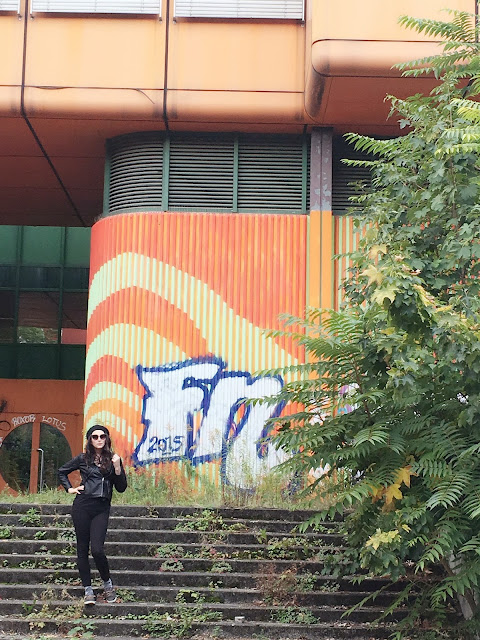 On our way home, we found some dandelions, and we stopped there on Prenzlauer Allee to blow the seeds into the wind. We made a wish that we could one day live in Berlin. Now, after this trip, whenever we toast, we toast "Next year in Berlin." 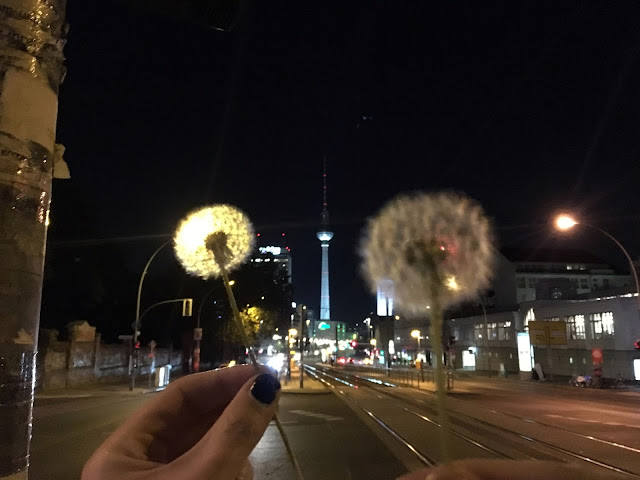