Being Transgender at the Gym 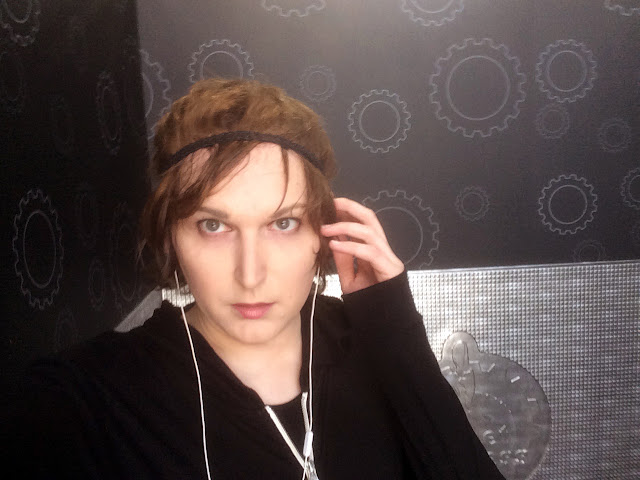 Oh my gosh I have never been into physical exercise or sports.There is almost nothing I enjoy about either of those things. It amazes me that some people enjoy things like working out, jogging, lifting weights, or playing sports so much that it becomes like the central part of their life. It boggles my mind that anyone would enjoy this. So why am I posting a fairly unflattering picture of me after a work out a gym?

Well, as regular readers will know I had a health scare back in March. And because of that health scare I stopped my habitual drinking. I decided to join a gym. In for a penny, in for a pound I guess. My work provides me with a wellness benefit (that I barely use), so I figured it would be worth trying. Healthy is good right? Plus I'd love to be skinny and maybe be able to pull of that bandage dress like Blake Lively. Or at least like Abbi Jacobson. 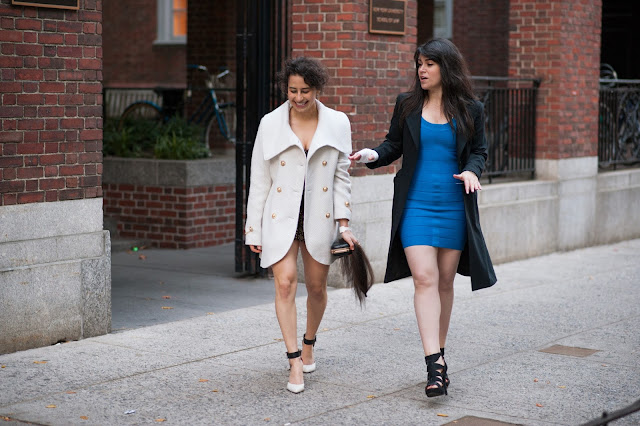 Now, joining a gym presents several unique issues for transgender woman, and several more issues just for transwomen like me. First off, there's that whole binary-only changing and showering area to contend with. Then there's the fact that I kind of only know how to pass when I'm dolled up to the nines. But you can't really work out dolled up. You'd get all sweaty and ruin your makeup. Plus you'd look ridiculous and stand out. The last thing I want anywhere is for people to be staring at me. My hairline is another issue. A wig makes me look more feminine, but working out in a wig just makes you hotter and sweatier. Plus it'll probably wreck the wig. So there are some complications.

When I was trying to pick a gym, I did some research, first cancellation policies. I'd heard some gyms are basically impossible to leave. They'll keep billing you even if they have to forward the bills to the cemetery. Also, I wanted to find a gym that had a stated policy that they were okay with transgender members. So I ended up picking Planet Fitness since they were cheap, had a clear contract termination policy and most importantly, a clear policy for trans members.

"Planet Fitness is committed to creating a nonintimidating, welcoming environment for our members. Our gender identity nondiscrimination policy states that members and guests may use all gym facilities based on their sincere self-reported gender identity."

Plus they defended that policy in court and have cancelled the memberships of people who've harassed transgender members. So that makes me a feel a little better. You know, even though I'm legally female, I worry about my ability to pass and I definitely don't want to have to deal with a conflict over my use of the female restroom or changing room.

The first time I went it was right after work. I brought some gym clothes to change into and I was wearing my usual wig. Of course I was intimidated going into the women's changing room. I sort of walked right in with a quick pace, went out of my way to avoid eye contact with anyone, and found a stall. Yes, I was going to change in a stall. Even if I were cis I think I would still change in a stall. What's up with people who like getting unclothed in front of strangers? Seriously?

That one time I worked out in a wig. Since then I've been doing a kind of androgynous look. Often I'll wear basic makeup. Also my tight workout clothes make it clear that I've got boobs. But I still don't feel like I would pass as remotely female due to my hair and my stupid hairline. I've been using a head band which covers my hairline but as my hair's not long, I worry that I'm still read as male. 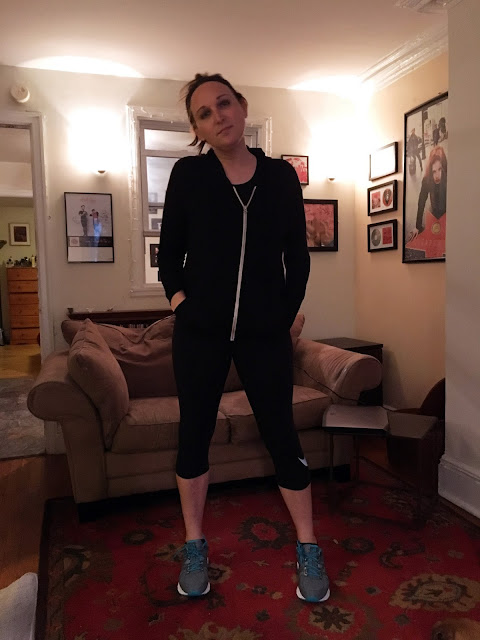 It doesn't look too great. But then again I already struggle with a casual female presentation, much less a sweaty workout presentation. My clothes, however, I do love. I bought women's trainers, along with some nice, seriously tight pants and a tight shirt. Plus I finally bought a smaller hoodie so it hugs my curves a bit more. My gym outfit does show off what the HRT gave me. Plus my butt looks great in those pants. Still, I worry about my passability in gym girl mode.

Because of this, I no longer go to the gym after work. Instead, I go home first to change, then head over. Also, I regulate my liquid intake beforehand so I don't have to use the bathroom. I know some of you are reading this and thinking "Faith, you look great and the gym has an inclusive policy. Why are you worried?" Well, I worry. I worry that I don't pass and I worry that because of that someone is going to harass me. My avoidance of the changing room has been working for me thus far. Sure, I wish there were a gender-neutral option, but in the meantime I have my routine.

Still, working out has been good. Mostly I just do the elliptical which lets me burn 400 or 500 calories in a go. I've been keeping up a three-times-a-week routine. Combined with the beer I'm not drinking that means on the days I go to the gym I'm consuming 1200 fewer calories than I would have been doing a few months ago. Since March, when I made this change, I've already lost about 10 pounds. So I'm getting there. Slowly.

I don't love the actual working out, but I do like the feeling of having worked out, you know that nice tired but in a good way feeling? Plus being healthy means living longer which is great since, like most people, I have no interest in dying. And I can manage to lose weight and get skinny, which will help me with passing. And I've promised myself that when I get down to my goal weight (currently only 13 pounds away), I'll go out and get that bandage dress. 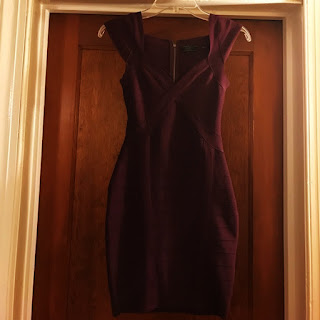 I'll have earned it.
Posted by Faith DaBrooke at 8:48 AM