The Story of My Breast Augmentation Surgery 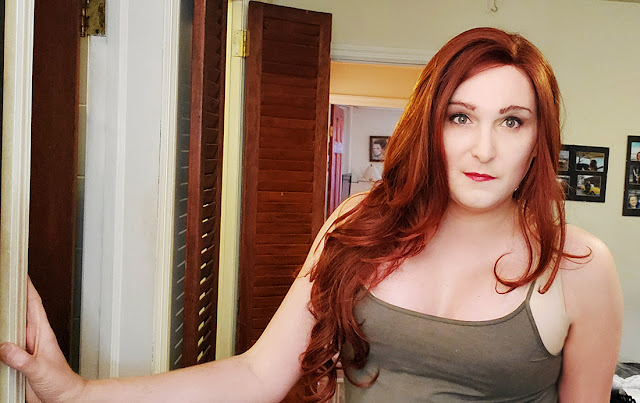 My surgery was scheduled for a Friday. It would be at NYU Langone here in NYC.  On Thursday, I got a call at 11am from them stating that they still needed more paperwork from the cardiologist. If they didn't get it within the hour then my surgery was going to be cancelled. Egads! For FFS, it had taken me weeks of phone calls, faxes and pleading for the cardiologist to send exactly the right info to the surgeon.

A sinking feeling came over me. Were they really gonna cancel? This surgery had been scheduled for a year! Why wait until one hour before the deadline, one day before the surgery to request more paperwork?! I'd stopped taking my HRT two weeks prior. I hadn't had any alcohol for two weeks. I had submitted insane amounts of paperwork. I was ready for my surgery!

Well, thankfully, I got a good person at the cardiologists and they were able to quickly send over exactly what the surgeon needed. Then not half an hour later I got another call. My surgery was scheduled for 3pm the following day. Three seemed a weird time for a surgery. It was my understanding that they always did them as early as possible. But ah well, I'd take it.

There was a long wait before surgery. Kath and I sat there in the little pre-surgical area for hours. I was wearing my hospital gown. I did get a little freaked out when I put my hospital gown on. There was a sort of plastic lining on the inside and I thought "Oh my god, that's so the blood won't soak in. That'll be my blood!" But in general I was pretty calm. Having gone through surgery before with my FFS made me far less nervous or scared. I knew what was happening and breast augmentation is a minor surgery compared to FFS.


It was so weird to once again have to walk into the operating room full of all the equipment and actually climb up on the little bed myself. This time I managed to not get a clear look at the blades, scalpels, and other tools. But I was a little weirded out by how small the table/bed was. It clearly had not been designed for the comfort of the patient. The staff was nice and they got me hooked up to an IV. It went in my hand which hurt. I like the arm better. I cracked some nervous jokes with the staff, tried to think about other girls I knew who had been through this and been fine, and then the drugs kicked in. I was out.

After the surgery, I was wheeled back into the curtained off area with Kath. Unlike with my FFS, I wasn't out of it as badly. My chest definitely felt tight, like there were two foreign objects shoved in between my skin and muscle. I was wearing a thick, gigantic, medical bra. They had me lying down on a stretcher. After a while I got really uncomfortable and tried to sit up. That was painful. Later Kath would comment how I'm normally quite good with pain but from my reaction she could tell I was in serious pain. Thankfully, some staff helped me into a chair.

My chest was tight but it was only painful if I moved. Staying still was a little uncomfortable but pain free. Then the moment I shifted or tried to use my arms pain shot through my chest. So, I tried to stay still, joke around with Kath, and sip on my apple juice. At least the chair was more comfortable than the the bed.

It took forever for them to release me. Though it was only about two hours it felt like an eternity. We grabbed a cab home. Walking wasn't too difficult. But when we got home, I collapsed down on the couch and laid there for about fifteen minutes resting. Then I thought I might get up to get a drink. Except I couldn't get up! Any way I moved was painful. I was afraid of ripping something out or damaging my body. I had to sheepishly call Kath over to come help me off the couch. The same thing happened lying in bed the first night. I had to pee at like 3am. So I woke up poor Kath to help me get out of bed.

It was really interesting seeing them on my chest for the first time. They were big! I knew I was getting pretty big boobs. But I was like "wow!" These are ginormous. Um, I'm not complaining. It made me super happy to realize I was going to one day have amazing breasts. I wanted to go run to sixteen year old me who was so distraught with dysphoria and be like "Little me, it's gonna be okay! It's gonna be awesome one day. Just hang in there."

Over the next few days the pain slowly, slowly subsided. I was given opiates, but elected not to use them beyond the first day for fear of becoming addicted. Instead I just used some regular over the counter Tylenol and Motrin. I think it worked. On day three I started weening myself off the painkillers. By day four or five I was completely off.

The pain has been really surprising too. You never quite know what is going to set it off. Turning the dial on the toaster oven caused me serious pain. Trying to open push doors in stores hurt. Getting up from a seated or a prone position was especially hard.

There was one night, maybe at day six or so. Again, I got up to use the bathroom late at night and then crawled back into bed. Once I was back in bed I realized that I hadn't even thought about getting up. I had managed to get up out of bed without any real pain. That was a nice feeling.

But, you know, even though they're not done settling yet, it's hard to avoid the temptation of taking pictures, isn't it? Ah well. 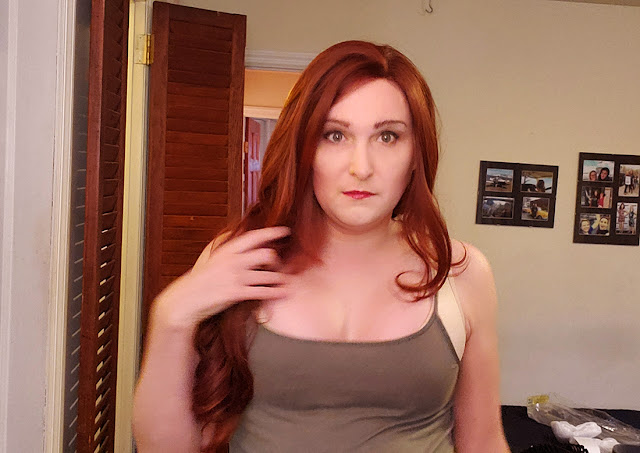 Posted by Faith DaBrooke at 8:27 AM