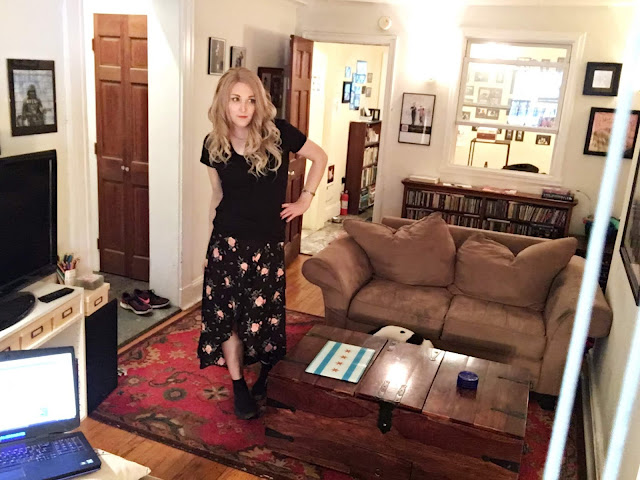 There's this experiment they did at Stanford University back in the 60s. In this study a small child was sat down at a table and given a marshmallow. They were given a choice; they could eat the marshmallow now, or if they waited fifteen minutes without eating it they would be rewarded with two marshmallows. Later the researchers went back and reached out to the kids when they grew up. Those who had waited tended to have better SAT scores.

I would have eaten the first marshmallow.

Patience has never been one of my strong suits. And yet here I stand once again facing the realization that transition takes an awful lot of patience. Throughout my transition (going on three years now since I first started taking hormones) my manta has been "just a few more months." My hair needed to grow out. I needed to give the hormones time to do their magic. And now many months in I find myself still repeating that same mantra.

Currently, I'm waiting for my transplanted hair to grow out to the point where it looks normal. It's definitely growing, but it's still much, much shorter than the rest of my hair. So it'll be a few more months until that grows enough to not be noticeable. I've also made an appointment for my first electrolysis session. Laser did some good but I need one last push to rid my face of that troublesome beard hair. So maybe in a few more months I'll have a smooth chin that I don't have to shave every day before work. And biggest of all, I've made my appointment for my GRS consultation. That'll be in December. So yes, just a few more months. And then when I schedule my surgery, it'll be just a few more months.

Honestly I don't know if I'll ever be "complete." Maybe in the biggest way I already am complete. I've done so much for my transition. But there's so much more I'd like to do. I guess the biggest, and most important, thing is that I have made the decision to transition. After decades of soul searching and indecision, at least I now know my path. It's a long path, but at least I'm on it. It took me a long time to find my way and I guess it only makes sense that the journey itself will be a long one too.