Transitioning in My Mid-Thirties 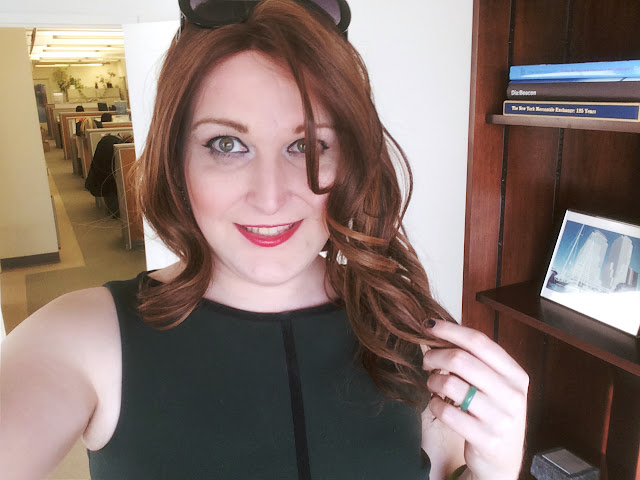 Yesterday, I broke down crying and my partner held me and comforted me. It had been a really hard day and a really hard week. I felt like I didn't pass which reduced my confidence to abyssal levels.  I was feeling overwhelmed, I was feeling like I was a freak, that people were staring at me, that people thought I was a pathetic joke, that I'd never pass or be a real woman. I felt like I was still faking this, faking my life, and forcing friends and coworkers to have to play along with my delusions. I had basically stopped going outside unless I absolutely had to, turning into a bit of an agoraphobic recluse.

Then on top of all that my 37th birthday happened. At the last minute I even cancelled my own birthday event because I didn't want to go outside and have people stare at me. I didn't want anyone to see me. I couldn't stand the thought of being the center of attention. Instead I broke down crying. And, with tears in my eyes, I asked my partner if coming out was a mistake, if I should have waited until my hair was long or if I should even have come out at all.

It's been a rough week. It's been a seriously rough week. And I'm reaching the end of my first hundred days living full time. In a way it's felt 100% normal, but it's also been difficult. The problem is that the difficulties seem to build up until I reach a breaking point and then I fall apart. It's only happened once or twice. And this got me thinking. I've lamented not coming out in my 20s, back when I was younger, skinnier, prettier. But I wonder now if I would have had the strength to deal with it back then. Was my mid-thirties the right time to come out? What's it feel like transitioning in your 30s? 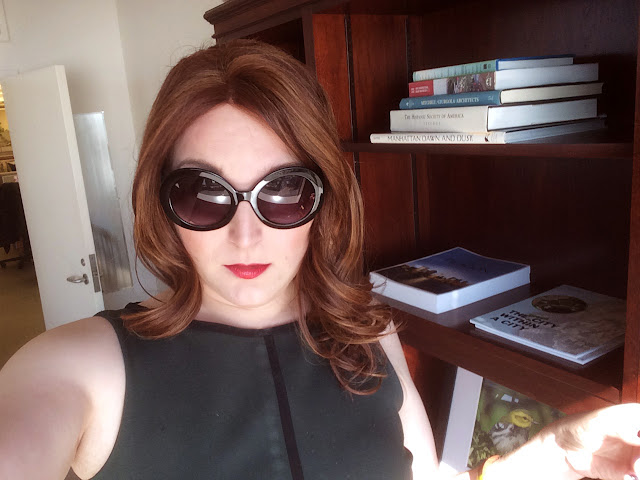 First off, I do get jealous of younger transgender people, especially those who managed to transition early and are young and beautiful. I follow a few of them on Instagram, some post on reddit. I'm jealous that they're transitioning when they're still young and skinny, with that high metabolism and perfect skin that only youth provides. I celebrate these girls, I'll always upvote, but I do get green with envy every time I see them with the tiny dresses, perfect hair, perfect makeup. Then again I get jealous of lots of cis women too.

Secondly, I am thankful that I didn't transition too late in life. I'm 37 and that's not old by any means. That's still prime. When I was in my 20s someone in their late 30s did seem ancient. But I think I still have lots of pretty years ahead of me. Plus I live in New York where 40 is the new 25. We are, in a way, a city of Peter Pans and I feel like I'm in a good place in life age wise. I'm really glad I didn't wait until I was in my 40s or 50s or 60s to transition. Some people do and that's great, but I'm glad I didn't have a lifetime of dreaming of transition only to do it so late in life that all I had to look forward to was life as a matron or a little old lady. 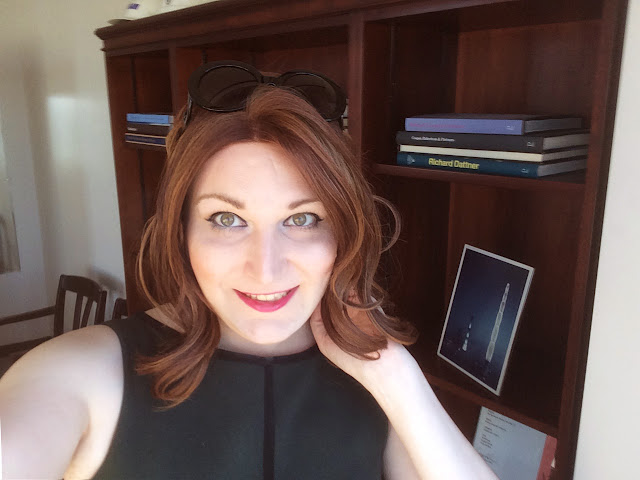 There are of course challenges at my age. Generally your mid to late thirties is when your metabolism starts slowing down and the weight starts becoming really easy to pile on. For me it started when I was 30 and quit smoking. It seemed like within a month of quitting I had managed to put on 30lbs and, though it's down to about 20 extra, it's still an issue because I feel like the skinnier you are the better you pass. Oh yeah, I'm gonna sound awful and be accused of age shaming and fat shaming for writing this but these are my natural thoughts. I do worry about my weight and I worry that my skin will get wrinkly and I worry that my upper arms'll go flappy and my jowls will droop. That's the general part of aging, but for a trans girl new to transition I worry that every sign of age makes it harder to pass and blend in. 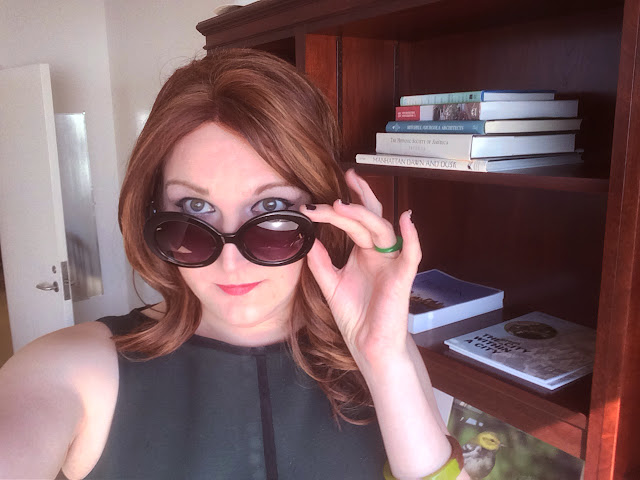 But, there are also a lot of benefits to transition in your 30s as opposed to your 20s or teens. Right now in life I'm financially independent which means no bigoted parent can block my transition and no one is holding the purse strings over me. At this age I have a more mature knowledge of the world and of myself. Perhaps, and hopefully, I've crossed that line you reach as you age, the border where arrogance finally becomes confidence. By your 30s I think most people have become more aware of what's really important in life. We can control our emotions a little better, use better judgement and view the world through more realistic eyes. I have a much better job now than I did in my 20s and I feel like I'm in a better place in my life.

A few months ago, when I told one of my oldest NYC friends that I was officially transitioning she said it was great and that she totally supported me. And I thought back to a conversation we'd had ten or eleven years before and I said "Well, wait. When I told you I was seriously thinking about transition before you warned me that you thought it was a bad idea." And she was like "Yeah. Back then it was a bad idea. You weren't ready but now you're in a better place in life." I think she was right.

Transition is hard and it's going to be hard at any age. It's a huge life change. A major life change. You know that Holmes-Rahe Life Street Inventory? You've probably seen it: 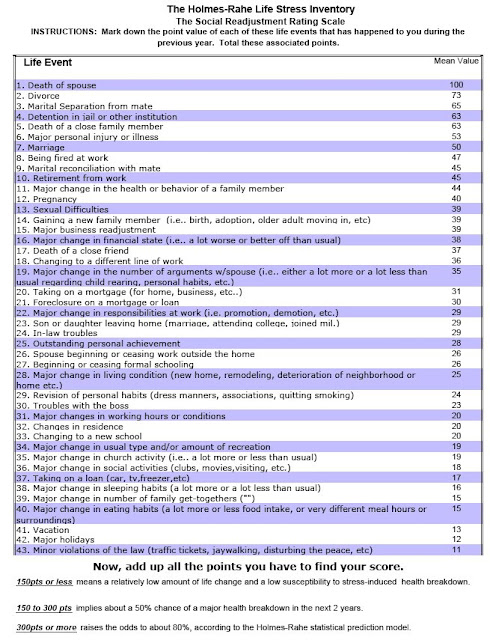 Now, this was made before lots of people were transiting so they didn't put it in the scale. I'd say it's probably somewhere near the top though. Probably not as had as divorce or the death of a spouse, but probably worth at least 50 points or so. And your 30s is a good time to deal with an extra 50 points of stress. You're better equipped because you've seen more of the world, you know more about yourself and you know the difference between a defeat and a setback. Chances are you have a more robust support network and a higher paying job. Now, you do miss out on some beauty, but you don't miss out all of the beauty. You get lots of opportunity to be pretty as hell. So it's good. There are setbacks and breakdowns, but it's good. 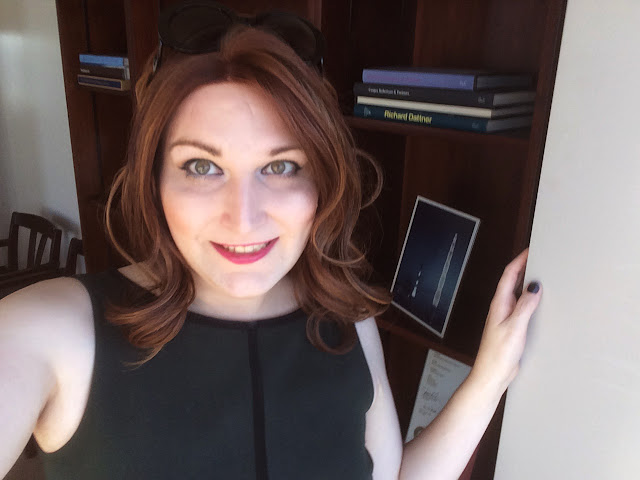 Posted by Faith DaBrooke at 9:30 AM