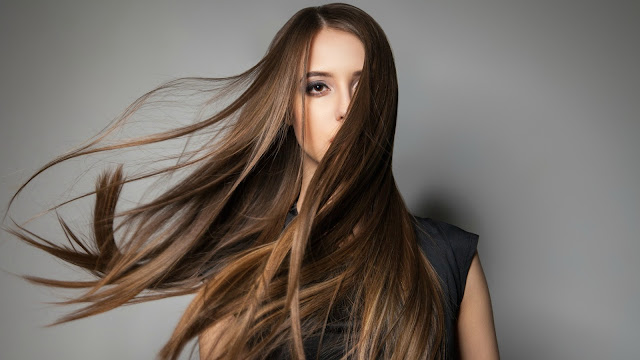 My head had 2,027 new holes in it, 2,028 if you count the slice that was taken out of the back. Thankfully that one is stitched up and the others are now stuffed full of newly relocated hair follicles. On Monday I had my hair transplant procedure at True & Dorin here in NYC. And while I'm still recovering I thought I would tell a bit about it for others who are maybe considering getting the procedure done.

There was prep to be done beforehand. The week before they gave me a prescription for Ambien, Vicodin, and a topical cream. I had to pick those up before the day of the procedure. There was also a pre-surgery checklist which included things like bringing a baseball hat and a button up shirt. While I do own a baseball hat, I do not actually own a button down shirt. So I brought a hoodie instead, figuring that I would just wear nothing under it. Also, the morning before hand I had to wash my hair with special first aid shampoo. And I had to eat breakfast.

Went in early. My procedure was scheduled for 7:45am. I get why they want to start early, but I didn't like getting up an hour early. Luckily it wasn't too bad and we got there on time. And of course there was paperwork to start! And of course they needed my name and address on every form despite having it on file from the paperwork I filled out on my first visit. Ah well, that's doctors' offices for you.

To begin I got two Valium in a tiny paper cup - just like in the movies. They made me take off my shirt and gave me two paper shirts to wear, one on top of the other. There's a big chair, kind of like a dentist chair. I sat down to get started. First they numb you up, which takes about thirty painful injections on the front and back of your skull, where there's no muscle or anything, just skin and bone. Then they lay you down face first on the chair and cut a strip from the back of your head. I didn't feel it at all, and the Valium was making me feel nice and relaxed.

There was a TV, but it was on a terrible 80s R&B station. Such a lazy genre of music. Just synthesized beats and someone talk/singing over it. Also every song is about sex. I thought about asking if I could change the channel, but I wasn't sure and I didn't want to interrupt. So it was on for a while. I am not a fan of R&B or Soul or whatever it is.

The harvesting took a couple hours, so after it was done we broke for lunch. Since they left me alone in the room, I turned the TV off and put in my headphones. I have much better music, thank you (for those interested I put on Chvrches for part of it and later switched to Dum Dum Girls). They give you about ten lunch options, which I guess they pick up from the local deli. Why they can't just have the deli menu on hand I don't know. It's a deli, can't they just make any sandwich like a normal deli? Ah well, chicken Caesar wrap was on there and it's my go to. Unfortunately, it was mediocre at best. Maybe I should have gone for the chicken parm.

After lunch the doctor came in and drew on me with a marker. This was to be my new hairline. It seemed low, but that's probably because I'm used to my giant five-head. I even looked in my phone for some pictures of me with a lace front for comparison. It seemed okay. And the nice thing was that it wasn't going to just be an arc from ear to ear. He added some irregularities to the line to make it more natural looking. Then I sat down in the chair and the doctor jabbed 2,027 holes in my head (one for each graft they salvaged from the back).

After about an hour of that the doctor left. Two techs came in and spent two or three hours plugging the transplants in. During this you can't move. They give you cushions and all, but you have to stay absolutely still. So they give you another Valium. That put me to sleep. And I actually did a hypnogogic jerk, which they didn't like. For this I tried to watch some Netflix on my phone, but ultimately music was easier so I just closed my eyes and waited for it to be over. It took about three hours, so by the end I was really itching to be done.

There were a couple things before I could leave though. First I had to watch an old DVD about aftercare. They left it on during the last half hour of the procedure which meant that the menu was on a loop. It was still going when they gave me a couple ibuprofen and walked me through the recovery. I wasn't in any pain, which was nice. Kath was there to pick me up and we headed straight home.

Recovery involved quite a few things; every hour I was to spray ATP (adenosine triphosphate) on my transplants. Twice a day I was to put cream on the donor area on the back of my head. For the first three days I had to sleep sitting up, which sounded rough because I am a side or belly sleeper. They also gave me a diaper like pillow cover in case there was bleeding. Also I couldn't bend over at the waist, bump my head, play contact sports, take a shower, or go outside without a hat on.

The next day I had to go back for a check up and cleaning. As instructed, I wore my baseball hat. But, when I took it off in the elevator, Kath noticed that there was blood streaming down my face and onto my coat. Oddly enough I didn't feel any pain at all. When we got up to the doctor's office, they took me right in. Taking off the cap had dislodged one of the transplants, but luckily it was still there and they managed to put in back in. The cleaning was pretty quick and I asked when I would be able to wear a wig again (about a week or ten days). Also I made an appointment to have the stitches taken out. That'll be next Thursday.

For the first day I took Vicodin which made me fairly loopy and kind of mentally slow. On the first night I could finally wash my head. I sat in a tub filled with warm water while Kath poured a shampoo and water mixture over my head. Oh my gosh, the tub water immediately clouded up with reddish-brown blood. All the dried blood on the back was rinsing off. It was gross, but the water felt really nice. They gave me a medical sponge to use to dab water and shampoo on the front where my transplants were. After having the one come out I was super cautious about touching them or anything. I really didn't want to lose another one.

By the second or third day I was off pain killers during the day, though I'm still taking them at night. I have to sleep on my back, which is quite painful since the ear-to-ear cut on the back of my head does not like being put against a pillow. Sleeping has been difficult and I'm looking forward to going back to my regular sleep positions.

The other thing is that I can't take a shower for a week so I am currently feeling good and gross. Seriously gross. Honestly, I really want to take a shower. I've washed in the tub and taken a bath, but it's just not the same. There was one good thing though. A couple days after the surgery I went and got a burrito at Chipotle. I had put zero effort into my appearance. I hadn't shaved, had no makeup, my hair was matted to my face, and I was wearing jeans and hoodie. But I got gendered correctly! I still have no idea how that happened.

Now I'm five days into recovery and I am seriously longing to be pretty again! You have no idea! I used to be able to get pretty every day and it bugs me to see my grimy self in the mirror. Today we went to the library and I wore a little bit of makeup for the first time since last weekend. One of my plans for this weekend is to throw on some music, lights some candles, toss a bath bomb in the tub, and then wash, scrub, and shave until I feel human again. I can't wait to be pretty again. It'll be soon.

And in eight months or so I'll have a good hairline. Then once that grows out, maybe I'll finally have some nice hair and be done with wigs forever! But for now, I'm grimy, in pain, and trying to be patient.
Posted by Faith DaBrooke at 1:41 PM