Regular readers of this blog may know that I have a bad hairline. It is a common issue with those who have suffered from testosterone poisoning. For me, I had my hairline recede about an inch and half when I was sixteen. It was almost instant. I seriously worried about going bald before I turned twenty. But, one friend's dad told me not to worry. He said that the same thing had happened to him at sixteen, but that even thirty years later his hairline hadn't moved another millimeter. That made me feel better, but still not great.

Starting right after college I shaved my head. I thought it was better to just go through life with the shaved head than to have to put up with looking bald. And I ended up keeping that shaved head look for the next decade.

It was only years later that I realized I wouldn't have actually looked bald. After I decided 100% that I was going to transition I began growing my hair out. Once it had grown out to the point where I needed a haircut, I realized that, as far as male presentation went, it wasn't that bad. In fact there's plenty of guys out there who look totally great with that hairline.

But I didn't want to look great as a guy. So I transitioned. Unfortunately, that meant I was going to have to wear wigs if I wanted to look decent. And wear wigs I have. In fact I've spent longer than a year wearing wigs every day. It is not something that I enjoy. Though I do think that I can look fantastic in them. 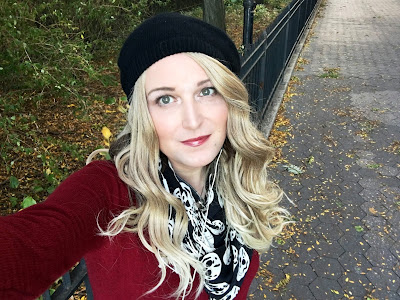 So I set about trying to find a fix for my hairline. My first stop was the endo who prescribes my HRT. She prescribed me finesteride (propecia), which can help regrow hair and reverse hair loss. Over time. But after two years on it I had only seen some slight vellus hair regrowth. It wasn't nothing, but it was not enough that I could ditch the wigs.

That left one more option and it was an option that I found distasteful; a hair transplant. Why did I find it distasteful? Well, it's because I remember all those old "Hair Club for Men" ads that used to run on late night TV. The whole thing seems to reek of insecure men. Ah well, a hair transplant was my only option. So I began doing some research.

The first thing I did was Google different places. I checked around NYC and also places within an easy flight, thinking that they might be a lot cheaper than NYC. What I found was highly receptive salespeople ready to give me lots of information. And eager to follow up on it. Or to call me to see if I had any questions. Have I mentioned how much I hate salespeople? Well, here's what I found:

Already I was frustrated. So I decided to do some deeper research on reddit. R/Tressless had some threads about hair removal that I found helpful. It was also great to be able to speak with people who were doing the same research as me, often with the same places. It is something that I definitely recommend for people looking into hair transplant. On one thread someone posted a Hair Transplant Network list of "trusted" hair places with good reputations. That was a gold mine and I reached out to some new places.

One great thing I can say is that at no point in this whole search did anyone bat an eye that I was trans. In fact some mentioned that they had worked with trans clients in the past. Ultimately, it was tough to pick a place. Sorting through the sales bullshit and trying to find honest reviews was not easy.

In the end I narrowed it down to Gabel Center in Oregeon and True & Dorin in NYC. They were both really good and had good reputations. In the end though, it came down to price. True & Dorin was a tiny bit more expensive, but once factoring in flight, hotel, and rental car in Oregon, they were cheaper. So, I booked a time to get a hair transplant with them. And it's coming up.

Of course I'm apprehensive. What if I made the wrong choice? What if something goes wrong? What if the procedure just doesn't work? What if it does work but it's still not enough to make me look decent? There's no way to know. Plus, once I get the transplant, it's going to take nine months to a year to really know what my results are. So I'm nervous. It's a lot of money to spend on an unknown. A lot of money when you don't know the outcome. No, I'm not a gambler. But this will hopefully let me say goodbye to wigs and just be me. That will be so immensely amazing. Imagine just being me? Not having to dress up to present female? Not having to worry about wind wrecking my wig? That will remove a ton of stress from my life.

So wish me luck. 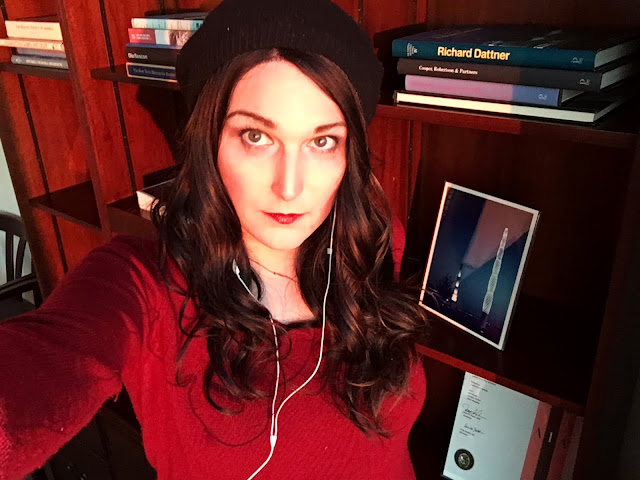 Posted by Faith DaBrooke at 8:49 AM