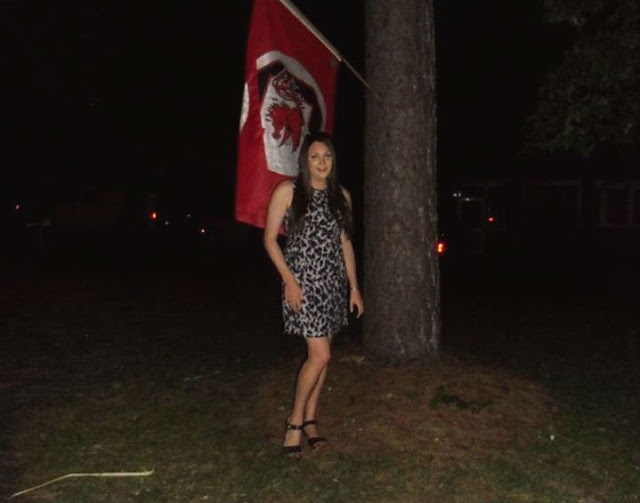 You know, I have opinions. I do. A lot of them. I read news every day, I try to seek out opposing viewpoints to strengthen my intellectual chops, I read big thick science and history books from the library. I have opinions. I even consider my opinions to be well-informed, well-thought-out and generally correct. But I'm not gonna share them. At least not here.

But, this spring has been a tremendous time for transgender rights in America and I wanted to speak about it quickly. For those who don't keep up with the news as well as I do (look at me brag!):

North Carolina passed a terrible, idiotic law restricting the rights of transgender people and worse, banning individual municipalities within the state from ever protecting those rights. They ended up losing a bunch of business and the Feds got involved and Attorney General Loretta E. Lynch stood up for transgender right in a huge way, stating that:

"Let me also speak directly to the transgender community itself.  Some of you have lived freely for decades.  Others of you are still wondering how you can possibly live the lives you were born to lead.  But no matter how isolated or scared you may feel today, the Department of Justice and the entire Obama Administration wants you to know that  we see you; we stand with you; and we will do everything we can to protect you going forward.  Please know that history is on your side.  This country was founded on a promise of equal rights for all, and we have always managed to move closer to that promise, little by little, one day at a time.  It may not be easy – but we’ll get there together."

Then, President Obama announced that public schools that discriminate against transgender people would lose their federal funding and may even end up getting sued by the Justice Department.

Eight years ago, gay marriage will illegal. And now the Right Wing in this country has lost that battle entirely. Now they're going after transgender rights and ironically, that attack is already turning into a great thing. Why is the Right Wing attack a great thing? Because their desperate, hateful attempt to start a new fight has made millions of people stand up against them. People who didn't even have trans rights on their radar a year ago are now speaking out for transgender people. The President is now speaking out for trans rights! Isn't that amazing!

Like all struggles, this one will be uphill. But it looks as though we're already winning. There's much more work to be done, but the all those right wing, hateful bigots who dress up their intolerance in religious clothing, are going to lose. They will be in the dustbin of history.

Okay. So, yeah. I'm left wing. I support Hillary in 2016 and voted for her in the NY primary. I do think she should make Sanders her VP to help unite the party.  I think Trump is a scumbag who must be stopped. I think Obama has been an amazing president. I think trans rights are important because an attack on the rights of one group is an attack on us all. I hate the term TERF and think people who use it are drawing a line in the sand when what we need is a dialogue (because cis and trans women have much in common and our struggles are so similar). I also hate the term "deadname." I also have opinions on gun rights, abortion, voter ID laws, the criminal justice system, foreign policy and....you don't care.

There are a million political blogs, trans rights blogs, and a billion people sharing their opinions on everything and nothing all over the internet. I don't want this page to be for that kind of info, but this has been such a huge milestone moment for transgender rights that I wanted to share! Don't worry. Next week will be all pictures, stories about shopping and fun. Promise.

Posted by Faith DaBrooke at 7:09 AM