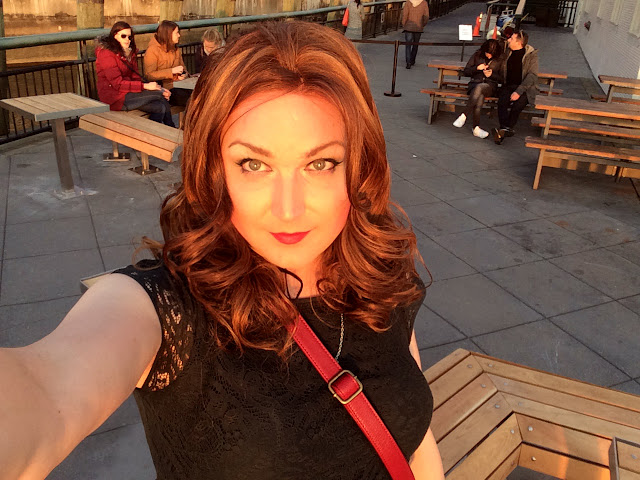 So I have two friends who usually throw Thanksgiving dinner and invite my partner and I along. This year they went out of town and so we decided to go out to dinner instead. It was either that or post a depressing thing on Facebook saying "Anyone have an extra spot? We're desperate for an invite!" Going out turned out to be a lot of fun.

Our destination was Pier A Harbor House at the lower tip of Manhattan. I decided to wear my dark green lace LOFT dress that's been a recent favorite of mine. Seriously, I love how it fits and how it feels too, even if it so dark you can barely tell its green. It's a little chilly, so I wore tights, which I don't really like. I'd rather just have bare legs. Ah well, at least I got to wear a dress out!

Dinner was great. The restaurant is beautifully decorated and we were up on the second floor with a magnificent view of the harbor. All the staff were super nice and I got lots of lovely female pronouns. There was a prix fix menu so I had duck confit (a little too salty & fatty), pumpkin gnocchi (super delicious) and a saddle of venison (super flavorful though really rare - I would have liked it cooked up more, but went with the chef's recommendation), Brussels sprouts with bacon (to die for) and cranberry cobbler (also to die for).

After dinner we walked along the waterfront Esplanade in Battery Park City just as the sun was setting and got some great photographs. 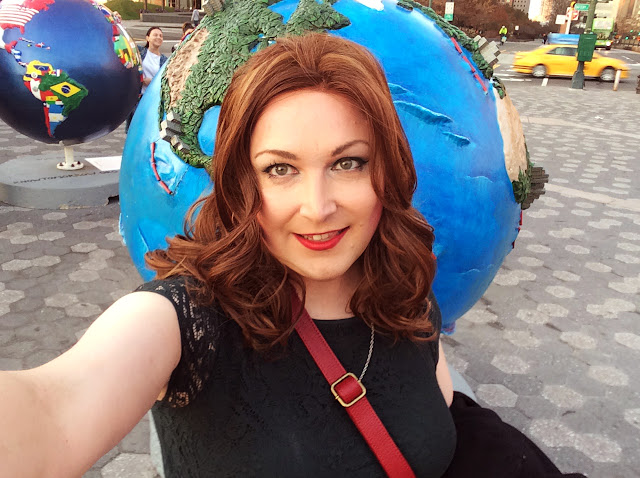 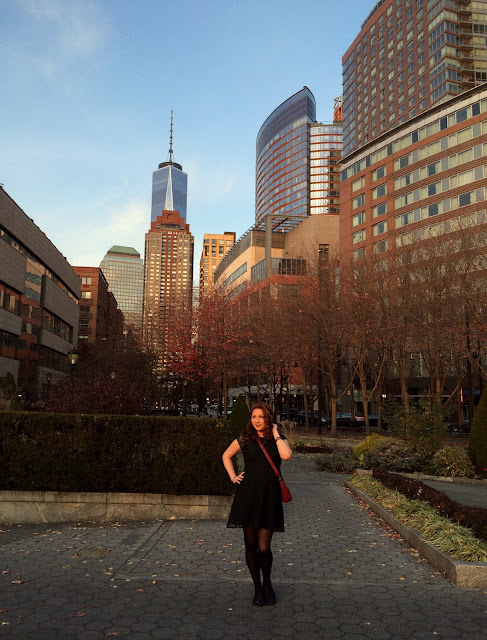 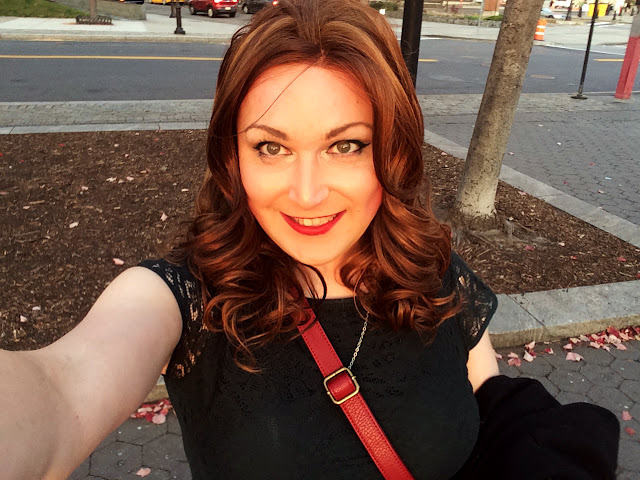 It was actually warm enough that I took off my coat. I even thought about taking off my tights, but that's kind of a crazy thing to do in public. Plus I'd probably need them once it got dark again and the temperature dropped. 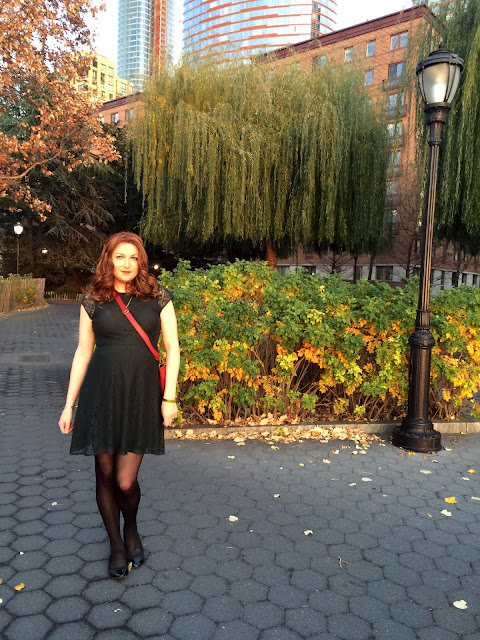 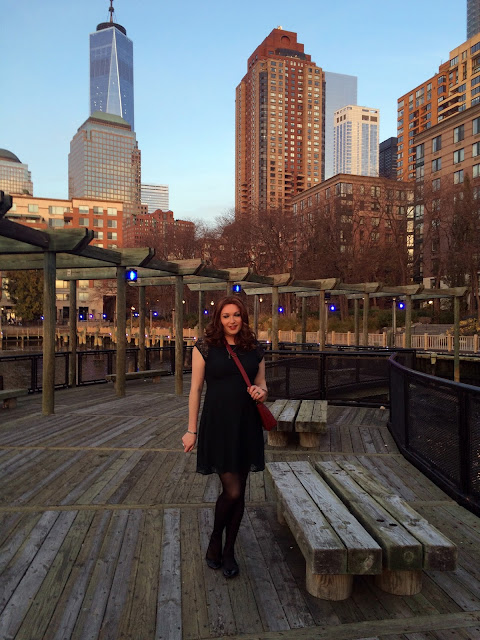 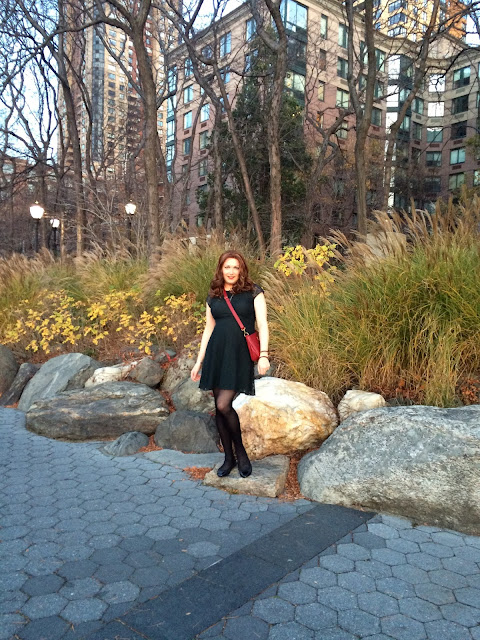 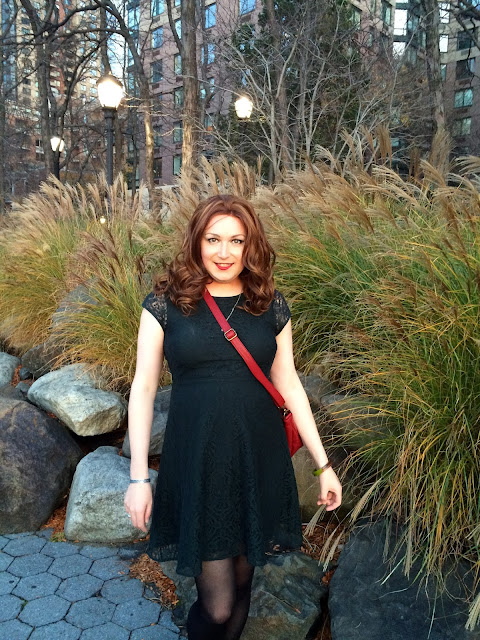 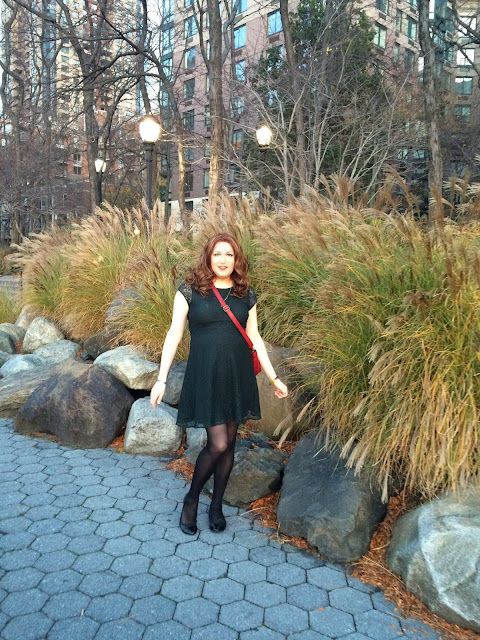 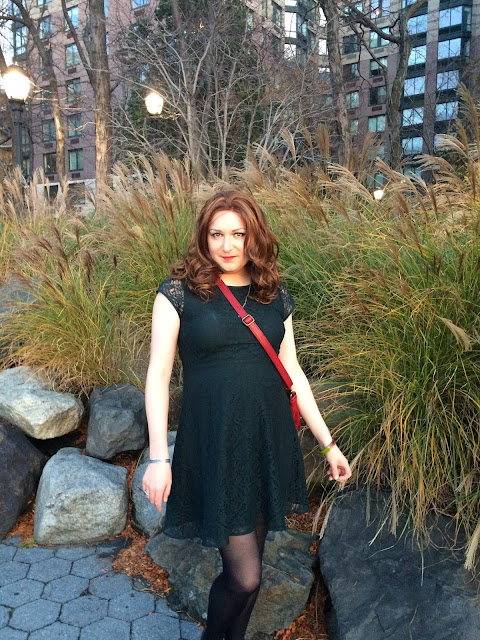 There was a point at dinner, with all the people around, then I felt a little nervous. Most of the diners were dressed up, but there were a couple of guys in jeans and T-shirts and I thought "Oh, I bet they feel ridiculous." Oh crap. I was wearing a dress and a wig. Was I the ridiculous one? Was I passing for a genetic woman? Did everyone just think I was some weirdo? Well, I was able to ignore the feeling and enjoy dinner. But then looking at these photos later, I realized I probably didn't need to worry. I guess I'm thankful that I can go out, even to a fancy restaurant, and just be a regular girl. 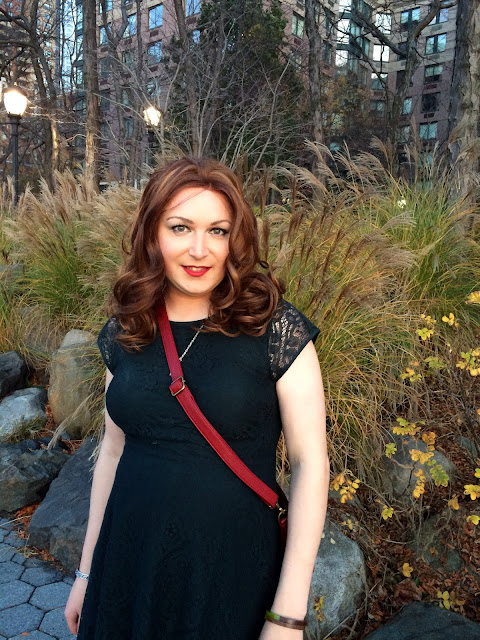 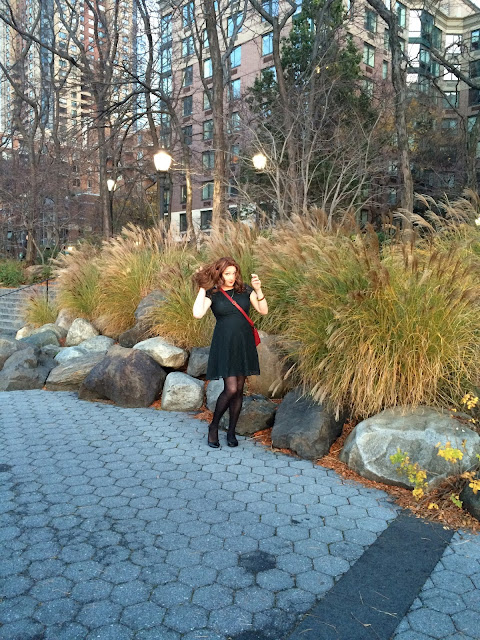 But, most importantly, I'm thankful for my wonderful and amazing partner, who accepts me for who I am and will happily take photos of me too! She's awesome! 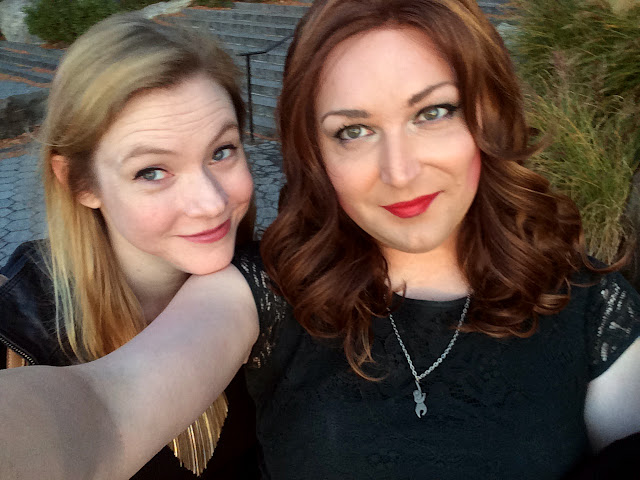 Posted by Faith DaBrooke at 8:08 AM