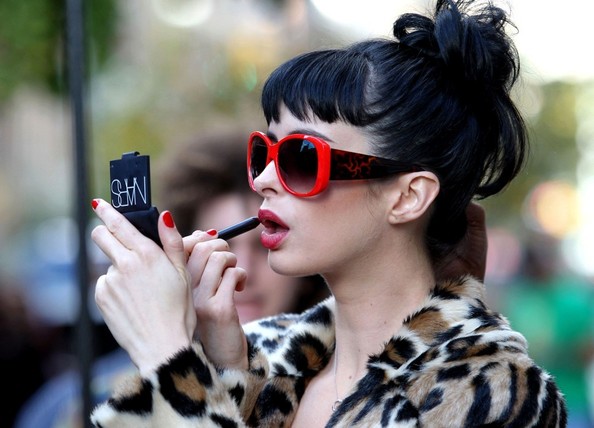 Okay, first off, I'm not being paid by Netflix to help promote the upcoming Jessica Jones TV series. Although, Netflix did figure out a way to actually get me to watch a superhero show. By having it star the amazing, beautiful and stylish Krysten Ritter.

Krysten Ritter is utterly hilarious. Her facial expressions are to die for. She can twist her face into the most comical of shapes, she can sell a joke with just an eye roll. 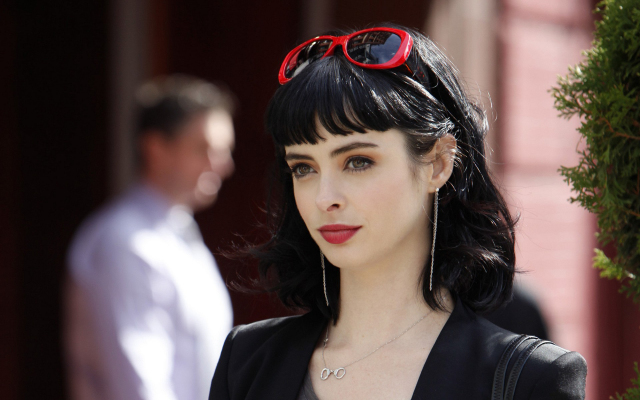 My first exposure to her was watching Don't Trust the Bitch in Apartment 23. Personally, I love darker comedy and especially love antisocial, amoral characters. The role of Chloe, the titular bitch, gave her such a chance to shine. Chloe wasn't so much a bitch as she was a complete and utter psychopath for whom other people were either resources to be ruthless exploited or fodder for her own twisted amusement. She was hilarious!

Plus Chloe always had the best outfits and accessories to go with them. Seriously. Look at the Thanksgiving episode, look at the killer red dress, those sunglasses, that coat, those heels. Everything: 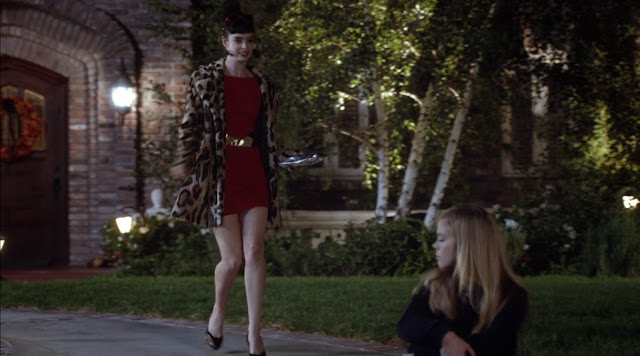 But beyond her fashion there's also the thing about the show and the character that I really loved; the relationship between two female friends. I love the idea of being a girl and having a best girl friend. It seems like so much fun! I just love the dynamic of it, the female energy. It's something I've never had before but hope one day I can. 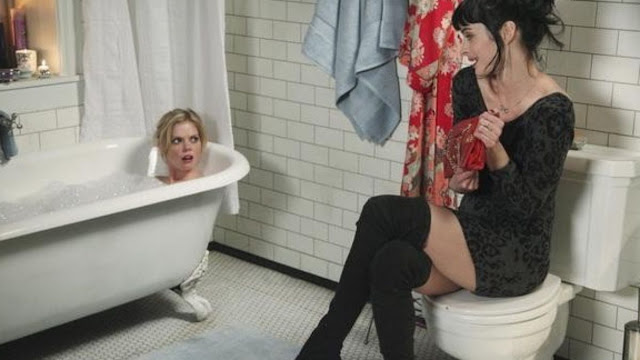 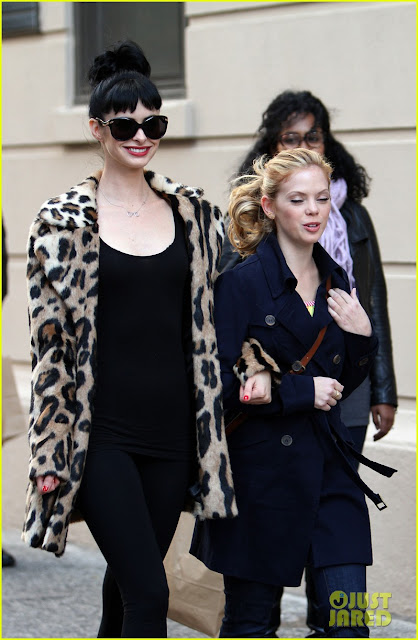 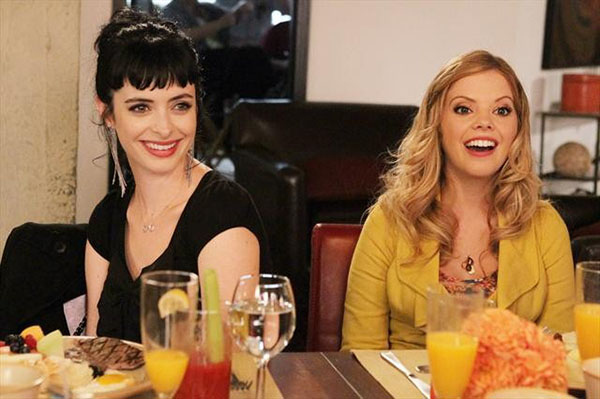 Okay, and beyond being funny, talented and cool. Yeah, she's fashionable and pretty darn pretty. And super classy. Plus, the other day when I was out, I was walking down the street and totally imagining that I was Chloe, just rocking it. What a super confidence boost, right?

So, do I think a girl should be a total psychopath? I mean, Chloe isn't a good person. As Stuart Heritage put it recently in The Guardian:

"Chloe is a monster. She’s Holly Golightly pushed to her logical endpoint. Vain, self-interested and conniving, she mercilessly exploits everyone around into enabling her dreadful lifestyle. She’s best friends with James Van Der Beek from Dawson’s Creek – playing himself with a crackpot intensity – and they spend their days in a vortex of empty self-infatuation. She pays her rent with whatever she can steal or blackmail."

So why on earth is she one of my female role models?

Because a part of me, hopefully just a small part, wants to be a super stylish, selfish, greedy, terrible, awful human being. I can't help it. She's the the perfect representation of the id. And she looks great doing it.

So, I guess it also gets back to a little bit of what I experienced with women growing up. Women were supposed to be servants; supportive, always sacrificing for others, always putting their children or husband first.

Of course, Okay, so maybe I don't need to go as far as Chloe. But it's god to know that you can be a woman and make your own path. Even if that path is awful and manipulative and ruins Thanksgiving for everyone. 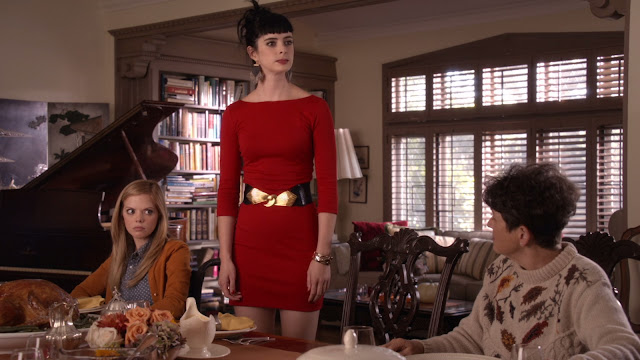 Posted by Faith DaBrooke at 7:59 PM