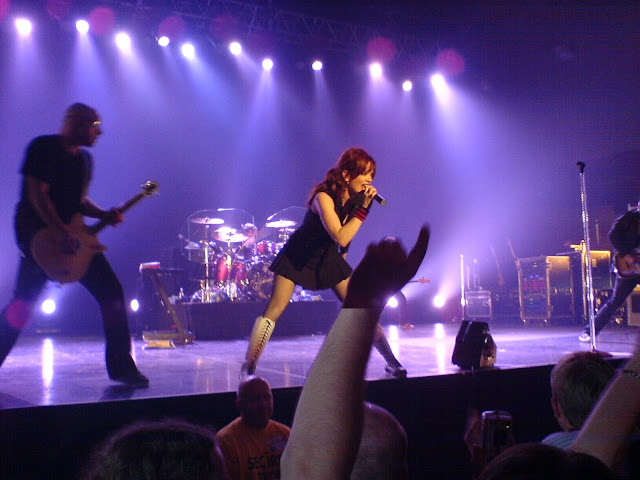 When I was fifteen years old, Shirley Manson burst onto the world stage and helped change my life forever. I was a confused, frustrated, unhappy teenage boy and she was a beautiful, kick-ass, outspoken, courageous, fashionable, fearless, amazing woman. She was everything that I wanted to be.

I was in high school and she was to become my hero.

The first time I saw her was on MTV, in the "Only Happy When it Rains" video.


I'd stay up late and watch Alternative Nation or 120 Minutes and hope to catch it. Back then, I'd have a VCR with a blank tape ready each time I watched MTV, ready to hit record when one of my favorite videos came on. I taped "Only Happy When it Rains" and would watch it when I had the chance. I really liked the song and I really liked Shirley.

Then one day, in Turtles records on Wrightsboro Road in Augusta, GA, I remember my friend Marc and I were shopping for CDs of our favorite bands; mostly grunge, a little heavy metal, a little punk. I saw the Garbage CD for sale and said to my friend "The chick from that band is cool." It was a big moment for me. I was admitting a chick from a band, a band with a bright pink album cover, was cool.

Back then, I thought that openly admitting that I liked a band with a female singer kind of made me gay. Not only did they have a pink album cover, but their music was kind of techno-ish and definitely didn't involve angry men screaming. At the time I had been conditioned to believe that angry men screaming was the only acceptable music for a young heterosexual teenager.

So I didn't buy Garbage's album. Instead I took the slightly safer route of buying the cassette single.

And I listened to the three songs on that tape over and over again. "Girl Don't Come" was my first real foray into the world of techno/dance/electronic music, though looking back it would probably just pass for regular Alternative Rock. "Sleep" was a quiet, mellow song that was a good way to wind down the second side of the tape before I flipped it back over again to hear "Only Happy When it Rains" again.

Within a few weeks, I would save up the $8.99 ($54.95 in 2015 dollars) and get myself a copy of Garbage's debut, self-titled album. As of this writing, I own four different releases of it and have been thinking of getting the 20th Anniversary edition which came out last week.

From there on in, I was all about Shirley Mason. It was a fun time. 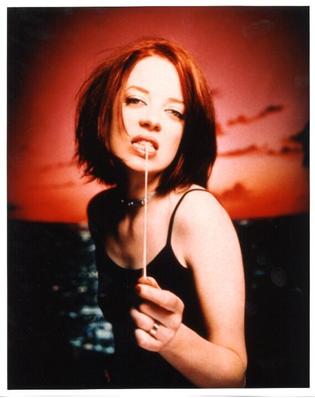 Yeah, she was totally my hero and I totally wanted to be Shirley Manson. Now, this was slightly problematic a wish for a young boy in suburban Georgia. Shirley was a girl who wore dresses and skirts and boots and makeup. Meanwhile I was a fifteen year old boy in the South with an Evangelical Christian Republican family. Wanting to be Shirley Manson was a sin and God would surely send me to hell if I tried to go through with anything like that.

On the other hand, have you seen how cool Shirley was? 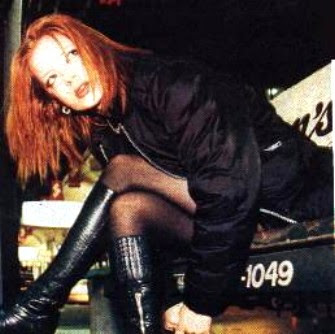 The first thing I got was a pink feather boa. Shirely had one wrapped around her mic stand. I think I got mine at Spencer's Gift's in the mall. I'd wrap it around my neck and wear it to school in 11th Grade. It was the 90s so it sort of worked. There were a few male rock stars who were a little gender-bendy, so I got away with it. Next I went to Wal-Mart and got some eyeliner pencils and started to wear big thick black gobs of eyeliner. Again, it was the 90s. Scott Weiland from Stone Temple Pilots was doing it too right? Then I got fishnet stockings since Shirley wore fishnets in the "Only Happy When it Rains" video. I cut a big hole in the crotch then wore them like a shirt, under a black t-shirt. Again, it was blurring the lines a little.

Then, came the day at Body Shop in the mall, when I decided to buy a black faux leather mini-skirt. Pleather. One weekends I started wearing my skirt with fishnet stockings and combat boots, eyeliner and lipstick out to the local punk dive corner where all the freaks and geeks hung out. It was an androgynous look and it worked. My girlfriend at the time didn't have any issue and even bought me a garter belt for a birthday present. Black or red nail polish became every day wear for me and I even pierced by own ears with safety pins one day in study hall.

Had this have been today, I probably would have been some young transgender girl posting pictures on Instagram, but we didn't have that back then. We did have AOL and they constantly mailed us CD-ROMs good for 250 free hours, but it wasn't an enlightened time like today.There wasn't such a thing as transgender. There was gay, and I knew I wasn't gay, but there was no real way for me to understand how I could be attracted to women and yet want to be one too. I was confused, but that was how things were in those pre-internet days (luckily no one is the least bit confused now).

Slowly I started acquiring dresses, cheap ones from the slutty teen stores at the mall. I had long hair and I would dye it dark red, deep burgundy, even purple. When we went out, I would start to go less androgynous and more full on girl mode, letting my female friends do my makeup. I'd secretly borrow 4" black heels and fur coats from my friends' moms' closets and eventually their racier dresses too. By the time we were sixteen or seventeen my female friends and I would go out, realizing we could get into certain types of bars with lax ID policies. It frightens me to this day, but I remember we'd go to the payphone and call a friend's boyfriend to come pick us up and take us home. He'd be drunk and we'd get in his car anyway. We were beautiful and stylish and fun, but we were not smart.

I've felt transgender my whole life. But there was something about Shirley Manson that made me feel bold and powerful enough to get out and explore my female side. Suddenly I wasn't ashamed of these feelings any more, they didn't need to be buried. I could express them.

It was her fearlessness I think. It was something I'd never seen in a woman before. Most of the women I'd seen in media growing up were either matronly prudes like Aunt Bea, bimbos like Kathy Ireland or weak little submissive mice like June Cleaver.

Shirley was bold, powerful, fearless and still incredibly feminine. She gave me the strength to come out a little bit, to embrace my own femininity and let me understand that femininity didn't mean weakness or submission. Being a woman could be awesome and empowering and you also got to rock some seriously cool clothes.

So I guess that all worked out.

Gonna go see them play on Saturday here in Brooklyn. Looking forward to the show. And Shirley is still super awesome. Check out this recent interview. 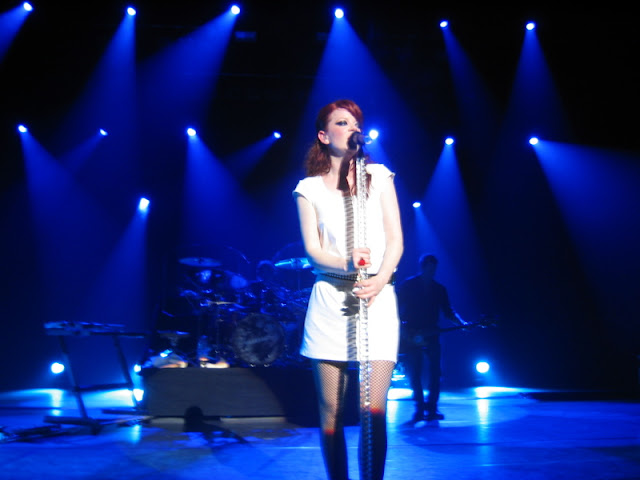 Keep rocking, Shirley! Or in the words of a brilliant and empowering woman "Go, baby, go go!"

And thank you for helping me realize that even a confused boy from Georgia can grow up to be a cool, fashionable, brave woman too.

Posted by Faith DaBrooke at 6:26 AM