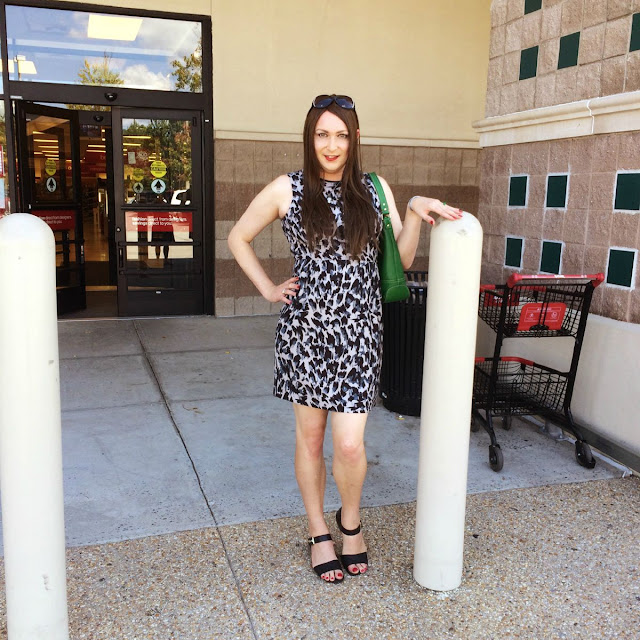 My third day living as a woman in South Carolina was a Sunday, but luckily I managed to avoid going to church. Bethany, with whom I was staying is a Christian church-goer, but she's a good, liberal Christian and her faith is pretty far from the intolerant, crazy evangelicals I grew with (yes, I was taught Creationism until 10th grade). Luckily Bethany let me skip church, though a part of me thought it would be fun to attend a sermon just to gauge people's reactions. But, that would only work in a crazy evangelical church, not a liberal Methodist one. Also, I'd have to sit through church, so we'll skip that one.

Instead we got lunch at Fazoli's, yes, I chose a fast-food Italian chain. They have good bread sticks and you can't screw up baked ziti. And unlike me, Bethany didn't want two barbeque meals in a weekend. On the other hand, I'd be okay to eat it four or five times, but I guess that's just me.

Bethany had just worked a six day week (someone get them some unions down in South Carolina), so I was happy to oblige her. It can be so frustrating having things you need doing but can't get to with a guest in town. Plus it gave me a good excuse to just go out and do normal things as a girl.

Our first stop is Sam's Club the place for people who love Wal-Mart but wish they carried ketchup by the gallon. Then we hit some other spots as well:

To be honest though, there were two things that were starting to bug me about life as a female.

Firstly, my wig was not happy. Due to wind and wear it was starting to get tangled. While I tried to brush it as best I could , all that did was rip out some hair that couldn't be replaced. I did my best, the wig definitely wasn't looking as nice as day one. By day three it was starting to look a little more worn than I would have liked. But, I had not choice but to try and rock it as best I could, tangled up ends or not.

Secondly, my new sandals decided that I had too much skin on my feet and started the process of removing it from my big toe and right by lateral malleus (you know that bony bump on the outside) on my ankle. Of course, with my other sandals, my more comfy sandals, broken, I had no choice but to Band-Aid up (plasters for you British readers). Thus after four of her errands, I made my friend stop at the grocery so I could get a box of Band-Aids (adhesive strips for my generic-product buying readers).


Okay, after that we  headed to the South Carolina Statehouse, which has recently been in the news when the Confederate flag was finally taken down after decades of government racism. It was a great moment for the South and for the country as a whole.

While I grew up in the South (in Alabama, Georgia and Virginia) my family is solidly Union, from Connecticut and New York actually. In my family we had abolitionist writers and even a Union general in the Civil War. The Confederacy is definitely not part of my heritage. And even if they were, I wouldn't promote the Confederate States of America as a symbol of Southern pride. I mean, could you come up with a worse example of a country. Slavery notwithstanding the, CSA was a terrible country. I mean, as soon as they existed, they immediately declared war on their much more powerful neighbor and then proceeded to lose that war in an amazingly spectacular fashion, destroying their economy in the process. Good job, guys! Seriously, why would a Southerner be proud of that? You think they'd be deeply ashamed. Ah well.


Actually, I had never been to a state capitol before so it was cool that my first time ever visiting one I got to rock a cool new LOFT dress! The grounds of the South Carolina Statehouse are actually quite beautiful, with well manicured lawns, beautiful flower beds, shaded areas with many different species of tree and winding paths that led through many different monuments. 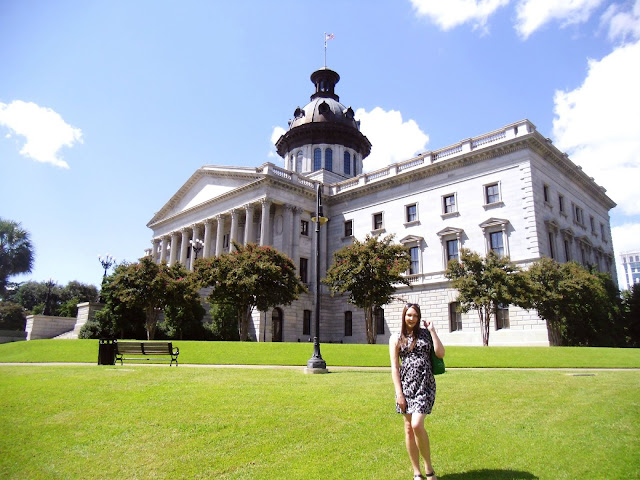 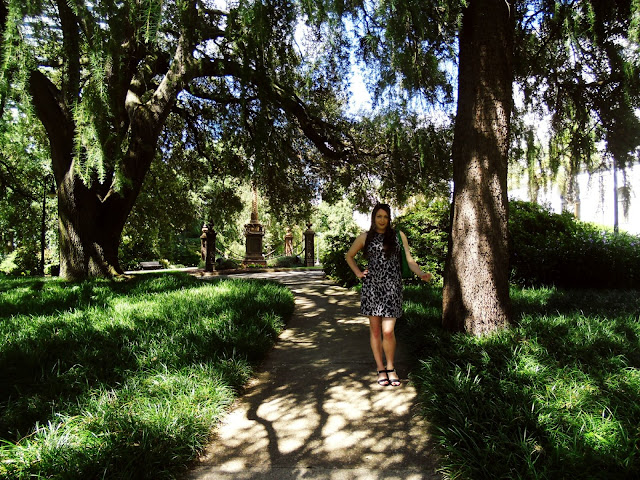 Behind me in that picture above is the infamous Confederate Memorial. The story is that in response to the Supreme Court's ruling against segregation (gasp - black and white people would have to be considered equally human under the law!) some racist South Carolina legislators made a law that the Confederate flag would be flown above the dome of the State House. Later, when people were like "that's racist," they passed another law to take it down. Then the racists passed a new law, stipulating that it would fly above the Confederate Memorial and it would be locked onto that flagpole so that it would never be cut down.

Yeah, then a racist asshole shot some nice, friendly, innocent people in a church in South Carolina. Ugh.

And in response, many South Carolinians, and Americans, and the world, realized it was damn well time for the racist rag to come down from any flagpole on the Statehouse grounds. And a bunch of old, racist white men in the legislature refused. So one awesome, courageous African American woman scaled the pole and cut it down!

So here I am at the spot where not only did the flag come down, the entire flag pole was removed! How great is that! It was also nice to learn that most people in South Carolina aren't racist or jerks and celebrated the flag coming down.

Well, in South Carolina they are still flying their most important flag; that of the local college football team. 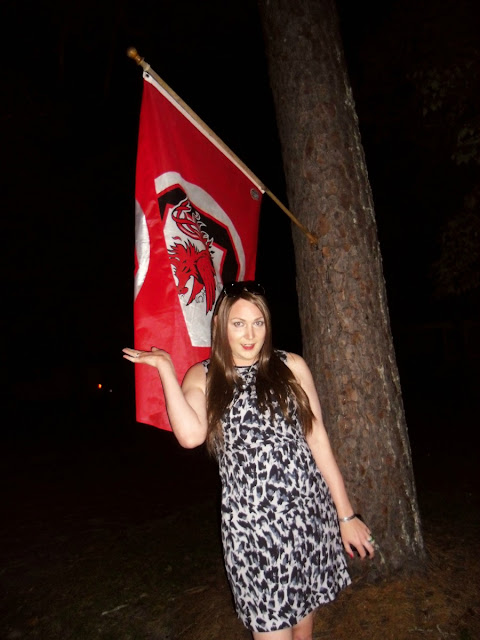 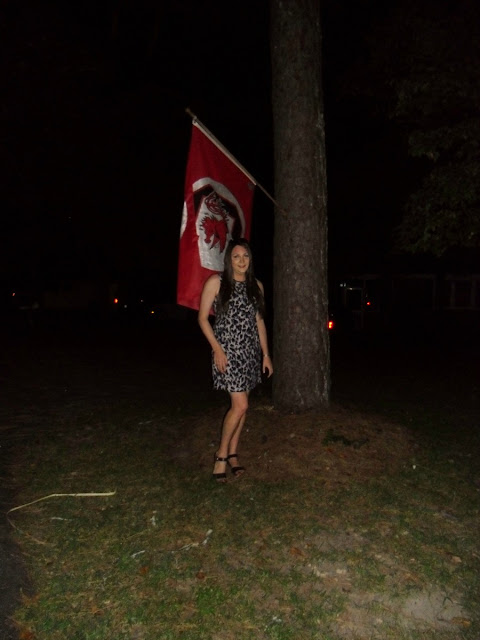 Well, my third day was at an end. Being a woman in public felt 100% normal and real, like I was just a girl and nothing else. All the people I met in the South were treating me like a woman, being polite and friendly, which only reinforced my comfort in the female role. Holy crap, I was a real girl at this point! Practically.

And on my trip, I had gotten to see some more of the South and even some places important to national history. The next day would mean flying out of Charlotte and heading back home.

Posted by Faith DaBrooke at 6:49 PM