One of the great joys of summer is a drink outside on a hot Saturday afternoon, relaxing as you let the day slowly melts into evening, the temperature slowly dropping as cool breezes come in with dusk. It's a joy. And since New York is cold for six months out of the year, I try and enjoy the warm weather as much as I can. And I especially love it because it's dress weather!

Sure, you can wear a dress in winter, and I have plenty of times, but you always have to wear tights or leggings and you really don't get the full, free feeling that makes wearing a dress so much fun. This summer has been pretty mild with lots of great dress weather. So when I heard about a new beer hall, Grand Prospect Hall, opening up in Brooklyn, I was so excited to get dressed up and go check it out!

My first ten years in New York, I lived in Astoria Queens, home to the Bohemian Hall Beer Garden, which was one of the best bars in the city. It's a huge outdoor space full of picnic tables, with good food and plentiful beer by the pitcher. On nice weekend nights, there's often a line around the block, but luckily it's not always that crowded. Actually, going there dressed up as Faith was one of the first times I ever felt like I could really pass. The crowd there tended to be a lot of bros and it had a kind of fratty/sorority/New Jersey kind of a vibe for a while. But going there, and walking around in that huge crowd, wearing a little dress, and actually fitting in, not getting weird looks or anything felt so utterly amazing.


Sadly, Brooklyn doesn't quite have any places as good as Bohemian Hall. So, a couple friends and I set out to explore the new beer garden in Brooklyn. So I wore my new dark green LOFT dress, which I really like. Not only have I been dying for that color to come back into fashion, but the dress is a-lined, which means I don't have to wear a corset or any padding for curves. It's the full, 100% natural dress feeling. Plus this dress is made of a silky-type fabric and has great movement. I love it!

What I didn't quite love was the "beer hall." Okay, they had German beer and big pretzels and places to sit outside so I'll give them that. The place was actually kind of hilarious. It was like a chintzy mid-priced wedding reception hall that hadn't had the decor redone since 1979. There was a lot of fake brass, a small waterfall and even a musty stuffed horse. So we stuck around for a couple drinks before heading out somewhere new. 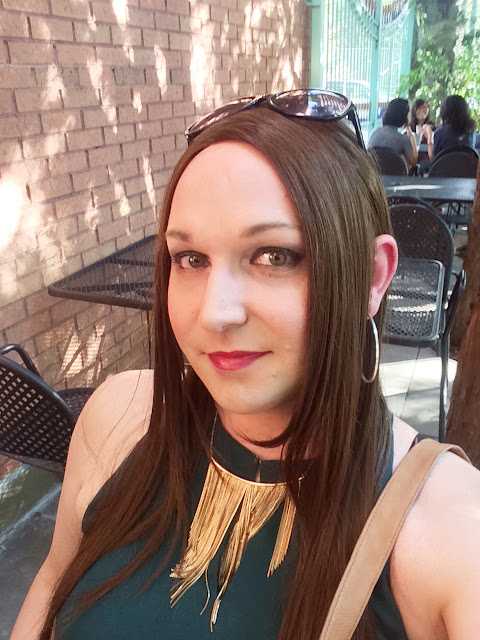 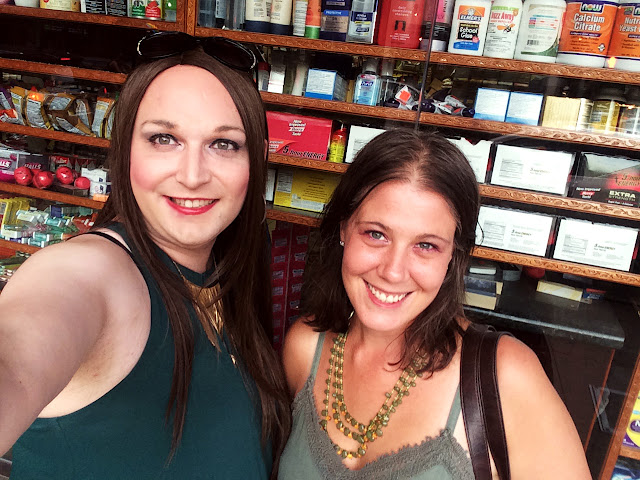 Luckily we were in Park Slope, so there were lots of other places to try. And we ended up at Black Forest in Fort Greene. And Luckily, they have the perfect lighting in their bathroom, I could snag some selfies. 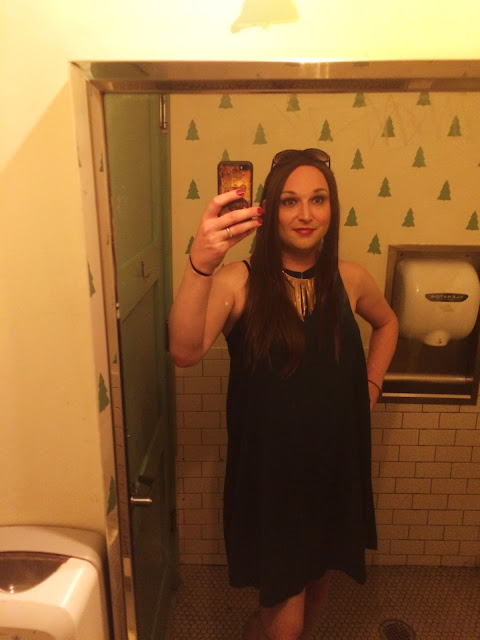 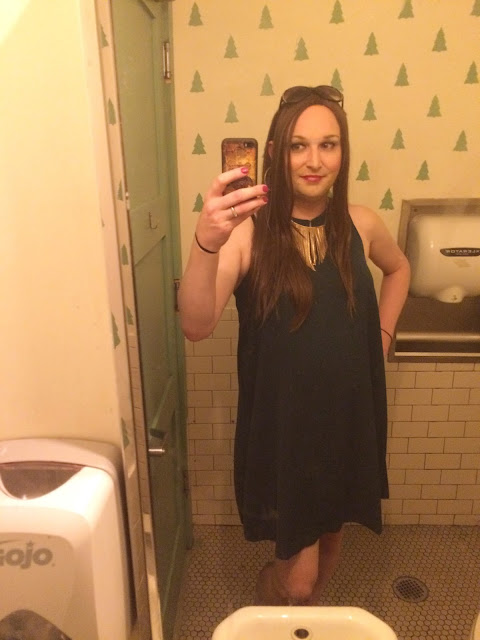 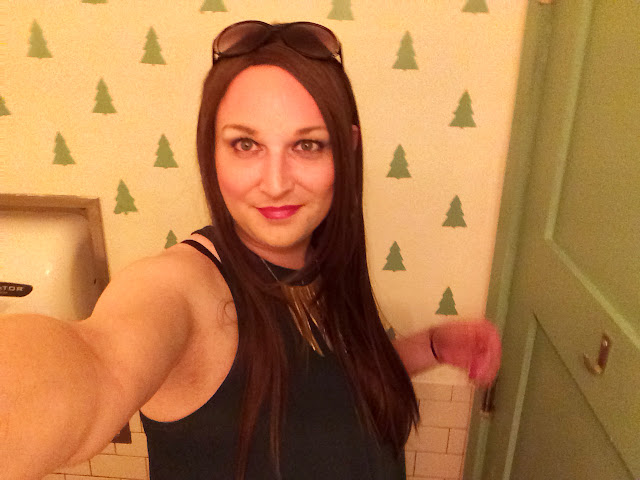 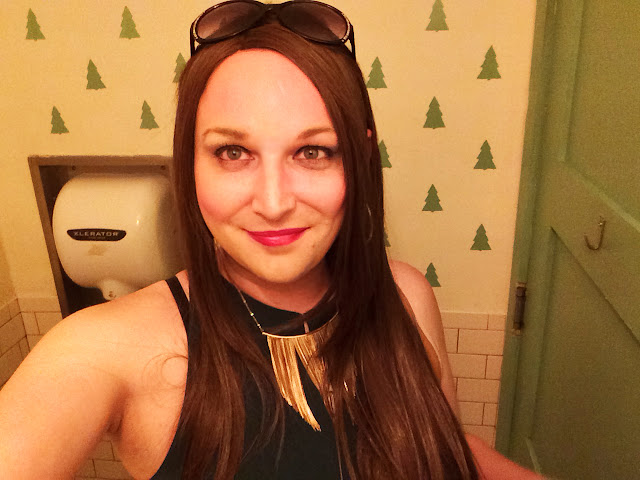 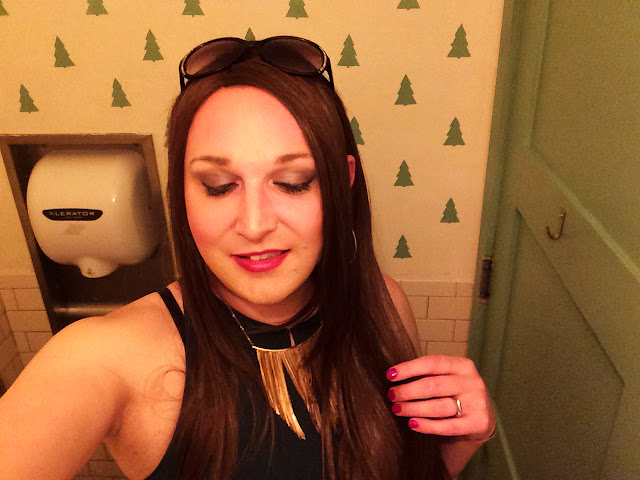 Posted by Faith DaBrooke at 9:01 AM